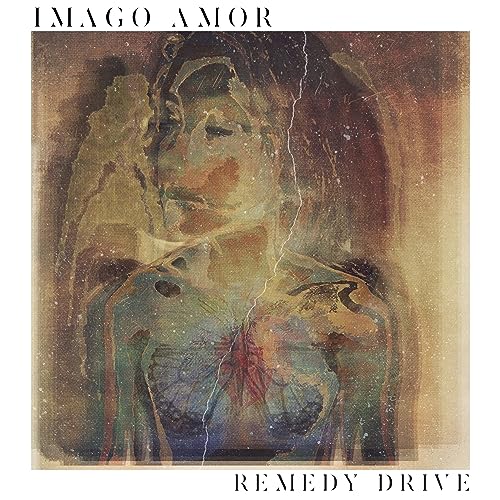 Remedy Drive have been a band that have had a very big social justice heart. Apart from their most recent album Imago Amor, it is especially present in the previous latest two studio albums The North Star and Commodity, where we have been introduced to songs borne out of the band’s various overseas mission trips to Asia- and the stories coming out of there. The big social justice heart comes in as lead singer David Zach and his and bandmates long for change in places like southeast Asia, with these two albums being labelled as counter-trafficking albums, albums inspired by David’s work with the exodus Road, and his undercover work in Asia to deliver youth from child slavery. Yet apart from essentially their Centricity Music debut album Resuscitate in 2012 (which I reviewed for the now defunct website Christian Music Zine), there hasn’t been an album (sadly not the past two!) that has entirely clicked for me- in terms of enjoyment. Resuscitate, to me, was the band at their best, as lead singer David Zach and co. unveiled guitar driven piano pop and raw organic rock moments, that reminded me of Switchfoot, Skillet and Kutless. Yet for one reason or another- other bands that were more high profile (and maybe these bands played it safe musically and lyrically also!) caught my eye and I dropped Remedy Drive more or less from my iTunes and Spotify playlists.

Now here we are in 2021- still in quarantine, whereby COVID-19 is still lurking around like a parasite that just won’t go away, with the Delta strain in full force. And while some artists are consciously delaying their completed albums (OneRepublic, I guess I’m relieved that you finally have a date for the album now; perhaps to coincide an album release with an eventual tour that will go ahead at the end of this year or next year sometime?); other artists are unveiling new music now in order to lift us up and encourage us. Remedy Drive fall into the second category. They’ve decided to unveil new music now, in order for us to hopefully feel like we’re not alone, and feel like we’re still apart of something bigger than ourselves- even if we are all apart from each other at home. We may be apart but Remedy Drive has released an album that unites us despite our physical distancing.

Imago Amor released in January this year, and it is only now that I have stepped out in faith and listened to the latest effort from the rock band. The result is one of the most musically diverse, honest, heartfelt and emotive albums I’ve heard this year. “Dragons”, the album opener and the lead single, opens proceedings, as the rock/metal song dives deep into our fears and insecurities about the lingering pandemic. As David employs Lord Of The Rings imagery to comfort and inspire us, he cries out that together we will succeed and together we will thrive if we band together and have each other’s backs. And with David eloquently relaying to us that ‘…we’re passing through the fire together, we’ll make our way, through these flames and these waves, this is a storm that we can weather, we’re turning numbers into names in these days…’, we are presented with hope and a sense of peace, that our darks days are only temporary, and that soon we will be with Jesus, and the war would be won. The title track (Latin for ‘image of love’) is next, and has the band channelling the message of We Are Messengers’ song “Image Of God”, with David and co. passionately uniting us all together in the name of love, declaring that we’re all made in the image of Love (aka God), and thus we as people aren’t as different as we might think and believe. As David prayerfully sings that we were and are made for communion, the message of being needed in the church body becomes even more prevalent and paramount right now.

“Lovely”, a pop EDM track, has David joyfully singing from God’s perspective, about how lovely we all are, that ‘…you are lovely like the stars above, you are lovely and you are still loved, don’t forget you’re beautiful and valuable, and I want more for you…’; while the close to 6 minute soft and soothing guitar led ballad “Caravan Princess” delves deep into the concept of human trafficking, and essentially encourages young trafficked women and reassures them that they are worth something special and unique, proclaiming that ‘…she’s as wild as she is medieval, she never told me her name, she’s as young now as she is old, Santa Maria, she is Notre Dame…’. “Burn Bright”, similar to Natalie Grant’s song of the same name, follows a theme that is identical to Natalie’s song, with David and his bandmates fervently highlighting to trafficked women that they still have fight in them, and that they can still stand up, rise up and burn bright for their convictions and beliefs; with this song also being the cornerstone for this album. Because how can we fully be known for being made in the image of Love and of God, when we turn a blind eye to the injustices of this world, inclusive of sex trafficking? Why wouldn’t we want to encourage someone inside trafficking, that they are worthy and they are good enough?

The existential ballad type track “Time”, is as morbid a song as they come, as David fervently sings about the passing of time, and that ‘…time is ever running out, and moving on, I can’t find a way to slow it down, when it’s gone, it’s gone, did I let it slip away before it began? I don’t want to burn another day…’; while the Switchfoot-like rock tune “Pax Melodiam” (Latin for Peace Song) eloquently reminds us of the fact that peace isn’t present when there are people around the world, including trafficked young girls, who are hurting and who are trapped. “Candle” is a soft, reflective ballad that is as inspirational as it is captivating, as David emphatically highlights to us the notion that we will make it in the end, with our candle alight in front of us; while Imago Amor ends with the heartfelt, heartbreaking yet hopeful melody “Blue”, inspired by one of the girls the band met while they were undercover at the Exodus Road.

Yet it is the powerful, piano ballad “Using My Name”, that is THE highlight of the entire project. Featuring David ardently and prayerfully singing from God’s perspective, the moving song in fact relays that we are in fact using God’s name in vain. We as a people, and this goes more than beyond using a few curse words here and there. As David passionately reiterates, we’re using God’s name in vain ‘…for your power and for your personal gain, for your advantage, for your wealth and for your fame, you’re using My Name in vain, the wealthy got their place of prominence at your feasts, on your committees and on your boards of directors, how can you defend your cultural dominance but not the least of these in your cities and in your public sectors…’, and he has challenged us to take a stand for what is true and what is right, not to just agree with what culture says all the time. We need to be active thinkers and not passive doers, and this song brings forth the culture of apathy and agreeing like sheep, and shines a light on what is once buried hidden underneath the surface.

I once thought that reinvention and rebirth of a band was not possible with one remaining member- even if that member was the founder and lead singer. David Zach has proved me wrong, with his hard work in scouring new members for the new Remedy Drive– and boy have they succeeded! Even though the band is down to only 2 members now (inclusive of founding member David!), Remedy Drive have recently captured a place in my heart, and hopefully in the hearts of many. In my opinion, I reckon the best is yet to come for this rock band, as they have over the years stayed true to the alternative rock sound, with a sprinkling of piano pop, and also reminded us that God is near, and have given us many moments to mull over. These guys are the real deal- and even if you don’t believe in Jesus like these guys do… there’s still no reason why you can’t be encouraged and inspired by such a talented and gifted band. Well done guys for a compelling and rich album both musically and lyrically! I can’t wait for what God has in store for you next!

3 songs to listen to: Lovely, Using My Name, Blue