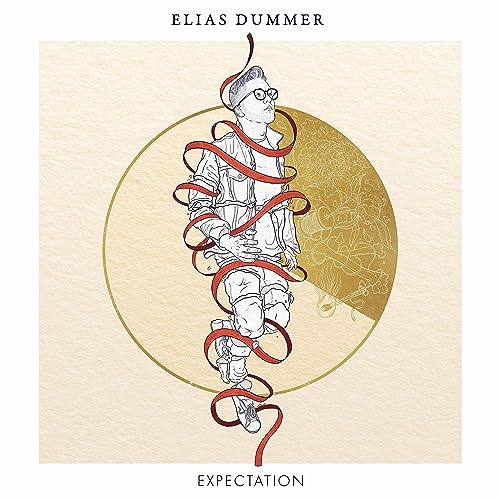 When The City Harmonic disbanded in 2017, I was a little disheartened- I’m sure they all had their reasons for everyone going their separate ways, I respect that, but just as I felt with All Sons and Daughters and how their split was seemingly unexpected, here I was witnessing the very exact same thing- The City Harmonic parting ways, only for lead singer of the band, Elias Dummer, to venture out on his own to create a solo album in early 2019. And while people can have their theories all they want about why this band broke up, and why that band did as well, but the truth of the matter is this- bands are only around for a season in life. They do break up, some do it albeit in a shorter time frame than we ourselves even realise, but nevertheless, what The City Harmonic had, and what Elias continues to have, are songs of hope, poetry, heartfelt poignancy and justice, as songs like ‘I Have a Dream’, ‘Mountaintop’, ‘A City on a Hill’, ‘Manifesto’, ‘Honestly’ and ‘We are One’ (to name a few) have shown us a different side of corporate worship than the one that we may have seen ourselves. As 2019 rolled around, Elias offered an EP to us in the form of a solo ‘debut’ called The Work, Vol. 1, comprising of worship songs for the church. It is true though, that worship is an everyday life activity, rather than just a transactional experience that people often partake every Sunday, nor is it a genre of music. Worship is so much more than what we as Christians in Western society have reduced the word to, and thus, Elias’s first album was in some ways, a revelation and a realisation that worship is far bigger and grander, far more reaching and pivotal, than we can ever dream it could be. It is the work we do on a daily basis, the people we interact with, the songs we sing to our Father, the priorities we place over others, it is the overall daily existence we live, because if we boil everything down, it’s this- that worship is how we respond to what Christ has done for us. It can be through song on a Sunday, and it can be through music, but often, worship is expressed through ways that the traditionalist view (singing songs on Sundays) may find it hard to reconcile. And this is why I reckon Elias’s debut album was one that is as much needed amongst people who may find it hard to comprehend the concept of worshp in any other way than on a Sunday; as it is needed in society in general. Fastforward to 2020, and Elias released another new EP titled The Rest, Vol. 1, a reminder for us all to take time for ourselves, reflect on God’s goodness, and strive and worry less. A companion to listen to alongside Elias’s debut, we are called to rest in Him through these songs on the EP. Now here we are in 2021, and Elias has once again delivered his lyrical prowess to present a track that is as reflective as it is worshipful. ‘Expectation’ released today (9th July 2021), and is the first single from the forthcoming EP, The Work, Vol. 2; TBA 2021/2022.

Written with Soul Survivor worship leader Ben Cantelon, ‘Expectation’ the song is about just that- expecting the Lord to do wonderous things here on Earth, bringing about physical healing, and the signs and wonders that often come from when you expect supernatural things happening in lives around us and in us ourselves. Sometimes we make Christianity more complicated than what it really is- and that our faith in Christ needs to be that of like a child- full of innocence and wonder, full of joy and unbridled expectation about expecting things from God that we know are going to come through, in the way that we assume that they are, or even in a way that we don’t even expect. God will come through, and if it is what we expect, then great. But if it isn’t, then great as well. The Lord uses whatever experience to shape us for His glory and our good, and if life doesn’t turn out to our own planning, then maybe, just maybe, what we’re experiencing is shaping us more to become like the people that God intended. To expect something to happen, doesn’t mean that it will, and it doesn’t mean that we get upset with God Himself if things don’t come out the other side like how we expect. For God is God, and we are definitely not. Elias has reminded us of this, and ‘Expectation’ encourages us to keep on hoping and expecting, even if we are in the midst of things aren’t coming as true as we’d like. God always comes through, but we must first believe that how it looks like to Him, can be totally different to how we envisage it to be. With this song being the pre-cursor to what we believe The Work, Vol. 2 to be, Elias’s new batch of songs are almost certain to challenge and inspire…maybe, just maybe, this collection of songs can rival Phil Wickham’s and become some of my favourites of 2021, by years end? Well done, Elias; for ‘Expectation’. Can’t wait for the remaining songs from the forthcoming EP, whenever they arise!