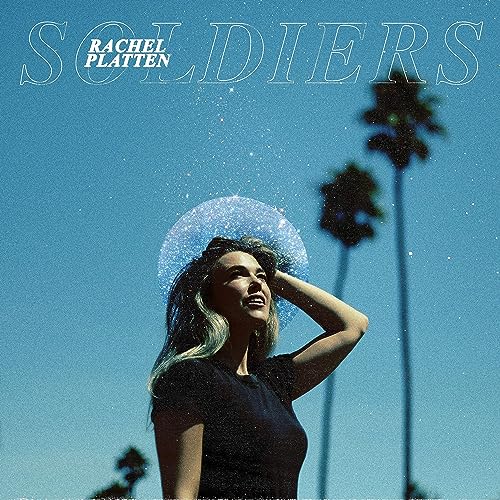 ‘…it wasn’t such a singles market before. It was about albums. Now I don’t know that people even know necessarily the artist connected to the song. So that’s changed a lot; it’s way more about the song than about the artist. I also think the way we have to keep up with social media as artists changes how we write and how we view ourselves. Before, you didn’t have to be so focused on how you were perceived every minute. Our Instagram feeds have become highlight reels that are sometimes a lie. It’s pretty exhausting. Honestly, it can be at the expense of your art. This year I deleted all the social media from my phone while I was in the studio. I watched my numbers on social media drop because of it. That was scary, but I was like, that doesn’t matter. My job right now is to create the realest, most true thing that I can…’ Authenticity and vulnerability can be a hard thing to champion and associate with in an industry that seemingly values sales and image more than what is actually being said. Herein lies the issue- that artists like Rachel Platten can be a rare breed, with is a little sad. Rachel Platten has always been an artist I’ve admired since her breakout powerful radio single ‘Fight Song’. Ever since 2015, I’ve become impressed and excited about every single release of hers- her album Wildfire was even the first ‘mainstream’ album we as a site reviewed- you can read it here, and we as a site went on to review Waves as well, and my brother Josh even delved into her art and music as part of his own top 50 Up-and-Coming artists list (of which can be seen here). All in all, this emotive and powerful singer has been a breath of fresh air, reminding us all that you don’t necessarily have to be as popular as the next guy, to make something that matters. Rachel’s fame and popularity will always come back to ‘Fight Song’- yes, unfortunately or even fortunately, that will be the song she’ll be remembered for, at the end of the day.

Regardless, Wildfire as a whole, and her subsequent album Waves, are two gems that are certainly underrated, and in turn, makes Rachel the artist a rare find, one that writes from the heart and delves deep into the human condition of hope, loss, pain, joy and everything that encompasses a human life. I’ve been thoroughly challenged and calmed by her music- songs like ‘Stand By You’, ‘Better Place’, ‘Astronauts’, ‘Angels in Chelsea’, ‘Perfect For You’, ‘Hands’, ‘Grace’, ‘Broken Glass’ and ‘You Belong’, alongside the aforementioned ‘Fight Song’, are just some of the many songs Rachel has created that has resonated with people, myself included, over the years. With her last album release in 2017 (Waves), and a few singles here and there released after that- ‘You Belong’, ‘Little Bit of Love’ and ‘Wonder’; Rachel is back at it again in 2020 with ‘Soldiers’. Whether this song is part of a new album or just a stand-alone single remains to be seen, but what I will say is this- that the song by Rachel has certainly tugged at all the emotional heartstrings of us all, and is quite possibly one of the most underrated songs over these last few months. With the song debuting in a CBS ad about the upcoming TV season, Rachel Platten has created a song of hope and encouragement, of universal encouragement and poignancy, as this potential first single (of an album titled TBA releasing TBA 2020/21) comes to us when we need such a song as this, the most. ‘Soldiers’ challenges us to be better citizens and better camaraderie’s and friends to people that need it the most.

‘…I can’t wait to share more about the song with you over the coming weeks – but for now, just a quick note to say how proud i am to release it for so many reasons. Its my answer to all the division and confusion around us. I really believe that we NEED art and beauty of all kinds right now to help remind us who we are and that we all have the same beating hearts. So this is my little call to creators of all kinds – we need YOU. we need your brave voices and your truth. Keep sharing your beauty. We might fall but we won’t break! …’ Even though it’s a tad over 3 mintues, the heart behind the track is anything but short and contrite. For such a song as ‘Soldiers’ encourages us to be just that- soldiers. Battlers, people that press on through adversity, those who encourage others before each of us; those who place the need of the other before the self. People who are selfless, running to the need of the other, and having something extra to help people around us, especially during now in 2020, and especially in the moments where we may not necessarily get a ‘thank you’ in return. For ‘Soldiers’ is a moment of realisation that at the end of the day, how we have loved people and how we know that we have been loved is what matters, that love in its purest form, unconditional and without anything in return, covers a multitude of issues we are dealing with. It allows us to forgive ourselves and others; and allows us to fall and make mistakes in the first place. In a weird way, ‘Soldiers’ reminds me of my own relationship with God, and how there’s nothing I know I can do to make Him love me more, or less. That His love for me is what it is, which is what it is. There’s nothing else to it! We press on like soldiers, to the finish line, knowing our goal- to love others as Jesus has loved us, and that is what we seek to accomplish in our lives, even if others may think we’re fighting a losing cause.

Nevertheless, ‘Soldiers’ is a compelling track, one that will be thoroughly enjoyed if you love Rachel’s previous music, or if you’re a fan of other similar-styled artists like Tori Kelly, Cimorelli, or Taylor Swift. For this song isn’t for the faint-hearted, nor is it for people who just want to listen to a bouncy pop melody. This track is deep, easily some of my favourite Rachel Platten songs ever! Rachel’s heart to make music that makes listeners feel emotions and connects them together in hope, love and encouragement is evident in the music she makes, ‘Soldiers’ included. Well done Rachel for such a powerful and emotive song, one that will hopefully stir us up to take action and live our lives like soldiers, with a purpose and zeal, rather than passively every day!