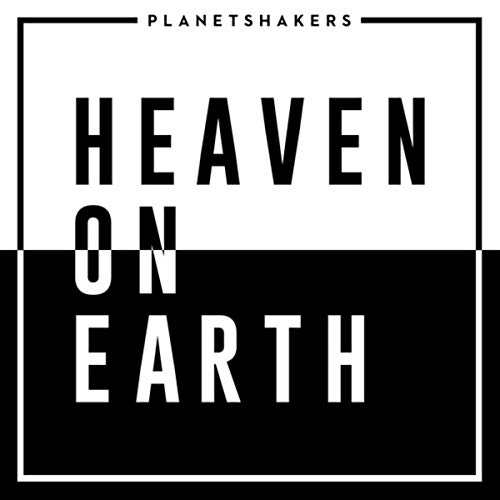 One of Australia’s most popular, passionate, creative and inventive youth and praise and worship bands, Planetshakers have created many stellar and poignant live and studio albums since the early 2000’s. In the same vein as Hillsong (in all its incarnations- Worship, UNITED and Y&F), these Aussies release at least 1, most likely 2 albums every year. And though I previously hadn’t been as fully immersed in the band’s discography than I reckon I could have been (except for a full appreciation of earlier albums Rain Down and All that I Want– which I received in the mail way back in 2004, starting me onto the journey of now loving Christian music!), it is later albums, namely This Is Our Time, Momentum EP, Overflow and The Outback Sessions that have greatly impressed me, and piqued my interest for future projects of the band. What I did learn from listening to and reviewing Planetshakers’ recent albums (view the reviews here) was that a few albums of less cohesion (in my opinion Heal This Land, Limitless and Endless Praise), doesn’t mean the next album is going to fall flat.

Which brings me to this year, where the young men and women of God have unveiled their latest live project Heaven On Earth. Comprising of all of the tracks in each of the 3 EP’s titled Heaven On Earth Pt 1, 2 and 3, as well as a few extra tracks; it is of my own opinion that this year’s collection of newly written and recorded songs are the band’s best since Overflow! Yep, I reckon the band have recorded a near-flawless project (even better than the musically and lyrically strong Legacy from last year!), and hopefully future albums from the band are equally as impressive.

The project also contains plenty of live material as well, from their concerts in Asia and around the world. One such resounding and impacting live anthem is the opener “There Is No One Like You”. EDM and a dance pop rocker at heart, Joth Hunt leads this high-octane and energetic melody to perfection. Electronics abound here, yet at no point does this song seem cliché, as we are encouraged to jump for joy and praise our Father in heaven because there isn’t anyone on Earth like Him, and there’s isn’t anyone outside of Earth like Him either. With the opener being such a blast and fun to listen to, this makes the second song “Electric Atmosphere” musically and thematically redundant, as it basically tells us the same thing, albeit with a more pop atmosphere and more of a crowd participation focus. However, the title track (which is also featured as a studio radio single version as he last song!) beings things back on track, as we are met with a CCM-esque praise and worship song imparting to us that where we want to be is where Jesus is; while the in-your-face no-nonsense jazz/gospel infused rocker “Move Out Of My Way” is sung to all of the haters, inclusive of Satan, imparting that ‘…I am here to lift His name and bring a sacrifice of praise, for He’s been so good to me…’, a song that is also recorded as a ‘heavy’ version complete with metal screams ala RED or Memphis May Fire- left field yet still compelling and impacting.

“The Greatest” also features Planetshakers rocking out and jumping for joy, as this dance anthem also contains instrumental electronic synth refrains that make for greater depth, with the band crying out that Jesus is the greatest of all (a simple concept yet very true!). While there are also two remixes present on Heaven On Earth– “Through It All” (from Legacy) and “Nothing Is Impossible” (which doesn’t really need to be expounded upon except…Israel Houghton is a brilliant songwriter, out of this world truly!), and these two remixes are creatively done, and bring so much to the table on this album, including fresh and reinvigorating takes on some songs we know and love. But as much as I absolutely love Planetshakers rocking out and being all energetic, there’s something about the slower songs here that really capture my attention and really set them apart from a lot of other worship bands out there.

“Above All Names” sounds like something Lincoln Brewster would sing, as we are introduced to a powerful, explosive guitar led power ballad, as the band eloquently declare that there is power and freedom in the name of Jesus; while “Draw Close Again”, the longest song on the album at just over ten minutes, would have to be my most favourite track of the album. Not dragging at all, we are met with a stirring prayer led by guitars and keys, to Jesus relaying that ‘…I draw close again and give You all I am, to bring You praise, to bless Your holy name, ’cause there is awe and wonder in the love of Your embrace…’. “Not Alone” is pleasant enough, but next to the two previous slower paced gems does sound quite cliché, although the song is still enjoyable, despite the concept of us not being along already being sung to death (Kari Jobe and RED both record similar songs with greater urgency and poignancy!).

However, “Rivers” grabs my attention once again, as this swelling worship anthem contains a vibrant crescendo that puts all other crescendos to shame- as the band once again deliver an epic melody relaying that all we long to do is to dive into the rivers of God and to explore all that He has for us. “I Want Jesus” is yet another ballad from Planetshakers, and though simply titled, is nonetheless inspiring and impacting, as we are met with a heartfelt prayer admitting that we need Jesus in every facet of our lives, while the last slower song on Heaven On Earth is “Overcome It All”, and is something that Hillsong would record- as this CCM-like worship anthem invites us to lift up God’s name on high, the very same name that has overcome everything in our lives.

Overall an enjoyable album that has definitely continues my reinvigorated interest for Planetshakers a bit more; this unique and diverse track list has certainly created momentum, and given me new songs to sing out to Jesus during times of joy and hardship. Still not as impacting or rousing as albums from Passion, Jesus Culture, and Hillsong, Planetshakers have done Australia proud with their latest live anthems and dance melodies, full of inspiring messages and uplifting lyrics about Jesus! Well done Planetshakers for creating a near-flawless set of songs that are sure to be repeated on many iTunes playlists!

4 songs to listen to: Heaven On Earth, Draw Close Again, Above All Names, Rivers