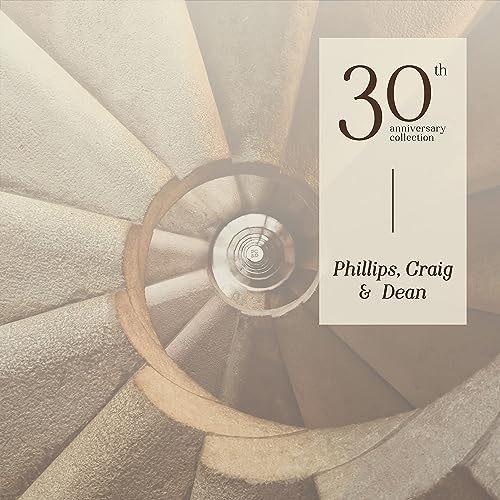 It’s hard to create best-of projects. No matter the artist. And no matter the album. With only a few exceptions to the rule (I see Third Day’s Chronology Vol. 1 & Chronology Vol. 2, Newsboys’ Shine: The Hits, Delirious?’s History Makers: Greatest Hits and U2’s 18 Singles as near-perfect best-of projects in recent history and memory); best-of projects in general get a lot right, and a lot wrong, oftentimes in the same best-of project. For a best-of anything to encapsulate a certain era of said band/artist to a tee is never really fulfilled, even though people assume, rightly or wrongly, that any best-of by any artist is literally a one-stop stop for singles, that whatever best-of project is released, is done so, so that people can have a certain ease of convenience if they want to purchase a best of album that hopefully highlights the artists career. Sometimes, an album does highlight someone’s music career, and sometimes it’s far off the mark. Newsboys’s ‘best-of’ collection God’s Not Dead: The Best of Newsboys completely ignored the Peter Furler years when that best-of album was released not too long ago, and only amounting to 12 tracks, was still a poor representation of the Michael Tait era to begin with. For the most part, Rebecca St. James’s best-of album unveiled in 2004 (Wait For Me: The Best of Rebecca St. James) was a reasonable collection of Rebecca’s hits to that point, yet it was missing a few standout songs from her earlier years that could’ve all been included on what would’ve been a great 2-disc best-of project (songs like ‘For the Love Of God’, ‘Don’t Worry’, ‘Abba Father’, ‘Omega’, ‘Peace’, ‘OK’ and ‘Quiet You with My Love’ were omitted completely, while lesser-known tracks like ‘In Me’, ‘All Around Me’, ‘I’ll Carry You’ and ‘Come Quickly Lord’ were also not present). Regardless of Rebecca’s best-of album, or any best-of albums in general, there’s always a sense of enjoyment when it comes to listening to a best-of album release- it’s like you’re going through a brief snapshot of their discography, just to be reminded of why you love their music in the first place. Enter in Phillips, Craig & Dean’s latest best-of album, 30th Anniversary Collection.

Now let me just say that I appreciate Phillips, Craig and Dean and their music over the years. But this new compilation album just doesn’t really cut it. I mean, objectively, these 20 songs here on this album are great. But for a best-of to supposedly span 30 years…well, it doesn’t. In fact, a lot of these songs here on this 20-track album are from the last 20 years, and nothing pre-mid-2000s. I’ve known the trio to have great harmonies, but I’ve also known them throughout the years to be a great worship cover band, maybe even second to Shane & Shane. But that’s not how the trio started off as. They wrote original music (not necessarily original worship music, but original pop/CCM songs in the 1990s). That is not reflected here in this 20-song compilation one iota. Which is fine. But, if we want to have a more holistic approach to Phillips, Craig and Dean and their career thus far, this album ought to be purchased in conjunction with their 2006 best-of album, Ultimate Collection. Otherwise, this is just a snapshot of the last 15 years if that. Nothing wrong if that’s what they wanted this album to convey. But I’ve listened to my fair share of best-of albums from a lot of artists, to know when a so-called best-of album isn’t really a best-of album. Unfortunately, this album isn’t really that best-of and isn’t really that ‘wow’ either. People who have enjoyed and appreciated their worship covers will love this album, basically anyone who’s been a fan of their music post-‘Revelation Song’. Which isn’t really me.

I’ve enjoyed a few of their worshipful covers on and off, but I’ve always known that they’ve written original music in the past. Which isn’t reflected here, which is sad, and which is why this album ought to be listened in conjunction with their 2006 best-of album. Otherwise listening to one without the other wouldn’t be the full picture. Nevertheless, objectively the songs and the album are good, but if you were to take into consideration that this album ought to reflect 30 years of their career, this album falls considerably off the mark. Individual songs like ‘Revelation Song’, ‘When the Stars Burn Down’, ‘Friend of God’, ‘Your Name’, ‘From the Inside Out’, ‘Jesus, Only Jesus’, ‘Amazed’, ‘Tell Your Heart to Beat Again’ and ‘Great I Am’ are great, but I would’ve liked to hear more original songs, like ‘When God Ran’, ‘Crucified With Christ’, ‘Shine on Us’ and ‘Mercy Came Running’, to name a few. 30th Anniversary Collection is perfect for worship music enthusiasts…but not anyone else.

4 songs to listen to: Revelation Song, When the Stars Burn Down, Friend of God, Your Name