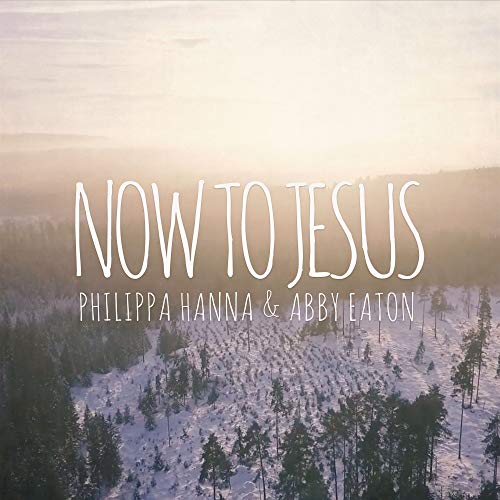 Philippa Hanna is by far one of my favourite artists (solo artist or band) to come out of the U.K. region. Ever. Period. Alongside others like Tim Hughes, Matt Redman, Martin Smith of the now disbanded Delirious?, as well as the ever popular Rend Collective, Philippa’s music has been influencing my own life ever since her poignant and heartfelt ‘I Am Amazing’ that she recorded way back in 2011. Since such a date where she released her life-affirming and identity building anthem, she has continued to inspire many listeners around the world, from her humble beginnings with her albums Watching Me and Taste, to her momentual hits “Lighthouse”, “Hollywood” and “Stars Will Fall” from her 2013 offering Through the Woods, as well as songs like ‘Arrow’, ‘Even Now’, ‘Run to You’ and ‘Something Better’ from her 2016 album Speed of Light. About a year and a half after Speed of Light we saw Philippa unveil her first ever country/gospel album in Come Back Fighting, and she continued on with her songs that were delivered in a relatable way and a faith angle, all the while experimenting with new sounds and musical genres. Her 2017 album gave way the hits of ‘Off the Wagon’, ‘Getting on With Life’ and probably her most vulnerable mainstream-esque hit ‘The Hero’- each of these songs could hopefully succeed at mainstream radio, both now and into the future.

‘Off the Wagon’ speaks of how at times when we fall down for whatever reason, be it physically, mentally or spiritually, we ought to have people beside us (or even God Himself as we rely and cry out to Him) to come alongside and carry us through our troubles, while ‘Getting On With Life’ allows us to see things from other people’s perspective, to be slow to judge and to listen to the other side of the issue or story, because everyone in this world is just doing the best they can and are just ‘getting on with life’. While ‘The Hero’ I could see succeed very well on mainstream radio, as Philippa herself delivers a theme that I reckon in life we often ride underneath the rug- the issue of vulnerability and the need to constantly be ‘the hero’ and to show that we are strong, even if we are totally the opposite. Philippa allowed this song to state the opposite, that to show our strength we do need to be vulnerable, that everyone needs saving in their lives at some time or another. Fast forward to the end of 2018, and Philippa has given to us another song- a worship melody in ‘Now to Jesus’, quite possibly the first outright worship song she’s written…ever!

Recorded and uploaded to youtube in the form of an acoustical video duet with fellow singer-songwriter (and also contributor to this song) Abby Eaton, a few months ago; Philippa’s new song is one of hope, encouragement, and enthusiasm, as this 4 minute song sounds more and more like a modern-day hymn, the more and more I listen to it. For Philippa to record this song as her first worship melody is great, considering that all of her music catalogue prior to this has been more pop/CCM. Nevertheless, Philippa’s heart has always been to encourage us on this journey, and whether it is through worship or through CCM/pop, it doesn’t really matter. ‘Now to Jesus’ is a great worship melody, and is a song that made me think I had heard the melody before, even though I did not. I guess this melody that lays the groundwork to ‘Now to Jesus’ is a familiar one. Nevertheless, the song itself is one that is sure to impact whomever hears it- and with impactful chorus lyrics like this- ‘…now to Jesus, Jesus who is able, able to do more than we could ever ask or imagine, we will give You all the glory, only You are worthy, worthy of all praise, worthy of all praise…’, what’s not to love about the song? Though it may not be as lyrically colourful and sophisticated as ‘Is He Worthy’ by Andrew Peterson, nor as musically unique and grand as Chris Tomlin’s ‘God’s Great Dance Floor’; nor does the song really need to be, at all. What makes ‘Now to Jesus’ appealing and heartfelt is its simplistic musical nature, and the ability of the song to rely more on vocal ability and emotion in the voice, rather than lyrical symbolism or even musical theatrics. ‘Now To Jesus’ is a certain standout for me in terms of worship song of this year thus far, and will certainly be one of my favourite worship songs of 2018 when December rolls around!

Philippa’s new song is a great follow-up to what I reckon will be one of my favourite albums from her…ever (Come Back Fighting and Through the Woods are perhaps some of my favourites of hers). The song itself is full of lyrical and stylistic ingeniousness, as Philippa brings to listeners a melody full of biblical sound foundation of faith, as she duets with Abby Eaton on, just basically what the gospel is for us and for everybody. All within the style of an acoustical piano based setting, rather than something more grandiose (what much of today’s worship movements undertake)…and that’s ok. And while she’s still not as publicised or even as popular as one would hope she’d be, her presence on both British Christian and mainstream radio is growing. ‘Now to Jesus’ was unexpected, but that doesn’t necessarily mean that the song is any less encouraging or poignant. A joy to hear and enjoy regardless of your favourite music genre or if you know Philippa and her music or not, this song is full unfiltered worship at its best. Well done Philippa for such a song full of heart and honesty, a great duet that’ll be on my iTunes playlist for some time to come!