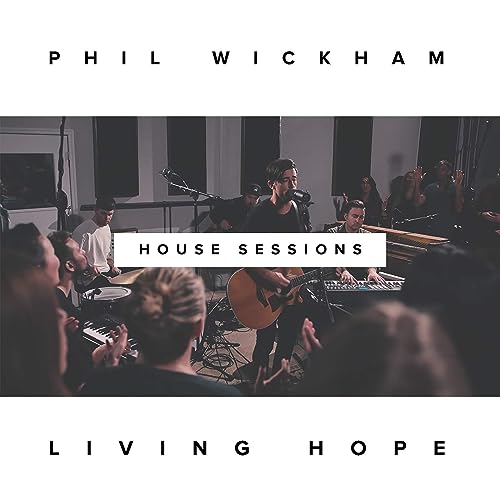 Phil Wickham has a knack of delivering great acoustic albums. Just look back at his music career for a second. You have the acoustic albums Singalong 1 (acoustic versions of songs from albums Phil Wickham and Cannons), Singalong 2 (acoustic versions of songs from albums Heaven and Earth and Response) and Singalong 3 (acoustic versions of songs from album The Ascension), alongside Children of God: Acoustic Sessions. In each of these volumes, it’s just Phil, the acoustic guitar and these songs, making the experience much more intimate and compelling. For as long as I remember, hearing these renditions on all the Singalong albums, as well as the recent 2016 acoustic album, makes me enjoy the original songs all the more. This further proves the fact of Phil’s ability to take a song and strip it down to just acoustics, creating a space for the Lord to move and speak, thus making much of his songs and his discography more impactful and encouraging because of these acoustic renditions.

Quite possibly one of my favourite worship artists of all time, alongside others like Meredith Andrews, Paul Baloche, Christy Nockels, Tim Hughes and Chris Tomlin; Phil Wickham has continued to impress with every album that releases, and as the years go by, we see a sound that has been refined and matured as Phil delivers songs that are as poignant as they are seemingly out-of-the-box musically and hence, in some ways, underappreciated in the scope and realm of worship music as a whole. While artists like Chris Tomlin, Hillsong (all its facets), Jesus Culture and Bethel Music are the most popular at the moment; it is nice for Phil to come along and inject some kind of life and vitality into the worship music genre. Not that the worship music genre is a bit of a drag, yet sometimes, it needs someone to come to present to us a new kind of how worship music can be portrayed…and Phil Wickham has done just that throughout his career. Alongside artists like UNITED, Paul Baloche, Crowder and All Sons and Daughters, we have been given a glimpse into a level of worship music that is as emotive and powerful as it is musically profound and lyrically poignant. And so Living Hope, Phil’s latest studio album that released in August 2018, was, and still is one of my favourite albums of 2018. Phil’s enthusiasm and heart for worship is as infectious as ever, and at times on Living Hope, we get a glimpse into the style that British worship band Delirious? once was, and how they themselves could’ve sounded like if they were still a band today. In fact, I reckon much of Phil’s music is on a similar vein musically, sonically, poetically and lyrically to Martin Smith and the rest of the guys from Delirious?, which is not necessarily a bad thing.

All these months later, Phil has decided to release an acoustic version of the album Living Hope, titiled Living Hope (The House Sessions). Much of the album was recorded in house settings (we don’t know whether it was Phil’s house or someone else’s), and complete with 9 songs, this acoustic selection of songs is as encouraging and impactful as the original studio album this was based upon, in fact, at times, I enjoyed the acoustic versions of these 9 songs (well, 8 if you don’t included the 1 minute intro, which is just a refrain of famous worship song ‘King of My Heart’), more so than their original counterparts. Writing authentic, powerful, heartfelt and emotive songs for us to contemplate and dwell upon, Phil’s music in a holistic sense is an embodiment of vocal effects and an electronic undertones, yet on Living Hope (The House Sessions), it is in fact Phil’s charisma and enthusiasm that oozes throughout each track with his distinct trademark voice anchoring each melody, making this acoustic album one of my favourite acoustic albums by any artist in a long time (I guess the other one, aside from all the previous Phil Wickham acoustic albums previously, that springs to mind that was as impactful as this album, is The Outback Sessions by Planetshakers).

So how does this acoustic album compare to the original recording of Living Hope? Firstly, this acoustic offering is indeed shorter- 9 songs as opposed to 13, nevertheless, Phil invites the listener on a journey where songs are shared without the layered instruments, thus the lyrics can be highlighted more effectively. Songs like ‘Living Hope’, ‘Song in My Soul’, ‘Christ is Risen’ and ‘How Great is the Love’ become instant standouts for me personally as Phil strips everything away, and with just his acoustic guitar and his ethereal voice, we are reminded that in this album, a song is much more than the music behind it, that sometimes, and I mean just sometimes, the electronics and unique effects that come with a song can be a distraction, and what an acoustic album serves (especially all of Phil’s acoustic albums) is this- are we still enjoying the songs as much now with just the acoustic guitar as we were with a full instrument setting? I’d like to say yes, and most of the time it is. In fact, 99% of the time, in my case, I have enjoyed the acoustic renditions to the same extent, maybe even more, than the original recordings. Being much more intimate, the lyrics are highlighted and the passion more evident in an acoustic song compared to its full band counterpart.

Phil’s new acoustic album is a must for anyone who loves Phil’s music, worship music, acoustic music or any combination of the above. But, if you really, really love electronic worship music, then I guess this album won’t be the one for you. Still, this is an album that can be appreciated even if it is not universally liked. Because Phil’s passion is more so than ever, his heart and intentionality cannot be denied. Just read my review of Living Hope that I wrote last year, and what I impart about each track then, is how the versions on this project sound like…just minus all the instrumentation and adding in the acoustic guitar. And while it can take a while getting used to hearing songs that are lacking instrumentation, often at times we see that when a song is stripped away, there become more of an intentionality to declare the words with honesty- because with no music to hide behind, aside from a few acoustic guitar strums every few seconds of the track, we hear the enthusiasm (or lack of) in the voice, and therefore we continue listening to the album or not based upon this. Thankfully, Living Hope (The House Sessions) provides us with renditions of songs, equally, and maybe even more so, as encouraging as impactful as the original counterparts.

Over the last decade and a half or so (his first studio album Give Me The World was an independent one made in 2003), Phil continues to present poignant songs of praise and perseverance as this new set of songs (the songs on Living Hope) are some of the most emotive and energetic I’ve ever heard Phil perform in his whole career. In fact, he has created acoustic albums aplenty over the years with is various Singalong albums, and thus, this new project is nothing new. Still, it is great to hear Phil’s new interpretation of his most recent songs, with this album being a must-have for anyone who has been fans of Phil’s music previously, or if you are a fan of artists like Leeland, Tim Hughes, UNITED, All Sons and Daughters, or Crowder for that matter. One of the most vulnerable and powerful collection of worship songs I’ve heard in 2018, this 2019 album continues to remind us of the ever-needed presence of Phil within the CCM industry, with the worship music industry being enhanced by Phil and his continued and proven music, as these months and years progress. Well done Phil for such a grounded and emotive acoustic album. Looking forward to the next official album release, whenever that may be!

3 songs to listen to: Song in My Soul, Christ is Risen, How Great is Your Love