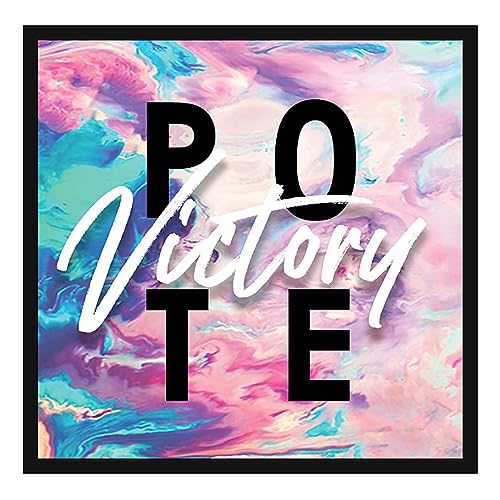 Borne out of Somerset, Kentucky as well as Nashville Tennessee; worship artists and collective People of The Earth have released a few EPs throughout their career as a band, and though each of them received very moderate success, the group continue to soldier on, delivering songs that are instrumental and pivotal, I reckon, to the church as a whole moving forward in relation to songs that people can sing during a new season of joy, growth and hope. Comprised of Dustin Fenison (Vocals / Guitar), Jorge Lopez Jr. (Drums), Steve Hampton (Guitar), and Josh Lopez (Keys, Vocals), we are met with a group that always places God first, in everything that is ever undertaken. And while for me they are a relatively unknown and a new band (seriously, aside from all the signed artists, I’m afraid the other indie outfits tend to be overlooked); their heart and passion for creating worship songs still remain. As said by lead singer Dustin Fenison; ‘…we have witnessed God do miraculous things as He is awakening a community of believers to His power- walking through this season of claiming Jesus’ ‘victory’ has been the framework for this EP. We use this phrase “In All Things, Jesus” at our home church to be a summation of this idea that the gospel changes everything about us and how we engage with everyone around us.  Jorge, Steve, Josh and I serve each week at our church and through that we are learning just how to live in this reality.  We are desperate for God’s grace and love daily…’ Featuring the guest vocals of Tricia, formally of Superchick, on lead single ‘Even Louder’, we are met with a collection of songs certain to be in Sunday morning worship setlists in months and even years to come!

Originally written as a song for the church- and thereby not attributed to any artist at all, songwriters Benji Cowart, Tony Brown, John Jay and Matt Armstrong have crafted what I reckon is quite possibly, alongside ‘Enough’ (Elias Dummer) and ‘Cover the Earth’ (Kari Jobe, Cody Carnes), one of the best worship songs of the 2018/19 period. And because this song doesn’t have a formal artist attached to the song, the song itself is covered by many an artist, People of the Earth included. And with artists like Steven Malcolm and Leeland, as well as indie worshippers Isaac, all adding their own spin on a song that I’m sure in 5-10 years, will become a worship song classic; we are met with honesty and humility, that even if everything else falls, we will sing louder His name, because He is still worthy of worship, regardless of what is happening around us. A song that is a definite standout on the EP, People of the Earth encourage us to understand, that ‘…even if the drums stop beating, my sould will keep on singing, even louder…even when my eyes can’t see it, I’ll sing till I believe it, even louder…’

‘Strength of my Heart’, the first song on the EP, features electronic instruments and looping, and features a cliché lyrical set of declarations in the chorus, but even still, this song is infectious and emotive, powerful and well…true. because indeed, God is our strength, and with the vocal of the band sounding similar to that of Jon Micah Sumrall of Kutless; we can attest to the fact that this melody, though cliché, works, because, if I’m enjoying this song and am really needing to be reminded by the words in this song, then I’m sure others are as well. ‘Victory is On the Way’ follows, and features more of an ethereal music moment as the band invite us to understand that God fights on our behalf, that He is a jealous warrior and our defender and protector, and thus, we know that the victory we have is in Jesus alone, because He fights when we can’t, and stands tall in the face of the enemy when we’re flat on our face. A song that can be inserted in Sunday morning worship services in the upcoming months ahead, the band continue to present a plethora of themes- ‘Jesus Saves’ is a modern style hymn co-written by the band’s worship pastor David Moffitt (a songwriter for Capitol CMG) and worship leader Travis Cottrell, as the duo create a song that remind us all of the things that Jesus saves us from, while ‘You’re the Fire’ (with an acoustic rendition at the end of the EP as well), shows People of the Earth with their Rend Collective hats on as the band present a song that could’ve gone well on Good News from Rend Collective last year- the song itself uses acoustics and banjos to present to us that God is our fire in our soul, that the hope we have in Christ is akin to a burning bush flame, or something inside of us bursting to be let out. We must not stay silent when it comes ot letting people know of our freedom we have in Christ, and this song is testament to such a fact as this! The EP ends with radio friendly ‘Bond of Your Love’, a song that gives us hope that we are one with Christ because of the love He has freely given to us out of His own sacrifice, one that surely wasn’t given out of us earning it, but rather given because of who God is- love and reconciliation, of hope and relationship-building, rather than condemnation and shame!

‘…this entire album speaks to the victory that was won for us by Jesus through his death, burial, and resurrection. We celebrate the gospel, and then we are healed again by it, then we celebrate it some more.  It’s in this cycle that the songs on this project were born. We hope that listeners experience this in their own lives.  Further, we pray that people can hear the gospel message threaded throughout these six songs and that it encourages and strengthens them in the Lord…’ People of the Earth’s new EP, around a couple of years since their last one, has been garnering plenty of attention because of the Tricia Brock collaboration (I think), as a song like ‘Even Louder’ becoming popular now may mean only one thing- a place on WOW Hits 2020…maybe. Nevertheless, heart and hope are embodied very much in this EP, and though for me it was a tad short, the EP still reminds us that we are just passing through in this life, people inhabiting a space called earth before we arrive at our much more permanent home in heaven. A must-have for anyone who loves worship movements like Passion, Mosaic MSC, as Jesus Culture; Victory EP reminds us of the quality and talent in producing up-and-coming bands, and how right now, this new up-and-coming band are by far one of the most emotive and stand out new groups I’ve heard in a while. Well done guys for this EP, can’t wait for radio stations to pick up songs for radio airplay in the future, whenever that may be!

3 songs to listen to: Strength of My Heart, Even Louder, You’re the Fire