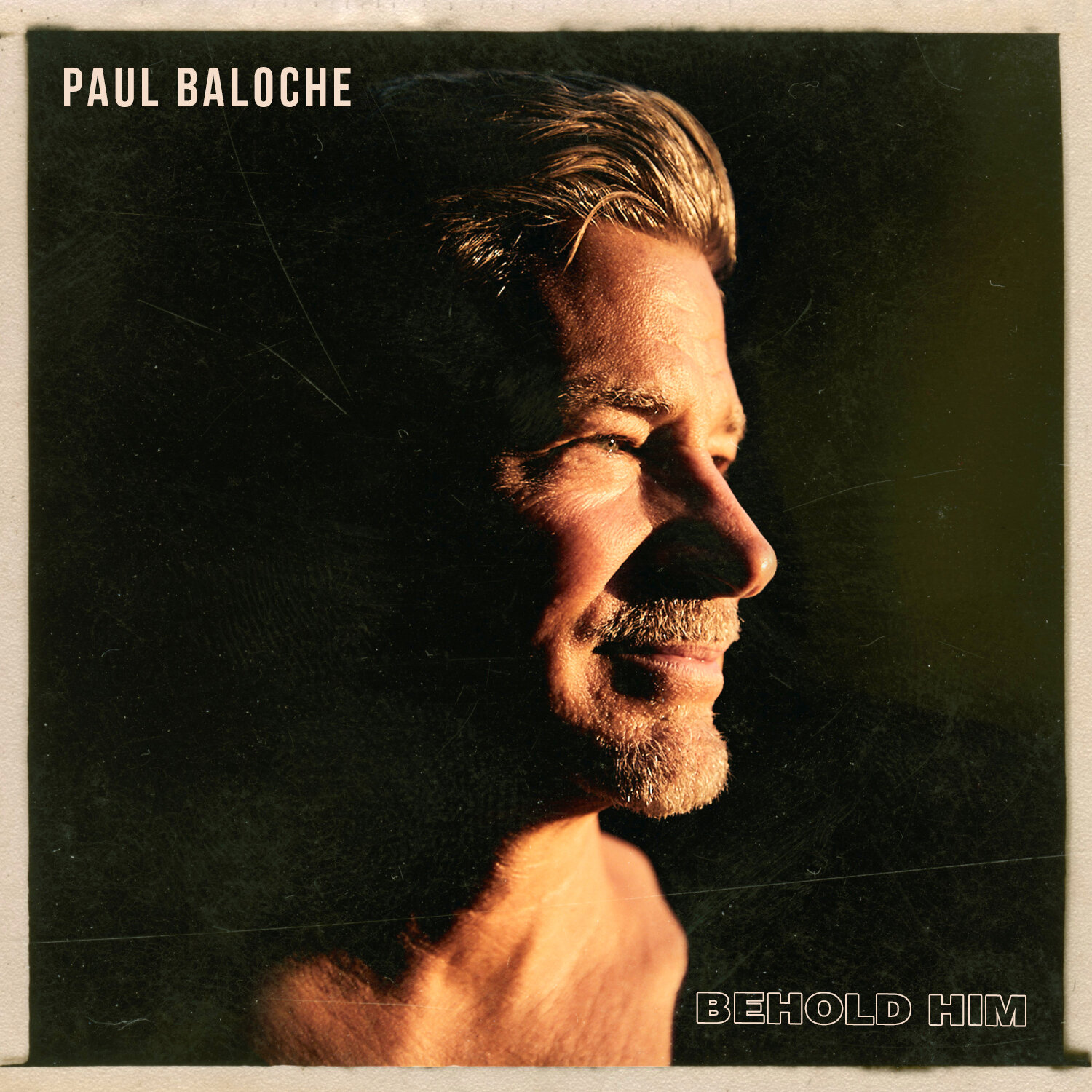 Considered to be one of the ‘fathers’ of modern worship music (together with artists such as Michael W. Smith, Chris Tomlin, Matt Redman and Tim Hughes in my opinion!) with his hit songs like “Hosanna (Praise is Rising)”, “Our God Saves”, “Your Name”, “What Can I Do”, “All The Earth Will Sing Your Praises”, “Above All”, “Praise Adonai” and “Open the Eyes of My Heart” (to name a few); Paul Baloche has always had a great lyrical and worship leading prowess, and the ability to provide to listeners with heartfelt melodies that encourage us to sing a new song to the Lord as the melodies are used, sung and enjoyed in various churches around the world. At our church, we’ve sung many a Paul Baloche tune (like “Hosanna (Praise Is Rising)”, “Today”, “Open The Eyes Of My Heart”, “Offering”, “Above All” and “Our God Saves”), and I imagine that Paul’s inspiring and encouraging discography has wide reaching effects in churches all around the world as well.

From chart-topping albums like The Same Love, Our God Saves and The Writer’s Collection to the most recent album titled Your Mercy and his 2 Christmas albums titled Christmas Worship and Christmas Worship Volume 2; we are now able to be blessed once again with another musical offering from Paul. A studio project titled Behold Him released a month or so ago; as Paul delivers to us 10 never-before-heard brand new songs, inspiring us to live a life to the fullest, praising God for all He’s done for us. With Behold Him being a great gift for anyone who loves artists like Michael W. Smith, Phil Wickham and Chris Tomlin, Behold Him showcases Paul’s songwriting flowing from strength to strength in parts…however I myself have found that there are a few songs that fall flat and sound uninspired. I know that the intention behind this record is pure, however this album isn’t my favourite from Paul, and overall, I didn’t connect with the songs. It is unfortunate as I know that Paul is a great singer and a great worship leader. Yet perhaps in the future this album will grow on me- and it is for this reason alone that I will keep on giving second chances to Behold Him, based on Paul’s previous reputation.

“What A Good God” opens proceedings, and is a solid, decent enough entry, with Paul passionately relaying across guitars and keys in this 5 minute melody, the goodness of God, and the fact that He has brought us back to life, He is faithful and He will make a way. All true and impacting statements I’m sure, and on the surface the song is great. Yet there’s something about it, as to me it doesn’t have the staying power of songs like “Our God Saves”, “Above All”, “Offering” and other mega hits. Even though the track is written well, and it’s great that Brenton Brown lent a hand in songwritring… something just feels off if I might say. It’s just my opinion, and I’m just one guy, so hey, what do I know? The Matt Redman penned “Nothing Like Your Love” is next, and though I don’t want to say anything bad about Matt- this was borderline lullaby-ish. A song that never got off the ground musically, and was too repetitive (we get it, there is really nothing like Jesus’ love!), the album doesn’t get off to a good start in my humble opinion.

Thankfully, the title track is one of the few brightest spots on the entire album. Encapsulating the birth of Jesus and the death and resurrection, the title track features Kim Walker-Smith on guest vocals, and Paul at his brilliant song writing best. As Paul has eloquently described, this song and the entire album’s premise and message, is to sit and dwell on Jesus, and off of our worries and our trials and tribulations, and for that I’m glad that this song became the title track because it truly is the heartbeat of the album: “…Life moves lightning-fast these days. Everyone is moving, has an agenda, has something on their mind, trying to get to the next thing. The message of this song, and the entire album, is not just to be still, but also to know Him, that He is God. It’s taking Him in with your mind, your soul, your body, your spirit and beholding the wonder of the Lord…”. “I Am Thankful” is next, and is a stirring, moving duet with Leslie Jordan from All Sons And Daughters. Co-written with Jason Ingram, the track kind of meanders along a bit, although it still typically sounds like a Paul Baloche slower paced ballad, and kind of sounds like an almost catchy Jason Ingram song. Yet this track still isn’t as engaging as the title track, though it’s slightly better than the first two tracks from Behold Him. “I Love You (Always)” is an acoustic guitar only 3 minute spontaneous type track, also I reckon it’s around 3 minutes too long. Despite the passion from Paul, nothing can really save this song from being the most un-engaging Paul Baloche song ever, as Paul takes the word ‘repetition’ to the next level, and then some- and no, that’s not in a good way at all!

While the first ‘upbeat’ song is “For The King”, a cover (in that the track was written by Paul’s wife Rita, and not by him), a simple yet effective corporate leaning worship song that I’m sure will do amazingly well on Sunday mornings at church- maybe at Easter this year?- and a personal highlight on an album that is overall mediocre at best. “For The King” may be simple and conceptually basic- but in this case this concept of thanking God and giving God glory for everything He has done, is much needed in today’s society of isolation due to COVID-19, where we have no choice but to lean on our Father and Friend! I originally thought that “Heaven Is Where You Are” is a cover of Erik Neider’s song of the same name. then I realised that it was an original. Then I hoped that it was the cover. No, not that this new song from Paul Baloche is horrible. And no, not that this duet with Elevation Worship’s Chris Brown isn’t well thought out and well recorded. It is. They both record and sing well together. But when you can’t tell which part Paul is singing and which part Chris is singing, and you need to internet to tell you the answer…well that’s not really helpful for the song now is it? In all seriousness, this song doesn’t really excite me and it does drag a bit. Hopefully in time it’ll grow on me.

Another snooze fest unfortunately is “Marvellous Things”, a duet with Kari Jobe that is yet another piano prominent tune. Lyrically the track is fine, as Paul and Kari relay to us that God is worthy of being praised because He has done marvellous things…but there’s no added gusto and kick like there is with songs like “Our God Saves” and “Hosanna”. Fortunately, the penultimate track is the radio friendly guitar led mid tempo ballad “How Faithful”, co-written with Mia Fieldes and Jason Ingram, one of the brighter spots where Paul cries out that ‘…You never stop being good, You never stop being true, You never stop holding onto me…’. Behold Him then ends with the majestic potential modern day hymn “A Million Years”, a piano led captivating melody eerily similar musically to “Worthy, Worthy” from Vertical Worship (at least in the chorus)- and this is a nice way to end an album which quite frankly is a mixed bag. A few songs save the album from embarrassment, but as it stands right now, Paul Baloche’s album isn’t the best that I expect from him, and that’s a shame.

Paul Baloche’s latest musical offering is one that will please lovers of worship music and also those who are a fan of Paul’s discography. However this is not the most engaging nor inspiring album of Paul’s that I have heard- not by a long shot in my opinion (The Same Love still is on top, in my opinion, followed by The Writers Collection). Yet despite my overall levels of enjoyment being low on this album, there’s no denying that Paul’s collection of 10 tracks still bring us to appreciate just how much of a great worship leader and a songwriter in the CCM industry. Showing to us that age isn’t a factor when it comes to worshipping Jesus, Paul nonetheless delivers a solid and powerful collection of new favourites. Will this project be an album that is sure to be on my iTunes playlist for a while yet? Maybe. That remains to be seen. But well done Paul nonetheless, for a solid album that hopefully will grow on me. Next album, maybe a covers album of pop Christian songs or mainstream songs to switch things up?

3 songs to listen to: Behold Him, For The King, A Million Years