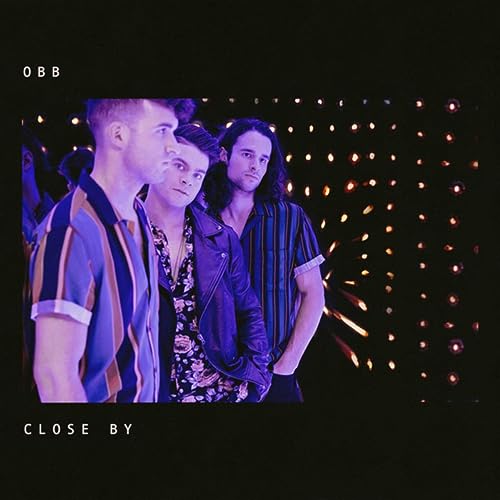 If artists release material and songs that seem to be contrary to their beliefs, morals and values when they first entered the industry; does that mean that the earlier seemingly more meaningful songs lose their value, or are much more precious? That is the million dollar question, isn’t it? I mean, I guess as people become older and hopefully wiser, there’s no denying that possibly values can shift or sometimes completely change as we gain more knowledge… yet in the case of pop/rock sibling trio OBB, it seems to me that maybe the siblings just don’t believe in Jesus anymore. Not to be a buzzkill or a debby-downer, or anything like that (and anyway this may not even be the case- these guys could still have a strong faith in Jesus!); but when the Christian portion of their discography was taken off the internet for quite some time now, and has stayed offline… well, hypotheses come into our minds, and we obviously draw conclusions, though some may be premature.

If you’re not sure who OBB are, let me give you a refresher. They’re the once thought to be up and coming CCM pop trio- the band who released Bright Side in 2014, consisting of brothers Nick, Zach and Jacob Oswald- the more inspirational alternative to One Direction and Jonas Brothers. But if you once again haven’t a clue at who I’m talking about, well then you can read about the trio’s debut full length album in our review here. Yet if we stop and think and maybe guess as to why they altered the subject matter of their lyrics (which started after the mainstream success of “Sweater”!), I’d say you’d probably go a bit crazy thinking about the reason why. Because unless these guys make an official statement stating their beliefs one way or the other, we will never really know the reasons behind these relationship style songs. Is this a bad thing? Not really, as I believe now more than ever before that God uses anything to draw people closer to Himself, but it would be nice to know, for curiosity.

Anyway, OBB recently released a brand new single “Close By”, and while it’s more laid back and acoustic compared with other tracks these guys have recorded in the past, the lyrics are a tad cliché unfortunately, as OBB continue to sing about relationships, but in ways that aren’t really inventive lyrically. Not really reinventing the wheel that is pop music, OBB still have their place in the mainstream music market (and hopefully in the Christian music market) but as it stands, I’d revisit Bright Side or even “7 Billion” before giving another spin to “Close By”.

It is not known whether OBB will continue to record in mainstream music or return to Christian music. Not do we know if their beliefs have changed over time. We might never know, and I reckon we all need to be ok with that. Yet as it stands, I reckon in the foreseeable future, these guys will stick with surface-y pop. That’s not really a good thing, and there’s only so many songs you can write and record before the topic gets old. Unfortunately “Close By” suffers from lyrical sameness and unoriginality…but here’s hoping that OBB rediscover what made them famous to begin with, and then just harness that gift God has given them…hopefully in the directions where He wants them to go. Should you listen to OBB given the uncertainty around their beliefs? I’ll leave that decision up to you, but let me say that I’m still hoping and praying for that comeback Christian album!