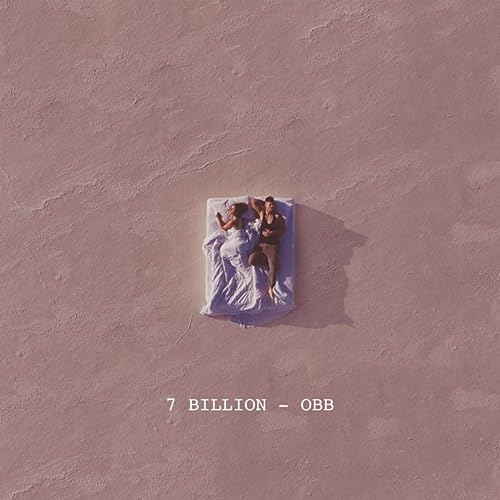 Remember OBB– the band who released Bright Side in 2014, consisting of brothers Nick, Zach and Jacob Oswald, offering to us what seemed to be at the time the Christian version of One Direction? No idea whom I’m talking about? Well you can read about the trio’s debut full length album in our review here, but once we all have realised that most of their ‘Christian’ material has been removed from the internet all together, we begin to wonder and ponder and just think. I mean, at the time, these guys were famous, were on fire for Jesus- and it seemed like life was good. Then “Sweater” and the mainstream success of that song catapulted them into an arena and market they were not all familiar with, and into a music market that demanded more lyrical vagueness in terms of belief, and a greater emphasis on relationships in songs. Now we have come to the OBB that is now on display for all of us to see- the band who sings about relationships, never about beliefs- and leaves us all wondering whether Bright Side was the band’s outlier, for better or worse?

A couple of weeks ago, the band’s latest single “7 Billion” released, and as one would expect for the guys recently…it’s another relationship song. Cue the inaudible groans from myself and other fans of the band pre-“Sweater”. Not that it’s a bad thing per se- and maybe they feel like they’ve been called by God to minister to that market; however it’d be nice to hear a song about their faith in God once in a while… Anyway, the song, a tad over 3 minutes, is indeed one of the better tracks in terms of the songs to release recently from these guys- and as lead singer Zach points out that out of 7 billion people in the world, his girlfriend picked him to be her soulmate; we are met with a moment of thankfulness and gratitude this Valentine’s Day season. Honouring our loved ones is a cool thing to do, and OBB do this skilfully and expertly. “7 Billion” is over before it began (maybe another minute would have made the song sound more deep or introspective!), yet for a track on its own, OBB needs to be congratulated. Yet considering that the band have been making relationship songs for a long while- perhaps it’s time for a change and lyrically go back to their Christian roots.

It is not known whether OBB will continue to record in mainstream music or return to Christian music. Not do we know if their beliefs have changed over time. However as it stands, with most of their discography wiped from the internet aside from the past few singles; OBB is looking for a fresh start, and “7 Billion” is the perfect summer-y breeze-y track to kickstart the front end of 2019. Maybe the guys are planning something inspiring and contemplative for the rest of 2019- but until that time, let us marvel at the catchiness of the song, even if the lyrics are a tad repetitive. Well done guys, can’t wait to hear what God is calling you to next!