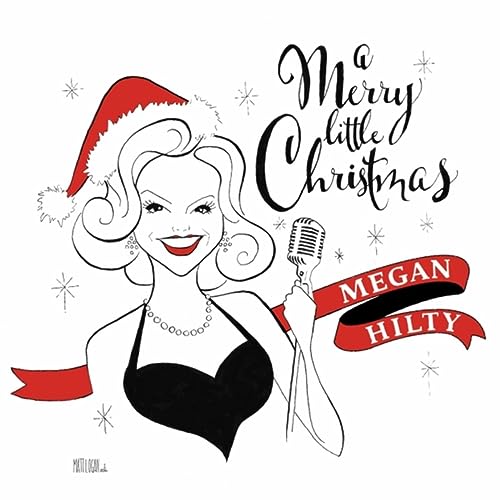 Initial thoughts: You may know Megan from her role in NBC’s Smash, but she has also released one studio album and a Christmas album. This project is an underrated project, but it’s also a niche recording- it’s a holiday project that is mainly jazz and all piano prominent.

Reason to buy: I don’t think you can buy this album as a physical copy in stores. If it is available, then I would say go buy it. Mainly because of Megan’s magical and enchanting voice.

Reason to skip: If you dislike jazz or prefer more guitar-based melodies, then even Megan’s powerful and exquisite voice wont’ be enough to persuade you to even listen to this album.

No. of originals/covers: 5 (4 covers from Christmas musicals and Broadway productions, and a Joni Mitchell cover)

Does it have heart?: Yes a thousand times over, but stylistically these melodies are similar genre-wise; so that may be this album’s downfall.

Does it have a Christmas-y atmosphere?: It’s got a jazz atmosphere and somewhat of a lullaby atmosphere. I hadn’t heard many of the Christmas musical tracks- but somehow these songs fit on a subdued and reflective album like this. Does this mean that it has a Christmas atmosphere despite the bells and whistles? Well, I guess you can be the judge.

Uniqueness?: Unfortunately, there isn’t a lot of variety on this album, and this means that at times you may find the song structure and arrangements a tad boring, if you dislike Broadway tracks or if Megan’s operatic and powerful voice is distracting for some reason.

Christmas message: The holiday message is present, the eternal message about Jesus is absent.

Closing thoughts: A Merry Little Christmas (the most standard title of a holiday album if ever there was one) is a nice Christmas album… but that’s where it seems to end. It’s nice, and Megan’s voice is powerful and resonating. But there’s something lacking. There are no fun songs, there’s no loud and danceable pop songs, there’s no worshipful carols and there’s no… spirit of Christmas shall we say? Megan’s a sublime technical singer. But this album isn’t for everyone, and maybe that’s why it slipped under the radar.

3 songs to listen to: A Place Called Home, River, Bless Us All

Yes/no; why/why not?: It’s up to you, because this release is so niche. But I’d only buy the album if it’s cheap.