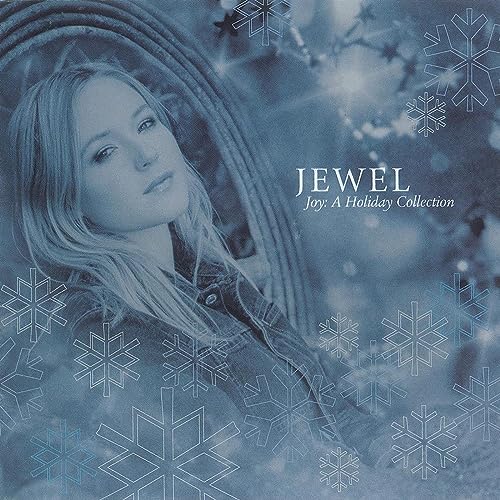 Reason to listen: It’s Jewel and classic Jewel, mind you. It’s light, reflective, acoustic, and not as busy as some of her later releases. It showcases everything that is right with 1990s Christmas music and is a reminder, that songs (and albums) from the 1990s can still be enjoyed by people in the time of today. It’s essential listening, and maybe, hearing ‘Hands’ again in a Christmas way, will make you enjoy the song even more.

Reason to buy: Ehhh…none? Stream it, yes; but only purchase it if you want to fill up your Jewel collection, or if you really love 1990s Christmas music. Other than that- just cherry pick the songs you like on Spotify. I’m sure it’s the next best thing aside from purchasing albums from the get-go.

Reason to skip: because there’s no copy in stock when you get to the JB-HiFi store. No, seriously, the album can be skipped if Jewel isn’t your favourite artist, or if you don’t like Christmas in general. Other than that, people can enjoy this album to their hearts content.

No. of originals/covers: 1 – Face of Love

No. of obscure songs: 3. Ave Maria (I don’t think it’s an actual Christmas song, hence it being in the ‘obscure’ category), I Wonder as I Wander, Gloria (initially thinking this Jewel track was a cover of the Michael W. Smith song in the 1980s, it’s actually a Latin inspired song written by Jewel herself)

Does it have heart?: Sometimes its hard to tell if an artist is really passionate about what they’re singing about, or if they’re going through the motions. This album shows Jewel deliver passionate vocals, especially in the song ‘Hands’, and in her various other original tracks, like ‘Face of Love’ and ‘Gloria’. In the other songs, there is still heart and enthusiasm…but maybe not as much?

Does it have a Christmas-y atmosphere?: With light acoustics, strings and a heavy piano presence, you feel as though you’re transported to November/December whenever you listen to this album. Jewel delivers her vocals flawlessly, while the music on all these songs all remind us as to why the 1990s music (Christmas or just normal 1990s pop) still lives on our hearts, and why we often gravitate to music from 20-30 years ago, even now.

Uniqueness?: Not really. Aside from Jewel’s distinct voice, there’s nothing to differentiate this album between that of someone like Frank Sinatra or even Nat King Cole. This light and airy Christmas music was a staple of the 1960s, and while Jewel’s vocals (and me enjoying these songs generally) are reason enough for me to hear this album, I don’t think other people, who are more inclined to albums from Michael Buble or Ariana Grande, would grab onto Jewel’s Christmas album. Aside from Jewel herself, the album holistically isn’t as unique as I may have thought of it to be.

Christmas message: Yes, and plenty of it. ‘Joy to the World’, ‘O Holy Night’, ‘Silent Night’, ‘O Little Town of Bethlehem’, ‘Ave Maria’, ‘Hark! The Herald Angels Sing’ and maybe even ‘Gloria’, are all Biblically based Christmas songs, and as they’re sung by Jewel with such passion and intention, one can only hope and pray, that Jewel understands what she’s really singing about. Maybe the more enthusiasm someone has for Christmas songs, the more they actually believe it?

Closing thoughts: This is a must if you enjoy Jewel’s discography, or if you love folk/Americana. I love Jewel’s music (from whence I wrote a blog post about her music, onward), so to hear this album was a no-brainer for me. Though I haven’t purchased this album yet, I am on the lookout. Jewel’s album is a great 1990s standout, and a great way to experience nostalgia the right way- through Christmas music!

Yes/no; why/why not?: Yes. Because I’ve appreciated Jewel’s music from the get-go. But I dunno if they still stock 1990s music in JB Hi Fi or not. So I guess I’ll have to settle with listening to it via Spotify for a bit longer.