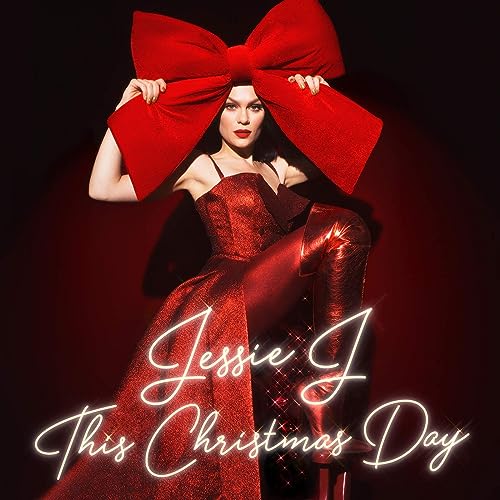 Initial thoughts: Jessie J has been famous for a lot of songs in the past, from ‘Flashlight’, ‘Bang, Bang’, and ‘Price Tag’, to ‘Who You Are’, ‘It’s My Party’, ‘Masterpiece’, and more recently, ‘I Want Love’. Her Christmas album released in 2018; and amongst the sea of plenty of other Christmas album releases in all of history…well, this album doesn’t really hold up. Sure, there’s a distinctness in Jessie’s voice, and there’s the enjoyable original song ‘This Christmas Day’, alongside the obscure-ish ‘Man With the Bag’, but apart from that…this album doesn’t really deliver or give much on anything else.

Reason to listen: If you’re an avid Jessie J fan, and I really mean, an avid Jessie J fan; then yes, listen to this album to all your heart’s content. But if you’re just a casual listener of Jessie’s music, then cherry pick the songs you may think you’d like. Don’t listen to the whole thing. It’s not worth it, especially when we’ve heard a lot of these songs before, in some form or another. Jessie’s ‘presence’ in these songs isn’t as special as anyone else, and there’s no ‘wow’ factor that is present on other albums (Jason Gray’s Christmas Stories: Repeat the Sounding Joy or Andrew Peterson’s Behold the Lamb of God are Christmas album benchmarks for me!). Frankly, and to be honest, this album didn’t do that much for me, it was just another reason for me to not delve into Jessie’s discography as much as I was going to.

Reason to buy: No reason whatsoever. Listen to the album, that’s fine. But purchase it? Only if you’re a diehard fan of Jessie, and even then, I’d still discourage it. Jessie’s album isn’t unique, nor is it memorable. It’s just ‘This Christmas Day’. The rest unfortunately hasn’t ‘aged’ well. Maybe I’ll change my mind in a few years, if and when I revisit this album. I probably won’t, though.

Reason to skip: Because there’s actually better Christmas albums out there than this. Yes, I know that maybe, possibly, Jessie’s heart was in the right place when she was recording the album. Or maybe it wasn’t. In either case, the finished work should show some kind of passion and enthusiasm, or something unique about the song that is uniquely ‘her’, especially when she’s covering carols that people already know. However, in listening to the album from start to finish, I found the holiday/carol songs lacking a sense of originality, and for that fact alone, I’d unfortunately have to discourage people from hearing this album, full stop.

No. of originals/covers: 1 (title track)

No. of obscure songs: 1 (has anyone else, other than Charles Billingsley and Lee Ann Womack, covered ‘Man with the Bag’ in most recent music history?)

No of guest artists: 2 (Boyz II Men on “Winter Wonderland” and Babyface on “The Christmas Song”)

Does it have heart?: I really, really hope so, but as I heard the album…I’m not sure. I’d like to think so. Only she would know.

Does it have a Christmas-y atmosphere?: There’s strings, layered vocals, high powerful vocals (sometimes on the borderline of screeching), whistles, claps and bells, so yes, there’s a Christmas atmosphere. There’s even some kind of swing/big-band atmosphere too.

Uniqueness?: Maybe? There’s French horns, strings, layered vocals, whistles, bells and claps, so musically, the album’s closest ‘relative’ musically would have to be Kelly Clarkson’s Christmas album Wrapped in Red. So musically, Jessie has done well. But in every other metric, she unfortunately has come up short…so I guess in an overall sense of the word, this album isn’t that unique because it wasn’t really that memorable by the end of the album experience.

Christmas message: Unfortunately…no. There’s no mention of Jesus Christ, His birth, or the reason why He came. Well…except ‘Silent Night’ as track #11, but everyone covers this song, even people who are non-religious, so I guess that doesn’t count. I don’t even know if Jessie is ‘religious’ or even has any faith. Regardless, there’s been plenty of pop artists who have covered Christmas carols in the past, so, the track list would’ve been strengthened even a little, if there were songs present like ‘The First Noel’, ‘O Come All Ye Faithful’ or ‘Hark! The Herald Angels Sing’.

Closing thoughts: I really hoped that this album would be memorable, but coming out of this album experience, I unfortunately regretted it. On a few occasions in a few tracks, the instrumentation drowned out the vocals, while in others, the vocals were high to the point of screeching. In all honesty, it felt to me that Jessie was going through the motions on this Christmas release. Dunno if she really was, though.

3 songs to listen to: The Christmas Song, This Christmas Day, Man With the Bag

Yes/no; why/why not?: No, I would not. Because I believe Jessie’s talent is way more than this Christmas album release. There, enough said.