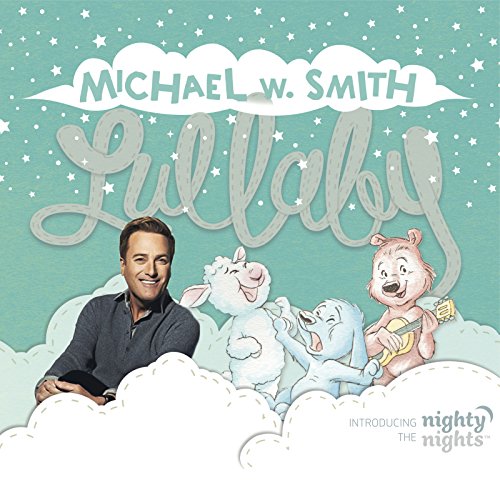 “…One of the greatest joys of my life is being a parent and a grandparent. I want to serve the next generation well. That’s why I created Nurturing Steps, to provide stories and songs that will help shape the faith of our newest generation…” After 4 years, since his last proper studio album in Sovereign (not including the 2 hymns projects in 2014 and 2016, as well as the Christmas album The Spirit Of Christmas in 2014 as well!), after 4 years in the ‘wilderness’ so to speak; Michael W. Smith came back with a bang, releasing 2 studio albums back to back- the electronic dance themed A Million Lights and he more worship orientated Surrounded. One of CCM’s most respected and popular artists who helped paved the way for modern CCM (alongside artists like Amy Grant, Steven Curtis Chapman, Third Day, Point Of Grace, dc Talk, Newsboys, Jars of Clay and many, many others); the writer of famous songs such as “Secret Ambition”, “This Is Your Time”, “Friends”, “Live The Life”, “Place In This World”, “Agnus Dei”, “Come To The Cross”, “Cry For Love” and “Healing Rain”; made a brilliant a comeback (and you can read those 2 reviews here and here!).

Not to be content with just resting on his laurels though, Michael has embarked on a new journey- releasing a brand-new album specifically focused at young kids and their parents. Titled Lullaby this album may not seem to be geared to my own preference in terms of music genres that I readily listen to, however that’s ok. Because the intention in creating this new record, is that Michael’s niche market here is for little kids who can’t get to sleep, and parents who have tried everything in their power to help them drift off into the land of slumber. See this album, if I could compare it to anything that I have heard, could be similar to kids’ music of my childhood such as Quigley’s Village, The Donut Man or Psalty the Singing Songbook- with Michael envisioning brand new made up characters (Bear, Lamby and Sleepy Puppy) who help the character in the album to fall asleep. With the album taking on a narrative, more than half of the 27 tracks are just dialogue and instrumental tracks, as Michael W. Smith plays a fictionalised version of himself trying to put to sleep his ‘granddaughter’ Anna, who is inspired by his real life daughter Anna, whom He wrote a song for in 1999! As the three animals sing along with Michael and soothe Anna to sleep, I am positive that these songs are perfect for young kids, as it is Michael’s passion and his heart for young children that makes this special project a future smashing success.

Released just under a month ago along with his book Nighty Nighty Good Night which is basically the album in book form (and a character change from a girl called Anna to a boy called Ben); listening to the album doesn’t change my opinion of it though. These songs are super cheesy and corny, and I personally am not impacted by this at all, but maybe cause I’m a single 28 year old male, maybe I’m not supposed to be impacted by this. Michael W. Smith certainly has a niche market for this, and it’s fine by me. I think a career of 30 plus years as well as countless of Dove Awards and Grammy Award nominations and wins is reason enough to warrant Michael to dive deep into whatever he wants to record, and record it to the best of his ability, to the groups of people that he wants to. I have an inkling that Michael doesn’t really care about record sales, and that’s proof in Lullaby, which is kind of the first chapter of the next step of his music career. Whatever’s next, we don’t really know. But whatever it is, I reckon that Michael has plenty more in the tank- at least five more albums at least! Until the next album that resonates with me though, maybe I should check out the rest of his discography (inclusive of this year’s A Million Lights and Surrounded), not to mention the piano only new recordings on “Agnus Dei” and “Friends” on this record. As for the rest of you guys, well…do you like lullabies? Do you feel tired, and need something to help you to drift off to see the Sandman? Then Smitty’s new record may be for you- after all we are all children at heart, aren’t we?