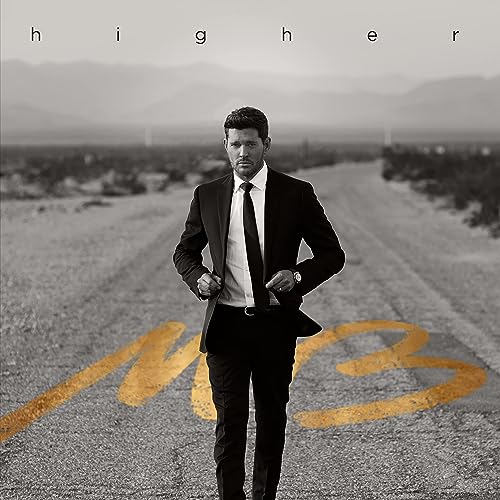 Canadian superstar Michael Bublé is one of the most powerful, inspiring, moving, impacting, and engaging vocalists of our generation. That’s a fact. With his music style of jazz and pop fused together being unparalleled to anyone I’ve heard; some would say that Michael is the modern-day Frank Sinatra. My brother Jon blogged about Michael way back in 2019 (a year after what was rumoured to be his ‘last album’!), and so if you want to read more about Michael, his life, his influences, how he came to music, and how he has shaped the music industry for the better as a whole- then stop reading this review and read Jon’s blog. Michael is a force to be reckoned with musically, vocally and just as an entertainer. Lyrically, his powerful love songs are a highlight over his whole career, as well as his covers from the 50’s and 60’s and all throughout the years. Michael brings a positive and optimistic vibe generally to his craft, and for me, just listening to his music brings a smile to my face. I’m not that much of a fan of jazz music, but songs like “Home”, “Haven’t Met You Yet”, “Crazy Love”, “Lost”, “It’s A Beautiful Day”, “Nobody But Me”, “I Believe In You” and “Forever Now”, are all songs that strike a chord with me, and are all songs that I will keep playing and listening to on my iTunes and Spotify music playlists, even long after Michael has finished with music altogether. Michael’s also records several well-produced covers on each and every album, and as such, I was intrigued to hear Michael’s latest ‘comeback’ album. Higher is Michael’s first album in 4 years (comprising of 9 covers and 4 originals!), so how does this release compare to Michael in his heyday, as well as other standout albums this year like Hymn Of Heaven [Acoustic Sessions] (Phil Wickham), Healer (Casting Crowns) and Sofia Carson (Sofia Carson)?

Immediately off the bat, Michael introduces us to his lead single “I’ll Never Not Love You”. One of the rare songs that he has actually written, the pop song has a breezy, hopeful and romantic feel, as Michael sings to his wife and empathically declares that ‘…I’ll never run, leave you behind, I’II never hurt you like he hurt you, I’ll never make you cry, I’ll treat you right, I’ll stand by you, and no matter whatever happens, I’II never not love you…’. A song that champions sticking through the tough parts of marriage and standing by the one you love despite differences and difficulties; Michael and his wife also star in the crazily unbelievable music video of this song, which needs to be seen to be believed. A truly epic opener that encourages us to stay faithful and loyal to our own partners if we have them; Higher starts off in a truly ‘high place’!

However, this is where the album goes downhill (not by a huge deal, but by some token!), and I’m sorry to say that the flow of the rest of the album has me indeed scratching my head. Michael is technically brilliant as an entertainer and as a vocalist, but I hardly felt connected to any song after the opener, sad to say. “My Valentine”, a cover from Paul McCartney, is technically brilliant, however misses the mark on emotional value and resonance to myself (although others may say differently!); while “A Nightingale Sang in Berkeley Square”, a song from the 30’s recorded by Bing Crosby and Frank Sinatra (different versions), completely goes over my head, simply because jazz showtunes aren’t my preference. “Make You Feel My Love”, by Bob Dylan, is given a jazz modernisation, which is solid yet not spectacular (I do prefer Adele’s version most of all!); while the soothing acoustic type original “Baby I’ll Wait” (written by Michael and John Mayer), is a rare personal standout, with the persona relaying that he’s going to wait for his partner to love him again, no matter how long it takes- and this song speaks to the core of us and encourages us to have patience and allowance towards our loved ones, even when they fall ungracefully and seem to be irredeemable. This song puts the ‘til death to us part’ of marriage back in the forefront, and that’s a great thing indeed.

The title track is another moving, poignant, melody, co-written with OneRepublic front-man Ryan Tedder, although the subject matter could be about physical intimacy when you dissect the lyrics (although the song is super catchy!); while “Crazy”, with Willie Nelson, is a song written by Willie back in the day, and features Michael and Willie both relaying to us that the love they have for the person in the song cannot contain their wild and independent spirit- it’s a song that’s resigned to the fact that the person the persona loves doesn’t love them back at the same level nor at the same intensity. A heartbreaking melody to its core, Michael and Willie powerfully deliver a melody that tugs at our emotions, even though it’s sombre and slight slow in pace. “Bring It On Home to Me”, originally by Sam Cooke, is beautifully recorded by Michael on this album, yet for me it seems like something is missing here, as it doesn’t pack that extra punch. The midpoint of the song though is where things get interesting through, and Michael makes the melody seem like a gospel melody with the addition of a stirring gospel choir. “Don’t Get Around Much Anymore”, a jazz song originally by Duke Ellington, is a typical Bublé jazz song, and is alright, but not super fantastic; while Michael reminds us once again that original songs are the best, with “Mother” being a homage and tribute track to Michael’s mother. As Michael praises his mother and declares that ‘…mother, a fighter and a lover, always there by my side no matter what I am going through, and there’s no other, the place where we take cove, and I know everybody’s saying they got the best one, but that ain’t true, ‘cause I do…’, we are encouraged to honour and love our parents and to acknowledge their role in who we are today; we are also encouraged to reconnect with our parents (our mother especially!) if we are estranged.

“Don’t Take Your Love From Me”, a song from the 40’s by Henry Nemo, is a song like “A Nightingale Sang in Berkeley Square”- this song goes entirely over my head also, despite me believing and asserting that sonically and musically this track is objectively great. Yet this sounds like something from an old black and white film; and if you’re into that kind of genre, then this melody would be perfect for you. While the penultimate track “You’re the First, the Last, My Everything”, a song from Barry White in the 70’s, is a gospel/R&B/soul melody that inspires me and impacts me more than any cover Michael has done thus far on this album- maybe I just love modern music more than the songs from eons and eons ago. And as Higher ends with “Smile”, the timeless classic from Charlie Chaplin (and later on Nat King Cole), and probably one of the only songs from way, way back in the day that resonates with me; Michael encourages us to smile and to look on the bright side of life- and this melody is exactly what we need for the uncertain times of Omicron and the Russia-Ukraine war.

And so, the long and short of it is that this release unfortunately is a mixed bag. Some songs work, like the originals and “Smile”, while others don’t, in my opinion. Now, I don’t want to bag on Michael Bublé, because honestly, why would any of us want to bag on him? Yet that doesn’t change the fact that not once throughout the 13-track album, did I go ‘wow, this is awesome’! I thought ‘well this song is solid’ and ‘this song isn’t so solid’; but nothing really for me to go ‘wow’ about. And for me, I’m easily pleased with any type of music, but Higher sadly didn’t take me that much higher. I’m not sure how Michael’s album hit number 1 on the pop charts in the US this past week (the album’s only been out for about half a week!); yet perhaps many more listens from myself will change my mind. Bublé lovers may have a different opinion, and believe everything Michael touches is gold, and that’s ok. But what I firmly believe is that Higher isn’t Michael’s best. There are a few bright spots here and there, such as a powerful album ender of “Smile”, the album opener of “I’ll Never Not Love You”, the title track, and the earnest original “Mother”; but if you want to hear an album full of quality and resonating music, then I’d say cherry pick some tracks from Higher on Spotify. Perhaps a different track order may have been better and much more fruitful?

3 songs to listen to: I’ll Never Not Love You, Mother, Smile