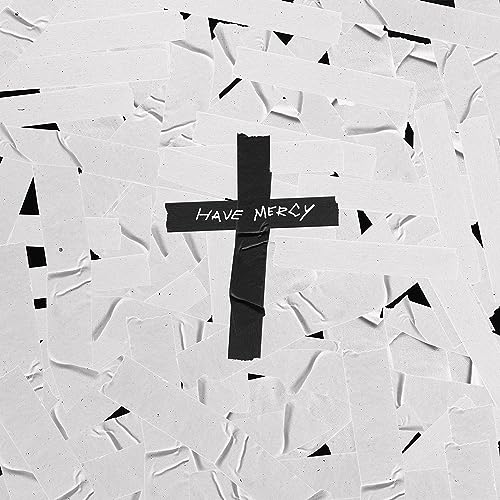 Originally the long-time guitarist of the popular CCM band FFH in the late 90’s and early 2000’s; Michael Boggs has excelled in his career, now culminating in his comeback single “Have Mercy”. Skilfully playing guitar in a band likened to Point Of Grace and Avalon in style and genre; in 2010 Michael stepped out into his own genre, which is a bit of pop mixed with country and southern gospel roots. While I haven’t had the pleasure of hearing 2010’s More Than Moved (and that’s a fact that desperately needs to change right now!), I have listened to and reviewed the 2014 album More Like A Lion. With Michael’s commanding voice and musical style reminding me of Jason Crabb, Matt Maher, Third Day and Rhett Walker Band, it has been the wide range of songs presented on More Like A Lion that has drawn me in and is sure to capture the attention of others- and has me also loving the new comeback single. Providing us with unwavering biblical truths wrapped up in emotional and poignant melodies and songs for corporate worship to Jesus; Michael has previously given us reason to rejoice and be glad, reminding us that Jesus is with us every single day of our lives. As with the single “Have Mercy”, Michael has delivered above and beyond what I could ever expect. Moving, inspiring, heartfelt and prayerful, this is worship on another level, and something that we all can emphatically declare with passion in the coming weeks and months. And thus, we can confidently worship our Lord and Saviour, and commune with our brothers and sisters in Christ.

There’s not a ton of songs in the worship world that are corporate confessions. We sing a lot about three categories: the glory of God, the gravity of sin and the grandeur of grace. That’s needed and healthy, but we don’t sing a lot of confession songs. And so we just thought, ‘what would it sound like if we were to confess our own shortcomings and misgivings?’ It’s the one thing that restores communion with God, so why would we be afraid of something that brings God closer, not further away? Although it’s sometimes brutal to look in the mirror of your own confession, the Lord isn’t afraid of it. So hopefully this song invites people to come a little bit closer to the Lord through confession.

In essence an admission of fault and a confessional prayer to our Father, while outlining our faults and asking for mercy and grace to cover us and our mistakes; Michael eloquently and prayerfully voices what we’re all thinking. With Michael declaring that ‘…I need Your mercy, God grant me Your mercy, for the envy that’s hidden inside, baptized in excuses and lies, for my cynical soul brings darkness to light, Lord have mercy, have mercy on me…’; this piano only melody is extremely honest, emotional, and introspective. Reflective to its core and more suitable to personal worship instead of corporate worship, “Have Mercy” isn’t flash nor poppy. But considering that we’re all at home still because of lockdowns and quarantine and COVID-19, and we’re alone in our thoughts and our feelings… perhaps an honest prayer to God is exactly what we need.

The way I view it, I’m a pastor, and music is a tool in my tool belt. But I think at the end of the day, I’m a shepherd. The idea of being a pastor is more appealing to me than being an artist. And I think you can be both. In fact, we need more artists in the church, not simply in the conventional music lane, but just creatives in general.

“Have Mercy” isn’t what I expected for a comeback single. But I’d say it’s what we all needed at this point in time. As we’re running through thoughts in our mind of unworthiness and hopelessness, a prayer asking God for His mercy and grace… I’m sure is the very thing that will bring us comfort and healing. Well aside from God giving us His mercy and grace, of course! Way back in 2014, Michael Boggs gave us potent, emotive, comforting, relaxing, upbeat and moving songs, and his ease at ‘switching genres and styles’ was very commendable. Sure to create controversy as well as getting us to look deep down into ourselves, examining our relationships with each other and with God; Michael’s full length studio album was a reminder that southern/gospel music can be fun and can indeed have a positive impact and contain messages transcending the possible and material. As for “Have Mercy”, he’s picking up where he left off. And as such, can I say: well done Michael for a thought-provoking melody that will be on my Apple Music player for a while yet? You should definitely be proud of yourself!