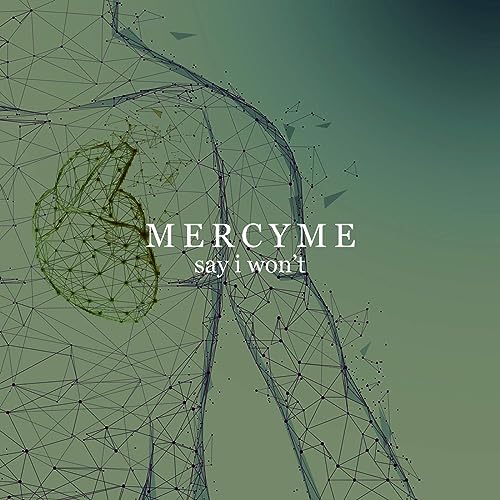 It’s New Year’s Eve today. The 31st December. The last day of 2020. For most of us, that statement would be such a relief. We’ve had our heart broken, our dreams dashed, our longings and wishes unfulfilled, and out mobility restricted. We’ve had to adapt to a whole myriad of things, and we’ve seen how COVID-19 shows no favourites, and how this harrowing and debilitating disease turns us all into the best parts of ourselves and also into the worst parts of ourselves. We’ve seen how George Floyd’s death has stirred up controversial topics of racism and deep seated prejudices that we might have buried deep underneath; while the famous victory by Joe Biden has divided many… and that’s putting it lightly. 2020. A year most of us would want to forget.

But there have been some things in 2020 that has been worth it to be a part of, to see, to hear and to experience. As you all may have read in our best of lists from this year here, here, here, here and here; it’s evident that the quality of music and music videos have never been stronger. Some releases that have resonated with me this year include albums from Needtobreathe (Out Of Body), Natalie Grant (No Stranger), Josh Groban (Harmony), Alicia Keys (Alicia), Chris Tomlin (Chris Tomlin & Friends), Lindsay Ell (Heart Theory), Matthew West (Brand New), Colony House (Leave What’s Lost Behind), Selena Gomez (Rare), Echosmith (Lonely Generation), Kelsea Ballerini (kelsea and ballerini), Gabby Barrett (Goldmine) and We The Kingdom (Holy Water).  A ton of movies and TV shows have also been announced for Disney + (you can view the ever-growing list here and here– mostly Star Wars and Marvel related!); while Australia put on their greatest bowling performance ever (in bowling India out for 36 in a test match!). I’ve personally been blessed by finding out about Christian youtuber Ruslan’s channel– and finding some inspiration and bible study there. Yet just before the whole dumpster fire of 2020 ends… can I say that I’ve been blessed and inspired by one of the most poignant and hopeful and inspiring songs of 2020?

MercyMe is one of today’s most popular and respected musicians in CCM. And they’ve released tons of songs and a plethora of albums that have resonated with me over the years- their hit song “I Can Only Imagine” being one of them. Having previously emphatically declared with certainty that right now, MercyMe’s road ahead of them is like a blank slate; I used to think that these guys may have reached their peak. Welcome To The New and Lifer were two of the band’s best albums yet, and with the discography that they have had, as well as the movie that released inspired by lead singer Bart Millard’s life; I along with everyone else assumed that they were winding down. Not that there’s anything wrong with retiring from the music business, but generally it is common practice for musicians to keep going and going and going…until they die. But thankfully the day that MercyMe retire is not here yet. Because here we are, in 2020; on the heels of “Hurry Up and Wait” and 2019’s “Almost Home”. The group have since unveiled a personal and emotional ballad called “Say I Won’t”- and dare I say it, it’s the most important song these guys have recorded in their entire career! With albums and music release dates still in flux due to the pandemic sweeping the globe and hanging around like a bad smell- and quite a lot of artists pressing pause and pushing their releases back to sometime in 2021 (and in the case of OneRepublic, well it’s TBA!); MercyMe are still forging on, and are readying inhale (exhale) for release in 2021, acknowledging that yes, we are in crazy times right now, but also that we all need new music now more than ever, to encourage, to uplift, to inspire, and to remind us that we are not alone in the universe.

Catchy to its core, yet reverent and reflective; the message of “Say I Won’t” is simple while we all are uncertain. And it is this. That no matter how hard adversity strikes us down… that we all can rise above our circumstances and dare our hater to say that we won’t do ____… and then we can prove them wrong. Inspired by the band’s friend Gary Miracle, and his ordeal last year in December, when he went into septic shock and had to have all four limbs amputated; this song is sure to bring tears to our eyes… but is also sure to bring comfort and healing to all who listen as well. It’s an emotional track, but a defiant and non-nonsense anthem as well- as we firmly say to the devil ‘say that we won’t do this, and then we’ll do it anyway with God’s help!’. A real pick me up and inspirational melody… there’s nothing much more that needs to be said here. Other than to watch the music video and read the lyrics. Because the song is powerful. The most powerful of the year, in my own opinion!

Today, it all begins
I’m seeing my life for the very first time
Through a different lens
Yesterday, I didn’t understand
Driving thirty-five with the rocket inside
Didn’t know what I had

I’m gonna run
No, I’m gonna fly
I’m gonna know what it means to live
And not just be alive
The world’s gonna hear
‘Cause I’m gonna shout
And I will be dancing when circumstances drown the music out
Say I won’t

So let them say what they want
Oh, I dare them to try

(Oh)
I can do all things
(Oh-oh-oh)
Through Christ who gives me strength
(Oh-oh-oh)
So keep on saying I won’t (Oh, oh)
And I’ll keep proving you wrong

When I started writing ‘Say I Won’t’ about a year ago, it all started with first just acknowledging grace, identity, and understanding who we are in Christ.  There’s a lot of Christians out there that simply forget that the same Spirit that raised Christ from the dead now dwells inside of us twenty-four hours a day.  When you realize that… everything changes!  There’s a line in the first verse that says, ‘driving thirty-five with a rocket inside, didn’t know what I had’.  It’s like having the Batman utility belt around your waist and looking down for the first time and realizing it’s been there the whole time because that’s when everything changes – that’s when people start living. It’s a challenge to live with the mentality that you can do all things through Christ who gives you strength, and I dare you to say that you won’t.  The music video for ‘Say I Won’t’ tells the story of Gary Miracle – our first merch guy who recently lost his arms and legs.  He just personifies the whole message of the song and is someone that I have walked through this grace and identity message with for years.  As you hear this song and watch Gary’s story, I hope you’ll be moved and touched and realize what you are truly capable of through Christ.

MercyMe are one of my favourite bands period. Their passion for Jesus and their infectious joy no doubt part of a package that I’m glad exists- the world is all the better for Bart, Robbie, Nathan, Mike and Barry to be playing music together. While we don’t know what the future holds yet (and I mean that in the literal sense!), let me tell you that it will be a ride, that’s for sure. “Hurry Up And Wait” is the perfect continuation to “Almost Home” and their new chapter of MercyMe… and “Say I Won’t” is a great end to 2020- the year that defied all expectations, in good and bad ways. So hopefully their new album whenever it arises, will be a treat to listen to. Until then everyone, let us remember to always keep our eyes on Jesus, and know that when people say we won’t… then we most definitely will with Jesus by our sides. Well done MercyMe, I can’t wait to hear what God has in store for each of you!