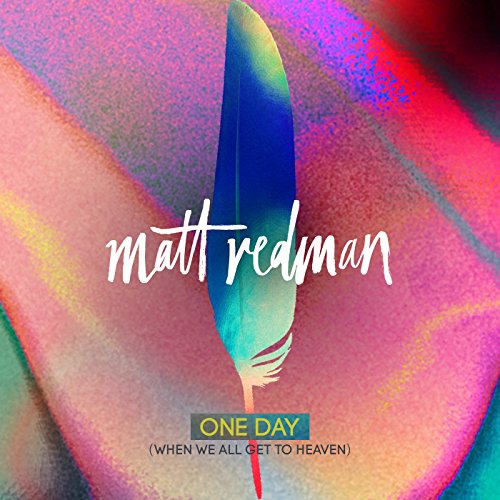 Matt Redman, one of today’s most respected and popular worship leaders and gifted songwriters, released Glory Song way back in September 2017- his first live album since 2013’s Your Grace Finds Me. With Matt already gracing us all with plenty of smash hits such as “Blessed Be Your Name”, “Let Everything That Has Breath”, “10 000 Reasons”, “Better Is One Day”, “Once Again”, “Mercy”, “Your Grace Finds Me”, “You Never Let Go” and many others, it’s plain to see that Matt has recorded another winner in his latest project. But as with anything, life happens, and while neither Jon nor myself haven’t reviewed Glory Song yet (due to time constraints, general busyness, and the fact that other albums were just simply more enjoyable to review!); we did want to though (and still might in the near, near future), and the project did resonate with me in terms of being a simple worship project, dedicated to Jesus, as we lift our hands up and praise His holy name. That sentiment is still shared in Matt’s latest single “One Day (When We All Get To Heaven)”. Re-recorded for radio and released as a studio track a few weeks ago; let us quickly dive in to see the power of Matt’s latest track, and my opinion as to whether I reckon Matt’s song will be sung in churches on Sundays for weeks and months to come!

First and foremost, this song is pretty good in its own right. Theologically, and lyrically sound; “One Day” is rooted heavily in the scriptures, in the sense that Matt reiterates the notion that one day we will all be in heaven, and one day we will see Jesus face to face, crying out ‘…what a day of rejoicing that will be…we’ll sing and shout the victory…’. As a radio single though, this version of such an honest, worshipful, and emotional track leaves much to be desired. This rendition is a piano only version, and while sometimes I love single instrument songs, there’s something about this song that makes it sound…empty. Even though the live project is piano only as well (which is fine because it’s live and has a very different atmosphere!); I expected the radio version to be a bit more fuller and engaging. Thematically there’s nothing wrong with the song. It’s 10/10 for effort. But something is lacking here, and maybe this track is not a good choice for a single. Nonetheless, what Matt has done here is to remind us all in a similar yet slightly different version of the notion that this life is only temporary. Our struggles are temporary, and though we can sometimes be in the midst of the pit, all we can and should do is to look to Jesus, and towards the day when we will be in heaven, towards the day when there will be no more suffering.

As a song, “One Day” is touching, heartfelt and pulling at all my emotions. As a single, it doesn’t really do anything for me as the song isn’t that hard hitting musically and catchy enough. Nonetheless, I suspect that the catchiness isn’t what Matt was going for, but rather a studio version where people all over the world can hear on the radio and be inspired, no matter if it is a piano only version or not. With “One Day” winning me over overall, I am certain that I will check out Glory Song soon and will voice my thoughts. No matter if the review is even a year overdue- Matt Redman deserves that much. As for everyone else who listens to this song; I hope and pray that you are blessed and inspired also, and I hope that if you don’t know Matt’s music by now, that “One Day” will encourage you to check out his entire discography. You definitely won’t be disappointed!