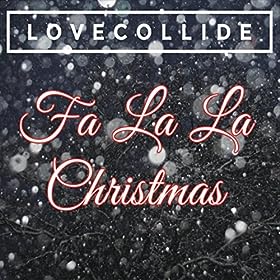 “…we have a huge passion for Christians to be bold in their faith, for people to draw a line in the sand and choose living for their King. We want to encourage those who feel lost or alone that there is Hope. We want everyone to know that there is someone who loves them incredibly —and his name is Jesus…” Worship/pop/CCM duo Love Collide, comprised of sisters Brooke and Lauren DeLeary, have had a whirlwind year after releasing their self-titled debut album in 2014, as they tour America and influence and inspire the lives of others, and reawaken the passion for Jesus in many hearts around the world as well. Releasing their debut album to praise amongst critics and listeners alike, the duo musically sounds similar to BarlowGirl and Superchick, with their musical leanings focusing on the pop/rock and rock side with a worshipful slant as well. Dropping their debut Christmas EP recently, as listeners await their much anticipated sophomore album in 2016; the sisters join the list of other impressive duos, such as All Sons and Daughters, The Sonflowerz, Gungor, Love and the Outcome, Capital Kings and Copperlily, as duos that are sure to stand the test of time musically and lyrically long after they have left music all together. With 3 current Christmas classics as well as an original holiday melody, this EP (which has to be listened to within the next few hours as Christmas has just officially ended!) is one that I have thoroughly enjoyed, and one that has surely cemented my love of the sisters’ music, and has piqued my interest for their upcoming album immensely.

The opening melody is the emphatic title track. The shortest song on the album at 2 minutes and 30 seconds, the sisters trade vocals and beautifully harmonise, as they joyfully and passionately outline the reason for the season, with an added Christ centred verse that excites me so much at its overtness. Reminding me that we ought to praise Jesus for who He is and because He came to earth, we are called and encouraged to ‘…deck the halls with celebration, Christ has come to save the nation, wrapped in cloth lying in a manger, babe was born to be our Saviour…’, a proclamation that we can shout out all year round. Well done Brooke and Lauren for a catchy and meaningful first track that thematically carries onto the remaining three tracks.

The inspiring “Joy To The World”, a mid-tempo electric guitar and keys led ballad, is next, and has the sisters putting on their BarlowGirl hat, channelling their childhood musical heroes and role models, as they worship God, declaring that ‘…He rules the world with truth and grace, and makes the nations prove the glory of His righteousness, and wonders of His love…’. Earnest, honest and emotional in their vocal delivery, the girls passionately reiterate that Jesus is worthy to be praised, and that His sovereignty is something to sing about!

While the final song on the EP, a medley of “God Rest Ye Merry Gentlemen” and “We Three Kings” is a 3-minute mid-tempo guitar led rock worship anthem, where the girls cleverly sing portions of these two songs to create a seamless praise worthy moment, declaring that we should give God ‘…tidings of comfort and joy…’ because of who He is, and also that Jesus is the ‘…star of wonder, star of light, star of royal beauty bright…’. Yet it is the only original song “Mother Of The Son Of God” that captures my attention the most. A piano only song that highlights both Lauren and Brooke’s vocals quite nicely, the melody focuses on the perspective of Mary the mother of Jesus, and delves into the emotions and feelings of Mary as Jesus was born, and subsequently grew up into the controversial person He was, and the God He proclaimed to be. Reminding us all that we can say ‘…glory to God in the highest…’, because of Jesus’ gift of salvation to us, Love Collide’s original Christmas song is a melody that we all can listen to during times of contemplation, reflection and personal worship, as we grasp the full meaning of Jesus coming to Earth and paying the price for all of our sins!

“…there is so much fluff and surface in today’s music, but we strive to be counter cultural – pointing others to TRUTH, with a catchy tune of course. We all have lives that are messy, the ups and down are inevitable. We also have a God that sees into the depths of our lives, the places that people may not see. We want our music to reach those places…” Only around 11 or so minutes in duration, Love Collide’s Fa La La Christmas EP is a release that we can listen to, even though Christmas has just ended. Both Brooke and Lauren have crafted something beautiful in this EP, as tthey majestically and skilfully create their own versions of carols, and sing their hearts out for Jesus; making LoveCollide one of my favourite indie artists ever! Though I’m not that sure when their second studio album will release, the DeLeary sisters do need to be congratulated, for such a poignant and heartfelt release! Bring on 2016, and hopefully Love Collide records something new!

3 songs to listen to: Deck The Halls, Joy To The World, Mother Of The Son Of God