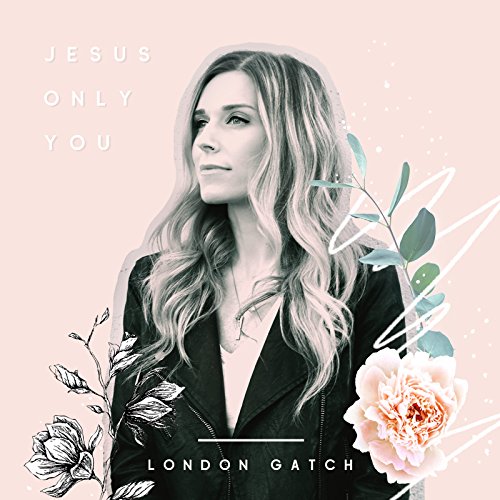 Among its roster of steady veterans like Kutless, 7eventh Time Down, Disciple, David Dunn and Ashes Remain; comes another new addition to BEC Recordings. Formerly one of the worship leaders of Elevation Worship, worship artist London Gatch is now planning to unveil her debut solo album this year, and recently she dropped her debut single on BEC Recordings. “Jesus Only You” (not to be confused with the song of the same name from former Delirious? frontman Martin Smith!), standing tall at just under 5 minutes, is exquisitely led by stirring and heartfelt keys, as London ardently relays to us that it is only Jesus that can satisfy us, that will ever be enough for us (sort of the same themes as the song from Martin Smith, ironically, given that these two songs have the same title!). As a song it’s thoroughly enjoyable to listen to, and London’s vocals are simply put, something that needs to be heard to be believed- she is as passionate and as emotional as any other female worship vocalist out there, and it shows on one of the strongest worship songs of 2018, both musically and lyrically. So what else sets this track apart from the run of the mill worship songs that we’ve all heard before?

Well, to put it bluntly, I reckon God’s anointing power and the Holy Spirit’s presence is all over this song. Not that other worship songs aren’t great, but I believe that “Jesus Only You” has that something extra put into it- as we listen further and dive in deeper, and hear London fervently proclaim that ‘…I lift my hands as high as I can raise them, and I will sing as loud as I can sing, so let my praises be my declaration, I worship You and You alone are King…there on the cross, no other love was greater, and I believe it’s where You made me new, You are my Rock, my Hope and my Salvation, Hallelujah, Jesus only You…’, we are immersed in a track I can only describe as magical. As London exudes confidence, and delivers a performance full of honesty, and unbridled passion for our Lord and Saviour, I am sure that this new journey for London as a solo artist will be a fruitful one, as she glorifies Jesus in everything she does.

As the same with Mack Brock earlier in the year, who also left Elevation Worship to pursue a solo career, London Gatch has followed suit, and she has delivered a near-flawless debut single well worthy of multiple listens in my opinion. While we won’t know until maybe a few month’s time when London’s album is releasing, this song will definitely be on repeat until then, and should be on each of your playlists on spotify and iTunes as well! What more can I say about London’s sheer brilliant melody that deserves maybe a WOW Worship inclusion whenever one releases next? Not much more, except…go buy the track, or source it however you want to. Just listen and be amazed. Listen, as proclaim along with London that ‘…You are higher than the heavens, there is healing in Your presence, You’re the One that I run to, Jesus only You…’.