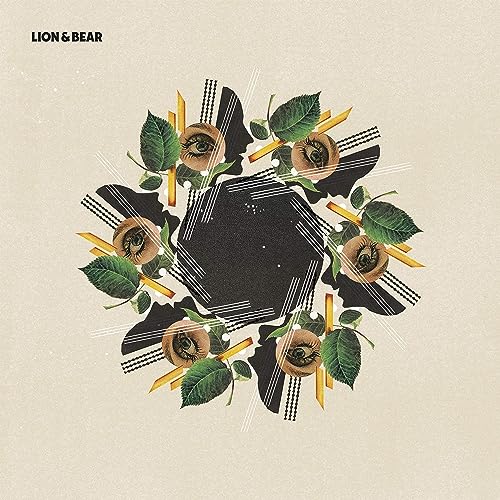 Lion & Bear is a family band from Southern California. The brothers-in-law, Andrew Enos & Michael Landingham, both experienced devastating losses followed by a stark realization: most people don’t know how to grieve. They fashioned the band from the ashes of their anguish in an effort to find healing and share that healing with others. Lion & Bear, a moniker inspired by the Bible’s King David, is an emblem of hope for the weary proclaiming this truth: pain is messy and uncomfortable, but if you go to the depths of your humanity, God will be there.

A week or so a new EP released on BEC Recordings. Lion & Bear EP from the indie rock/folk/acoustic/worship duo Lion & Bear released. And though the only piece of information I could find (press release or interview or anything!) is this brief paragraph of a biography on their website that I have written in full above; brothers-in-law Andrew and Michael have released a collection of 4 songs full of hope, positivity and inspiration. With the project not fully CCM, but rather a conglomeration of genres inclusive of folk, southern rock and gospel similar to Needtobreathe, Lion & Bear’s debut EP is a breath of fresh air that needs to be heard to be fully experienced. Though short at 4 tracks long, Lion & Bear majestically relay to us songs of truth and songs of hope; and remind us that we need not fear as God is with us.

Opening the track list if the radio friendly lead single “Greater Is He”, the most ‘pop’ song on the album. As Andrew and Michael powerfully proclaim that Jesus Christ in us is greater than anything we could ever imagine; the EP opener sets the tone, as we are presented with a collection of songs about victory over adversity and the security we have in Jesus Christ. Musically polar opposite, the next track is the subdued, reflective “Held By Your Love”, whereby the duo relay to us a promise from God to us, that He will always hold onto us no matter what. “Lighthouse”, with some serious Rend Collective vibes, features the duo vibrantly and authentically declaring that Jesus is our lighthouse and our refuge in times of storm and trials; while the EP closer (yep, the project is ending at 4 songs already!) is “Stillness”, and is a great way the end the project, with the duo earnestly and eloquently relaying to us that we all need to rest and take time to sit with God, in order for us not to burn out and to slow down from the hustle and bustle.

With so many bands and artists releasing music all the time… one could be forgiven for not noticing Lion & Bear. However their EP is extremely inspiring and impacting- and no doubt they’re popularity will just keep rising and rising and rising. So what are you all waiting for? Check out Lion & Bear EP and be blessed and thankful for such a release. You’ll definitely thank me later!

3 songs to listen to: Greater Is He, Lighthouse, Stillness