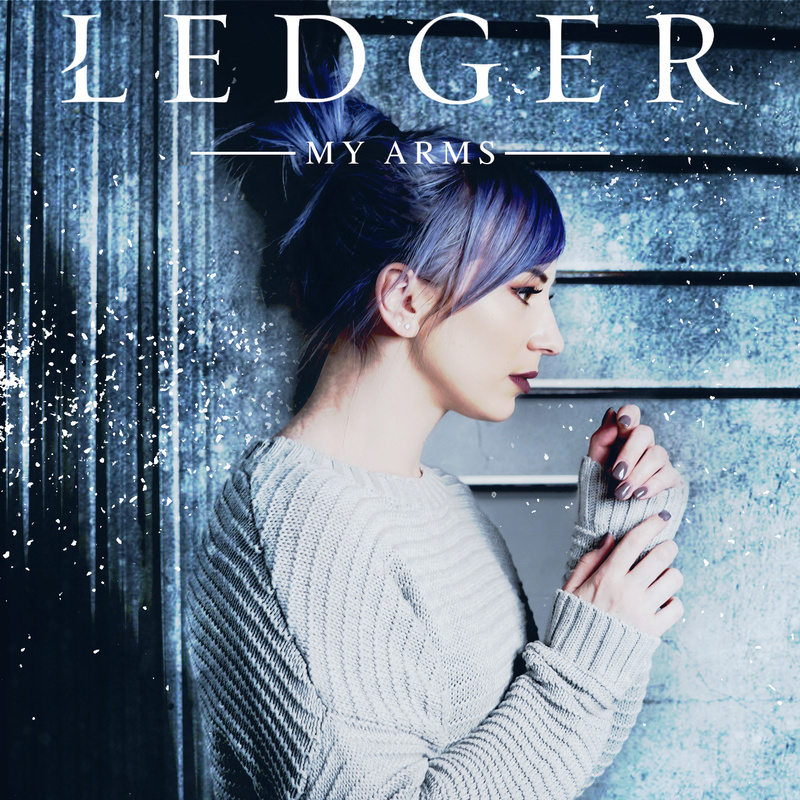 Jen Ledger, drummer for Skillet for the last 10 years or so, decided to branch out in April 2018, releasing an EP simply titled LEDGER. And while it can be a worrying sign, in that many people who often release solo albums as side projects (when they are still in the band) can in fact and often do split from said band and go out on their own to varying degrees of success; what Jen has stated from the beginning is of her non-intention of leaving Skillet. So…we can know and rest assured that this LEDGER career is a side thing, and who knows, someone can have 2 budding careers going at once, right? What has resulted from LEDGER, are songs full of heart and hope, rock anthems that remind me a little of artists like Skillet and Paramore, with Jen’s vocals being as powerful as artists like Avril Lavigne or even Hayley Williams from the rock band Paramore. What has transpired since the unveiling of this side project are a few things- standout songs like ‘Not Dead Yet’, and a duet with John Cooper called ‘Warrior’, are some of the highlights of an EP that was a little too short, and one that really reminded us of the talents of Jen, talents that were a little under-utilised when she is drumming for Skillet. Nevertheless, Jen returned in 2019 to deliver yet another song- the CCM radio friendly track ‘Completely’. A song that reminds us that God is everything that we need, and that whatever we undertake to potentially make Him turn His back on us, He doesn’t; the song itself is a great reminder that He still loves us unconditionally, when the world presents a love that is otherwise. Now fastforward to 2020, and LEDGER’s new song ‘My Arms’ is the result of yet another year of touring with Skillet, and the continuance of her solo career. Who knows, maybe both ‘Completely’ and ‘My Arms’ will be from a forthcoming project (EP or album) in the future?

‘My Arms’ is perhaps more CCM than ‘Completely’, and maybe that’s perfectly fine. Jen is undertaking the rock/hard rock in the form of Skillet, and so, maybe this CCM venture for her own solo material is a nice shift compared to her band material. Nevertheless, the song itself, though short in length (only a tad below 3 minutes), makes up for it in heartfelt content, as Jen imparts a piano-and-strings prominent melody sung either from God’s POV, or even from a friend singing to another friend, longing for the person in need to ‘fall into my arms’, a reminder that help and assistance, be it from a heavenly Father or from real people in front of us, is always available for us to reach out to when we need camaraderie and fellowship the most. As LEDGER herself relays about the song in general, we get a glimpse into her heart behind the song- ‘…’My Arms’ is for someone in the midst of a season where you feel really confused, really hurt, and really lost.  Maybe the burdens you’re carrying just feel way too heavy for you.  The wonderful thing is that Jesus promises us that His yoke is easy and His burden is light.  We can all come to Him – all who are weary and heavy burdened.  God promises us in the Bible that His grace is made sufficient in every season and His power is made perfect in our weakness.  Though our situations and circumstances might not necessarily change, we don’t have to go through them on our own.  We can rest in the fact that maybe this is too heavy for me but it’s not too heavy for You.  If you’re facing things that feel too much for you, ask God into your life and let Him display His strength.  Let Him carry you through!  His power is made perfect in weakness and it’s a beautiful thing that we can rest in as believers…’

And so that is ‘My Arms’, an albeit short song, but still necessary and heartfelt for whomever hears it. What does this spell for the future of LEDGER apart from Skillet? Well, hopefully another project, be it an EP or an album. When that may occur, we don’t know. Until then, we have both ‘My Arms’ and ‘Completely’ to listen to on repeat until an announcement occurs of when another project will happen. Or we can just listen to Skillet on repeat too. Whatever the case, LEDGER’s drumming with Skillet and vocals here as a solo artist need not be disqualified, nor should it- she’s perhaps one of the most underrated females in a CCM industry still dominated by men. Kudos to Jen for such a heartwarming song, looking forward to whatever comes next, be it a single or a longer project!