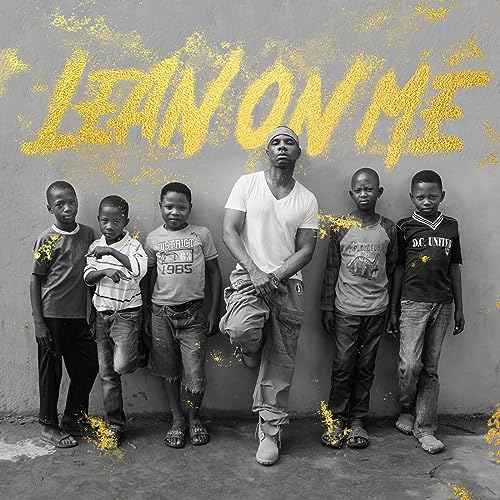 Kirk Franklin is an icon. For both CCM, gospel music, and mainstream music as well. Even if you haven’t even heard of Kirk or his music before (but honestly, who hasn’t heard of Kirk, arguably one of gospel music’s pioneering artists that have paved the way for more gospel acts to follow him in bridging the divide between mainstream and CCM??), at least you can appreciate this man and his struggles and accomplishments, of how he is able to be in the place and platform that he is in today, and how he was able to ascend the ranks in a music industry that unfortunately still favours based upon skin colour. Not even favour, just maybe even assumes that a certain person, based on skin colour, is more attuned and fitted for a certain genre of music. Maybe the act of assuming has some racist undertones, or maybe it’s just being observant and placing a blanket-statement that includes all people of a certain colour, but whatever the case, the things that led Kirk to where he is today, is through hard work, providence, and the Lord’s hand, guiding his career, as he shines on issues prevalent to the society of today. Kirk’s primarily known for his mainstream crossover single ‘Stomp’, alongside one of his crossover hits earlier on during his career- ‘Lean on Me’, a collaboration at the time (in 1998) between himself, Bono, Christian singer-songwriter Crystal Lewis, R&B singer Mary J. Blige and R&B popular singer (at the time), R. Kelly. Now 23 years on from the 1998-released hit that was able to bring together the mainstream industry and the gospel industry in a song that was about unification rather than division; we see Kirk deliver another stirring version of the track, this time under the name ‘Lean on Me (Worldwide Mix)’.

Everyone who was a fan of music around the 1990s would’ve heard this song. Or they would’ve known about it. Or they would’ve known Kirk Franklin, if not the song. I feel as though in today’s society now, people seem to be fanatical followers of a certain musical genre and seem to be very ignorant about the rest. For example, someone who really loves rock music, or screamo, and they devote all their waking time to it, but if someone were to ask them about a pop or a country tune, they’d look like a fool, even if said country/pop tune was all over the radio. I feel like even though people say in a general sense, that they love all kinds and styles of music, that there always would’ve been a genre that they wouldn’t have listened to, for whatever reason. For me, it was gospel music (and heavy metal, opera and screamo…still is, to this day). I knew of Kirk Franklin, but I didn’t really know much about his contribution to music, in a way that other people had known. Nevertheless, I still respect him as an artist and his ability to unite black and white folk in America through his music, and so when I found out Kirk was recording ‘Lean on Me’ with The Compassion Youth Choir…I thought ‘beauty, it’s a cover of this very famous Bill Withers song, right?’.

Wrong…‘Lean on Me’ is arguably one of Kirk’s biggest hits (which I didn’t know), so there’s education lesson #1 right there. The song itself is speaking about leaning on each other during the times of our broken seasons, and the new updated version, featuring a youth choir of children who have been sponsored through Compassion International, brings a new perspective to the song, and reminds us that even if we think that we are being marginalised in our own faith, here in the Western world, we need to look abroad and see how fortunate we are, compared to people in places like Africa, China, India and even the Middle-East.

Our hearts need to ache and weep for these people who are being stretched beyond breaking point, as Kirk reminds us all, that even if we believe that the Lord ought to bring us out of this dark pit we’re in, sometimes He chooses to leave us in, in order for us to learn the lessons He wants us to. A song that really modernises and contemporises the sound of the track, we can see that sometimes, older songs can be revitalised and refreshed in a new and exciting way, to convey the same truth a certain song has done all this time. Newer songs don’t always equal to better, and this track by Kirk proves this. A song that will hopefully allow me to become more intrigued and anticipating of Kirk’s music in a general sense, going forward; Kirk’s ‘new’ song highlights a choir that backs him up tremendously, and reminds us all, that even people who have had a hard hand dealt to them, can still sing a song to Jesus. Well done Kirk, for this re-imagined track. Now, let us listen to Kirk’s songs over the years, because let’s be honest, he is indeed one of gospel’s GOAT (greatest of all time), right?

‘…we have this misconception that God is trying to make us happy. God is not trying to make us happy. God is trying to make us His. And so whatever process comes from that. Once again, I know that sounds foolish to the world. It sounds foolish to humanism. And our natural intelligence doesn’t have the capacity to access and program the spiritual. And again, things of the spiritual a lot of times have been abused and manipulated. [but] breaking is not all bad. I know that it may seem kind of intuitive to Western culture because, in America, we pride ourselves on being strong and not easily broken. But gold doesn’t become pure until it’s taken through the fire…[even when you’re going through a difficult circumstance, you can] ask God, ‘What are you doing with this?’ ‘Are you using this?’ Because sometimes, you’re in a situation that doesn’t seem to be getting better. Maybe it’s because God may not want it to get better. I think that it is a tragedy for us to have this much Jesus conversation in the world, but there is not enough of the residue of the conversation in tangible ways in the lives of people. All of the wealth in the world and the level of poverty and corruption … the people continue to hurt. And so if you have any indication, any inclination to being able to have a monotheistic mindset, there’s no way that you can see people hurt and think that God is smiling upon what we do. From being marginalized to being in positions of poverty, to issues of race, to issues of sexism, issues of agism, whatever ‘ism’ is happening at the moment, we have to understand there is a humility that is missing. We need to have the intentional pursuit of being about the benefits of other people. I should be as concerned about my needs and even more about yours…it’s a great honor to work with Compassion and to be part of their global reach, especially during this climate, during this time. It is really overwhelming to be able to pull out a song that’s over two decades [old] and see it be able to have an impact and to be able to remind each other of the bigger message, that we’re the hands and feet of God, and in very tangible ways…’