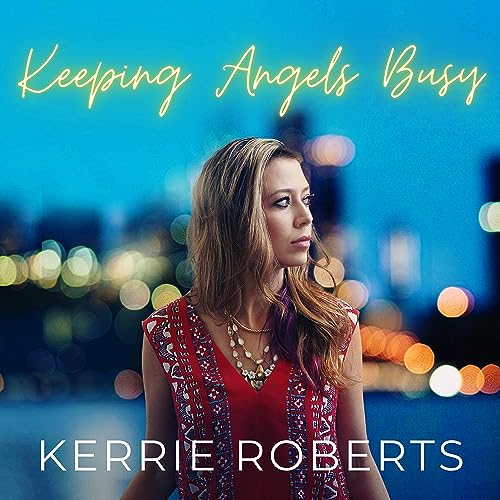 There are artists that are popular, whose songs are repeated on the radio again and again. Artists like Francesca Battistelli, Plumb, Lauren Daigle, Natalie Grant, Mandisa, Britt Nicole and Meredith Andrews have all had songs on the radio throughout the last few years, and if you could ask anyone who is a fan of K-Love or Air1, who their favourite female artist is currently, I could almost guarantee that most of their answers would come from any one of these artists above. Not that there’s anything wrong with the talent and the songs themselves from these artists, but herein lies the point- independent artists, especially female independent artists, sadly aren’t as recognised and respected as they should. Especially those, like Kerrie Roberts, who started off signed to a label, and then partway through her career, moved off to become an independent artist, delivering songs of a similar, if not a greater, quality compared to songs recorded and released prior to being independent. So, at this moment, Kerrie is one of my favourite female CCM artists, ever.

Known in both mainstream and Christian circles for her crossover hit “Rescue Me” (a song played in countless commercials in Australia for the premiere of Once Upon a Time airing in Australia way back in 2011), CCM/indie singer/songwriter Kerrie Roberts continues to impress as the years roll by, starting off with her profound and impactful self-titled debut album on Reunion Records, where her chart-topping and poignant songs spawned, from “No Matter What”, “Keep Breathing” and “Saviour to Me”, to “Outcast”, “Unstoppable” (that was used as the theme song for American Idol in the 2011 season) and “Beautiful For Me”. 11 years, 2 more studio albums (Time For the Show, Boundless), 1 Christmas EP (Thank You Child), and two more EP’s (Once Upon a Time EP, My Heart’s Lifted EP) later; we see Kerrie impart to us another musical offering, her first in 4 years. ‘Keeping Angels Busy’ is her first hint of anything music-related since Boundless, and while the song virtually had no promotion up until the track-release just last week; ‘Keeping Angel’s Busy’ nevertheless is a song that keeps me quietly excited that Kerrie’s working on some new music…just maybe. Kerrie has unveiled hit after hit since “No Matter What”, more recently on her 2014 EP, songs like “My Heart’s Lifted” and “Come Back to Life” have been songs that have been impacting listeners for quite some time. Kerrie’s powerful vocals alone is a great reason for anyone to check out her music, and with the release of ‘Keeping Angels Busy’ this past week, Kerrie continues to show us that being an indie artist doesn’t necessarily mean a lacklustre effort, with her new material equally as enjoyable, poignant and heartfelt as her previous independent songs, and songs under Reunion Records.

‘…the fight to prove I’ll make it on my own, but I’m wishing on the same star that I was when I was home…Returning to my roots, returning home gave me so much peace, but home is so much more than a location. Home is sunshine, baking bread, growing herbs, eggplant, tomatoes and sweet potatoes. Home is taking the time to have my bare feet on the earth. Home is meeting a total stranger in Miami and marrying him 15 months later. Home for me now is reading fairy tales and Bible stories to my girls. Home is the peace in knowing I am so loved, supported and seen by my family. Home is living in peace with my present and having true joy with an open heart and hands. Home is the knowledge that my God is glorified by my singing lullabies as much as He is when I’m leading worship or writing a song about How His eyes have been on me all along…Keeping angels busy living in this city, chasing dreams that keep outrunning me…’ It is in this quote that I find that the song is about doing life, just being away from the spotlight, and living with family and friends, the everyday run-of-the-mill things that people often don’t see.

And it is in these busy moments where we’re away from prying eyes, that we can fully attest to how in our busyness, the angels are also kept busy, and are looking after us even if we don’t expect it. Kerrie’s new song is a great reminder that things are going on in the supernatural more so than we realise, that as we live our lives, the angels, God Himself, and even the devil, are all trying to get our attention, to show us things about our lives and to either make our lives better, or even worse. Nevertheless, Kerrie’s new song is a catchy b.o.p., and a song to keep listening to, for quite some time yet. Does that mean Kerrie has a new album in the pipeline? Maybe, maybe not. But it still does signify why I enjoy her music as much as I do. And that ought to be enough to continuing to listen to her discography, right? Well done Kerrie for this comeback song. Looking forward to whatever comes in store, in the upcoming year ahead!