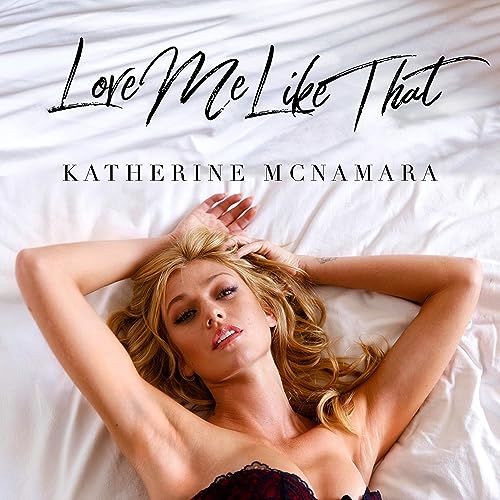 Katherine McNamara – Love Me Like That – Single (Amazon mp3/iTunes)

Everyone knows Katherine McNamara the actress. Or if you haven’t heard of the actor, maybe you have heard of some of the movies and TV shows she’s starred in. From Shadowhunters as the lead character Clary Fray, to her role of Mia Smoak in Arrow, Katherine’s presence in and around TV and film has been one where her performances have come with great poignancy, honesty, passion, and enthusiasm. While I myself haven’t seen Shadowhunters, I have seen Arrow (all of it), and in it, she undertakes the role with such grace, heart and emotion, making Katherine one of the up-and-coming actresses of this generation…which brings me to this understanding and fact. That more often than not, actresses and actors like to try their hand in making music, and vice versa. Only the uber-talented people can do both acting and making music with such prowess- usually people are more skilled at one craft than the other. There are a few people that undertake both with such creativity and uniqueness- Justin Timberlake, Jennifer Lopez, Demi Lovato and Selena Gomez, for example. But in a usual sense, people who try to undertake both, attempt at doing one of the crafts better than the other. And maybe that’s ok. But enter in Katherine McNamara who has unveiled to us all, a few songs throughout 2020, reminding us all of her multi-talented skills outside of acting, and present a different side of herself than she had done in the past.

While I know she will always be an actress first and foremost…let’s just say that I thoroughly enjoyed the three songs- ‘Just Like James’, ‘What Do You Got To Lose’ and ‘Making a Monster Out of Me’, as I’m reminded that an artist (and actress) like Katherine can create a career where both acting and being a musician can work and not be at odds with each other. I ‘reviewed’ these three songs for the site here, and now in February 2021, we see yet another track unveil to the masses by Katherine- ‘Love Me Like That’, given to us on a day that is certainly fitting, Valentine’s Day 2021. ‘Love Me Like That’ is an EDM pop melody that is as unique as it is affectionate and being a song that is for people in relationships, can seem to be little bit sensual, especially when you’re reading the lyrics and diving deep into the song itself. For the casual listener, this is a heartfelt, joyous track about love, but for someone who’s listening deeper to the lyrics, it’s a song between two lovers, with the persona longing to explore the richness and fullness of the other person, in perhaps ways that may not have necessarily be acceptable for little children to listen to. Nevertheless, this is a song that is timely released on Valentine’s Day, and while this track may draw criticism from conservative angles, this track nevertheless feels like something straight out of Song of Solomon in the Old Testament, and thus, a song like this, is probably ‘tamer’ than what Solomon wrote in the bible all those years ago. Needless to say, this song by Katherine is a soundtrack for many people that possibly want to reignite things with their significant other, especially around this time of love, that is Valentine’s Day.

Katherine’s music career, I believe, is only just beginning, and while I still believe that her acting is what she will ultimately be remembered for, let me just say that Katherine’s songs so far (‘Just Like James, ‘What Do You Got To Lose’, ‘Love Me Like That’ and ‘Making a Monster Out of Me’) gives me at least interest for whatever she releases next- and if it is an EP or album, then I’ll be quietly excited to see what it will be like. Katherine’s passion for music is most certainly heard in these four songs of 2020/21, and if her forthcoming EP/album/whatever it will be, is as good as these melodies, then this is an actress/artist of the future, certain to be influential in both acting and music in the upcoming months and even years to come. Well done Katherine for these songs, over the last year and a bit- can’t wait for whatever is to come next, in either film or music.