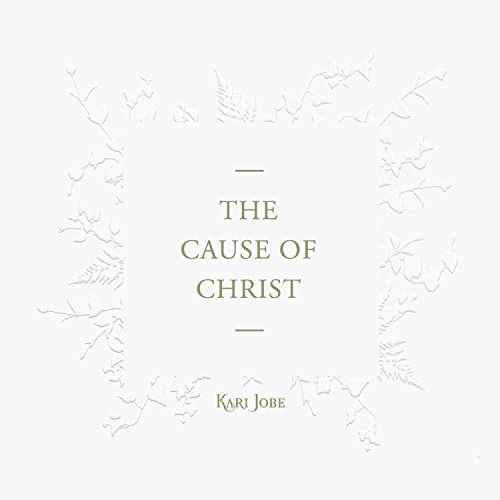 Kari Jobe– The Cause Of Christ (Single) (Amazon mp3/iTunes)

What’s with this site and reviewing singles, you ask? First it’s Britt Nicole’s new single “Through Your Eyes”, then Abigail Duhon’s song “I’m Not Ashamed” and Jeremy Camp’s song of the same name, followed by David Dunn’s “I Wanna Go Back” … now another one? Why not wait until the official album releases? Well, to answer your questions, let me just say that some songs just demand attention, and me jotting down my thoughts, and Kari Jobe’s brand new single “The Cause Of Christ” is one of them.

Kari Jobe, associate worship pastor at Gateway Church in Dallas; is one of my favourite female vocalists over the past few years, and has had quite a few busy years, garnering praise, accolades and fans in both the Christian and mainstream industry. Her highly successful sophomore album Where I Find You was released to critical acclaim and top spot on the Billboard charts in January 2012, and Kari also re-recorded the album in Spanish. Her third full length album, the live Majestic released in 2014 to rousing praise as well, with all the tracks being brand new, and recorded at the historic Majestic Theatre in her hometown. Capitalising on that success, Kari also unveiled Majestic Revisited in 2015- the same 13 songs from Majestic but re-recorded in a new light in the studio, with more piano, synth and soothing and calming effects.

Though for many of you, you may be wondering when Kari is releasing her new studio album; with 2012 being the last time Kari has offered us studio recorded songs! Never fear guys, because Kari recently released “The Cause Of Christ”. With the song having a low key release, I reckon this is Kari’s most inspiring and encouraging song ever, as I would go ever so boldly to say that “The Cause Of Christ” is one of my favourite songs of the year! Definitely in my top 5! In fact, I would say that “The Cause Of Christ” could possibly be one of the most overplayed songs on the radio next year. Yep, that’s my prediction! Not because it’s CCM or cliché, but because it’s so, so good! Standing at 5 minutes long, the song is brilliantly led by keys and an inspiring notion that Jesus is Lord over our everything, and it is He who we as Christians should and can lay our life down for. When Jesus says ‘go’, we shouldn’t hesitate, and Kari unequivocally proclaims in the chorus, a declaration that we all should say and mean in the future, that ‘…for this Cause I live, for this cause I’d die, I surrender all for the Cause of Christ, all I once held dear I will leave behind, for my joy is this, oh the Cause of Christ…’. Doing something active for Christ is important, and Kari demonstrates this with this inspiring worship anthem that is more than just lip service to God, but rather a call to action, as Kari confronts us about what we are going to do with our faith, whether it is passive or active.

If you haven’t had the pleasure of listening to Kari Jobe’s albums before and are not sure whether to give her music a go, then I would say “The Cause Of Christ” is the best way to start, and then maybe work backwards through her discography. With the song being in the top 5 of my favourite songs of Kari; there’s no doubting the passion, enthusiasm and strong faith for Jesus that Kari has. Sure to be popular and probably sung over and over during the coming years, I can tell that I will love this song more and more with each successive listen. So…with “The Cause Of Christ” being one of my favourite CCM songs of 2016, you will not so wrong with picking this tune up at iTunes or any other digital retailer today! Yes… today!

3 songs to listen to: Not an album or an EP, but you can definitely listen to Kari’s new song 3 consecutive times or maybe more!