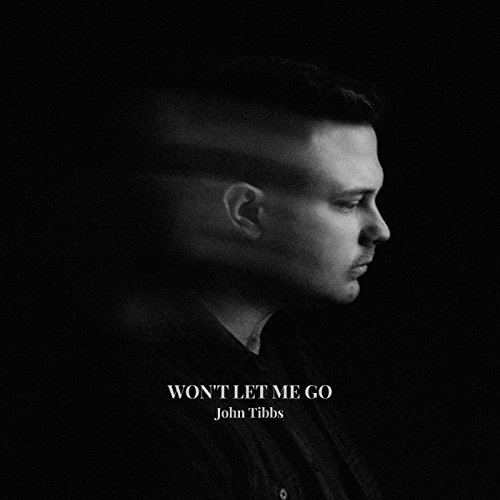 Signed to Fair Trade Services, home to artists like Phil Wickham, The Afters, Citizen Way, Jasmine Murray, Fellowship Creative, Audio Adrenaline, Newsboys and Laura Story, to name a few; John Tibbs has had quite a ride in music to get where he is today. Releasing three independent EP’s titled Origins (2010), Swallowing Death, Breathing Life (2012) and Anchor (2013) before releasing his label debut project Dead Man Walking in 2016; John’s unique music style, fusing together southern roots rock with a country/folk atmosphere, all the while showcasing his music with ‘biblically-based autobiographical lyricism’ (according to Wikipedia), is what will initially draw listeners to his music, especially his new song ‘Won’t Let Me Go’, from his forthcoming project releasing later on during 2017, that is being funded through PledgeMusic at this moment. Since Dead Man Walking, John has acquired much success, with ‘Dead Man Walking’ and his most recent single from that album, ‘Everything I Need’, topping the charts at various points last year. And as John divulges the meaning behind ‘Dead Man Walking’ (a song that I reckon is very unlucky not to be present on WOW Hits 2017, given the amount of airplay it has had on the radio during 2016)- “…sometimes we exist on this earth in chains-it could be an addiction, guilt, anxiety, or even having a hard time talking. Dead Man Walking is a song that speaks into the fact that Jesus came to change all of that, to take our chains and toss them aside so you and I can be the people He’s created us to be and have the Hope He’s given us-to experience chance after chance after chance…”, we are reminded of the singer-songwriter that John Tibbs is- and ‘Won’t Let Me Go’ is no different. Presented to us with a lot of Paul Colman/The Beatles vibes, this is a song that is certain to be welcomed and enjoyed if you are a fan of similar singer-songwriter artists, like Paul himself, the Paul Colman Trio, indie worship artist Erik Nieder (who actually wrote ‘Dead Man Walking’) and the ever reliable Jars of Clay!

“Won’t Let Me Go” ventures into a genre of music that I haven’t really heard much of, or even know. The acoustic/folk/Americana music isn’t necessarily the music that I’d jump to listen to, but when hearing John’s new song, I’m at least a little bit intrigued. “Won’t Let Me Go” features light acoustic guitars and is a reminder of something that Paul Colman Trio would sing and perform if they were still a band today. Emphasising John’s southern accent as well as the 1990s musical backdrop and we’re given a song that is as equally emotive and poignant as it is fun-filled and passionate. John is at the heart a storyteller, and this song is nothing less than a story- about how we as Christians sin (or even dare I say humans in general), and how God always takes us back, never letting go of us even if we may think that in some moments He has. As with such a compelling chorus as this- ‘…hope’s been blowing on this flame and since I found out You won’t let me go…and I will not fear when the earth gives way and the lightning strikes and the oceans rage, You’ll stand by me, I’ll never walk alone…’; isn’t it obvious that this song has indeed shot up to be one of my favourite 10 of the year so far? Listen to the track below and find out.

So there you have it- “Won’t Let Me Go”. One of my favourites of 2017? Most definitely. The catalyst for me to delve more into the folk/acoustic/Americana genre? Maybe, maybe not. But what I will say is this- John Tibbs and his music is very much underrated. And in fact dare I say, underappreciated. In this upcoming year ahead, John’s presence within the Christian music industry is very much like the presence of fellow singer-songwriters Jason Gray, Andrew Peterson and the late great Rich Mullins- songwriters who wrote their craft with much grace, poise, heart and emotion. “Won’t Let Me Go” has all of these; and is a must if you enjoy not only acoustic-style music but music period. Well done John for such a riveting track, can’t wait to the follow-up to Dead Man Walking later on during 2017!

3 songs to listen to: Won’t Let Me Go- three times to let the richness of the lyrics and music sink in, and then another 3 times for good measure!