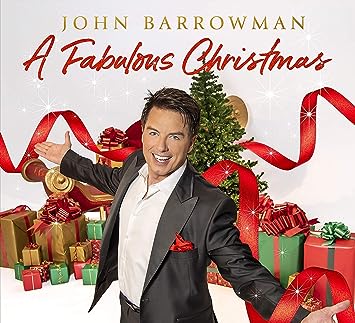 I have always been of the firm belief that you listen to Christmas music during Christmas time (because it reminds us of Jesus Christ being born and has us reflecting upon the enormity of this notion of Him being God and also being a human baby born to save all mankind!), and then after the season ends- and particular after New Year’s Day…you stop. All throughout my life I’ve been told that at some point shortly after Christmas every year; you have to revert back to pop or rock or country or whatever else is your favourite genre, otherwise if you still listen to Christmas music, then you’re just wishing your whole year away. In some respects, that’s true- if you listen heavily to Christmas music throughout the year, it does sound like you could be wishing the year away. But at the same time, a lot of Christmas songs essentially are worship songs to Jesus, and why wouldn’t you want to listen to worship songs to praise our King and Saviour? Regardless of how you view Christmas music, and the rules about when it can and can’t be listened; there are a number of Christmas albums that still tug at my heart and my emotions- each of these I haven’t reviewed yet and each of these albums nonetheless impactful at other times of the year. One such album is John Barrowman’s A Fabulous Christmas.

“…There are a lot of great Christmas songs out there. Every song triggers an emotional connection and a memory. Be Thou My Vision is a Scottish hymn I sang in school as a kid in Glasgow. It represents my heritage, my family. Then on the other side of the spectrum, the silly, fun aspect of Christmas, Santa Claus is Coming to Town has that feeling when you were a wee boy or girl like, AAAAAHHHHH, you can’t get to sleep. It sounds like I’m Tigger bouncing off walls…” Now John Barrowman isn’t a ‘official’ singer if you know what I mean- as in a recording artist comparable to today’s pop artists. And that’s because he’s so much more than a singer. Mostly well-known for his acting abilities and his roles in Arrow (Malcolm Merlyn) and Torchwood (Captain Jack Harkness), this British/American singer, actor, presenter, author and Broadway/theatre extraordinaire has in my opinion released one of the most versatile, emotional and impacting Christmas albums that I have heard in all year. Why it took me so long to review this album, I don’t know, but what I will say is this. You can read all about John Barrowman and his life on Wikipedia- and also debate the reasons as to why I am voicing my opinion on an artist who clearly has differing world views as I do (as John has been married to his husband for years and years!); but what I will say is that as God has worked through many people in the past whom we have and the wider world has deemed unworthy, different, broken, unusable; so to has he worked through John to create a stellar and near-flawless Christmas recording- and one that needs to be heard over the year. Sure the album may make you think about and dwell upon Christmas, however it is John’s fervent passion that will equally make you think about Jesus in general- and that is always a good thing.

With John being a gay man, I am unsure about his stance on Christianity and whether he means every word he’s singing on A Fabulous Christmas, especially on the carols centred around Jesus Christ. However the impact that these songs still have on the world, and even the impact these versions potentially can have on the world- even on believers- cannot be denied, as this album continues to re-alter my view on what Christmas music can and does sound like. With John possessing a Broadway/theatre sound all throughout the 12-track offering- which creates a bigger, more grandiose, fuller and anthemic sound; the result is a musical journey that I’d gladly take again next Christmas. And I’d even listen to a few of these renditions throughout the upcoming year- simply because they’re so good!

As with any other ‘mainstream’ holiday album this year, the bulk of the offerings are ‘festive tunes’- the holiday themed tracks that do not have any reference to Jesus. This is certainly the case with John’s album also, but these melodies are so well done here, that even the most dogmatic of Christians will find something to love here- it’s hard not to be swept away in John’s contagious joy and infectious cheer. “The Most Wonderful Time Of The Year”, “Sleigh Ride”, “Happy Holidays”, “Santa Claus Is Coming To Town”, and “Have Yourself A Merry Little Christmas” have all been popular around the holidays, and John records these versions to perfection- there’s literally not a single thing I can fault him with here! While John also duets with fellow actress Emily Atack on “I Saw Mommy”, an obscure holiday song about a child catching their mother kissing Santa- and while this song can be viewed as blasphemous by the religious fundamentals (of whom Jesus has thankfully told us believers not to be like nor emulate!); I for one view this track as nothing but fun and jest, and a track not meant to be taken seriously at all. A favourite song of mine will forever be Amy Grant’s original classic “Grown Up Christmas List” (especially the altered worshipful “A Prayer For Every Year” by Christian boy-band Plus One), and John covers this track beautifully, even though acapella group Pentatonix’s version with Kelly Clarkson, complete with second verse, still tops the recordings for me; however a head-scratcher is “Save The Last Dance”, originally by Michael Buble, which isn’t festive at all, but is nonetheless recorded quite well by John. “Silent Night” is recorded beautifully by John and is a solid rendition of one of the most underrated carols ever.

Yet it is the trio of the orchestral anthemic gigantic-sounding “When A Child Is Born”, my favourite carol of all in “O Holy Night”, as well as the hymn “Be Thou My Vision” (combined with “Away In A Manger”) that has me declaring that this album is one of the best this year and has me pleasantly surprised. All three songs are something else entirely in a near-flawless surreal kind of way, and all three songs need to be heard to be believed and experienced. I could talk about these three songs individually, but what good would that do? I reckon they’re the best Christmas songs of 2019, so take a listen, tell me what you think, and be blown away!

“…It’s about family, friends, celebrating the birth of a child, and basically coming together and enjoying people’s company. Everybody talks about presents, but my favourite time is Christmas morning after all the presents have been opened, having brunch, relaxing, playing games, all that stuff. Of course, I have to fit music into Christmas, and that starts on Christmas Eve. We have all the Christmas songs on, line up bottles of champagne – from the most expensive to the cheapest… And by the time we get to the cheap ones, they all taste exactly the same anyway…” As Christmas is a time for forgiveness, reconciliation, reconnecting with family, and celebrating the birth of Jesus Christ; again you may reckon that John Barrowman, a gay man, actively singing about a holiday that shuns what he himself believes in defeats the entire purpose of the holiday. And if you asked me a year ago about whether I reckon John singing about Jesus is a bit much and something I couldn’t swallow- I’d say yes too. But as I’ve heard in spades and spades this year, that God uses anyone He wants to, to further His kingdom so too am I realising that John’s music, and especially his Christmas music, has its place in society. You may disagree with John on how he lives his life, but there’s no denying the power of the Holy Spirit in these tracks. With A Fabulous Christmas being one of the most impacting and challenging Christmas albums this year (alongside Christmas albums from Andrew Peterson, Nichole Nordeman, Lea Michele and Idina Menzel); I suggest all of you to take a listen to John’s take on one of the most important holidays of the year. It may surprise you what God shows you through this album about Himself. So well done John. I may not fully agree with you, but I do love your album. And this I will tell my friends and family over and over. I’m not a Broadway or theatre fan by any means, but John has put on a show in singing about the greatest show of all- the birth of our Saviour Jesus Christ. So what are we waiting for? Let’s make our Christmas, as well as the upcoming year of 2020, fabulous, shall we?

3 songs to listen to: When A Child Is Born, Be Thou My Vision / Away In A Manger, O Holy Night