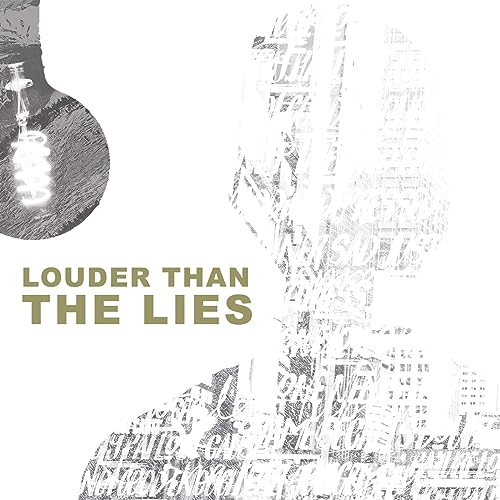 Now one of the more established signees to Dream Records, singer/songwriter Joel Vaughn is an artist that you all need to stop and take notice of, if you haven’t already. Having released 5 EP’s so far in his short but impactful and influential career thus far (5 EP’s in 5 years- his self-titled independent album, Kinetic his debut label EP, Surrender in 2017, Control Vol. 1 in 2018, and Control Vol. 2 in 2019); Joel follows up the highly successful project with… yep you guessed it- his first full length studio album, which released at the end of January this year. While this release may slip under the radar initially; there’s no mistaking and denying Joel’s fervent passion for Jesus oozing throughout these vibrant and honest 12 CCM/pop melodies- these emotional and heartfelt pop/EDM tunes and reflective ballads are indeed some of my favourites of this year thus far, with Joel blending CCM and worship styles, creating an honest, raw and emotional moment of praise and adoration to our God and King. With the release once again centred around the theme of surrendering control over to Jesus, and admitting that we need to rely on God for everything we need; let’s dive in and see how these 12 songs have spoken to and ministered to me.

Opening up proceedings is the acoustic guitar led prayerful melody “Make The Most Of It”, Joel earnestly dives deep into the uncomfortable topics, as he relays that even in the trials and tribulations, he’ll make the most of those times, and see God in the struggle, hardship and pain. It’s a declaration that many people can’t declare along with Joel; as this song reminds me thematically of Matt Redman’s “Blessed Be Your Name”, where Matt praises God in the suffering, and Casting Crowns’ “Praise You In The Storm”, where Mark literally praises Jesus in the midst of his own personal storms. However, the opener is a courageous opener, but we now know that Joel isn’t sugar-coating anything. The sentiment is confirmed in “Already Done”. Although musically cliché, the pop tune is lyrically extremely encouraging, as Joel vibrantly reiterates that when Jesus makes a promise, that it’s already done, and that His word can be trusted; while the encouraging album standout is the title track, whereby Joel lets us know that Jesus’ voice is louder than the lies in our head from the devil, that Jesus is ‘…louder than the lies that held me, the fear that tells me I won’t make it through the night, through it all Your light is breaking, my faith is waking, I’m feeling hope arise, oh, the air goes clear, oh, I see You near…’.

Joel also delves into the topic of doubt, the afterlife and the reason for existence in “The In-Between”- with Joel crying out that Jesus is the answer and the reason for certainty in the in-between; as well as the topic of uncertainty of the future in “Details”, with Joel singing out that ‘…I know that I am not alone, You’re God and You’re still on Your throne, You’re working all the details that I may never know, but I can trust You, You’ll never let me go…’. The heartfelt piano led ballad “Lay Your Burdens Down”, though lyrically cliché, still is a gentle reminder that we all can lay our everything down at the foot of Jesus, and He will forgive and accept us all into His kingdom, that ‘…there is room for you to lay your burdens down, there’s a place where the lost can now be found, in your heartache and in your pain, you can leave your pain and shame…’; while Joel delivers the low point on the album- the uninteresting pop tune “Next To You”, which highlights our smallness and everyone else’s when compared with God, while Joel reiterates the fact that we can win with Jesus by our side.

“Seasons” is a 3 minute acoustic guitar ballad, which states that God doesn’t change with the seasons, and that He always stays the same; while the emotional encourager “It’s Okay” speaks to the heart of each of us, with Joel recounting that everything will be okay in the arms of Jesus. It’s an alright song, but I prefer Delirious? song of the same name better by the way! The poppy lyrically generic testimony type track “I Would Be Lost” lets us know that without Jesus in our lives, we would indeed be lost; and “New Life”, another album highlight and the longest song on the album at nearly 5 minutes, has Joel declaring that ‘…I wanna learn to live like I gotta new life, I wanna see the world looking through Your eyes, what if in the ordinary You were sharing beauty in disguise? Oh, I wanna finally live like I gotta new lifе, ’cause I gotta new life…’. Louder Than the Lies then ends with the most worshipful track on the album and the best track in “Satisfied”. Co-written with David Thulin and Emily Irene Fertig of SHINEBRIGHT, the track has Emily on guest vocals as well, as Joel eloquently reminds us ‘…in Your presence I am free, I’m captivated by Your peace, You resurrect this heart to light, and only You will satisfy…’. A lyrically simple song that would make its home on any Sunday morning worship setlist in the local church or in Hillsong or Planetshakers; Joel has recorded an absolute gem, and has reminded us the importance of true, real, raw, unbridled praise and worship to our God and King!

With Joel Vaughn’s 5 EP’s in the last 6 years, I was more than surprised in a good way with this full-length release, as the album as a whole is a highlight personally, and Joel’s heart for worship quite admirable. In this release though, in Louder Than The Lies, the production is definitely bigger, bolder, grandiose, more epic and more impactful than ever, with Joel’s passion for Jesus greater than ever. With songs for personal and corporate worship infused together, as well as inspiring pop melodies as well in this short but sweet playlist; what more do I have to say to convince you that this album is something you all need to listen to? Well done Joel, I can’t wait for your next release! Perhaps a Christmas album?

3 songs to listen to: Louder Than The Lies, New Life, Satisfied