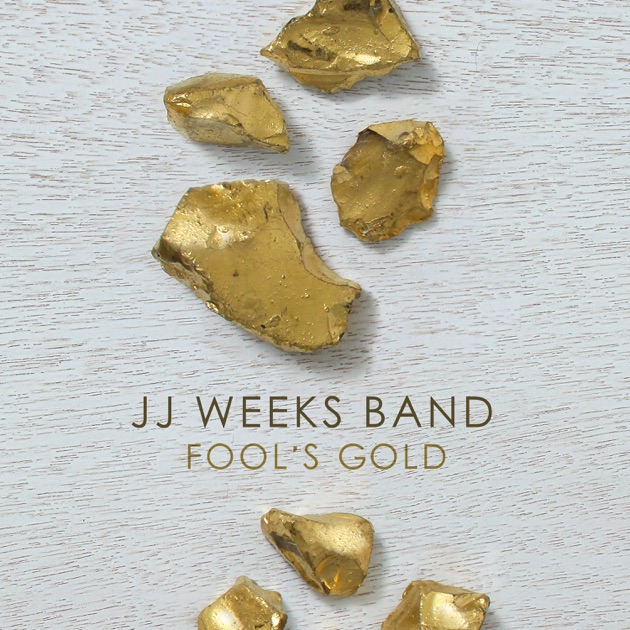 Releasing their label debut All Over The World in 2013 via Inpop Records (to moderate success) and then their sophomore offering As Long As We Can Breathe, a more mature and complete album on Centricity Music; JJ Weeks Band, comprised of friends JJ Weeks, David Hart, Cody Preston and Jon Poole, are at it again. A couple of months ago, they dropped their newest single “Fool’s Gold” and, though I only had a chance to really listen to the song a few days ago, let me tell you, this song is theologically and lyrically on point, despite the music being not that engaging in my opinion. I initially first heard of JJ Weeks Band from Colton Dixon’s song “Let Them See You”, penned by JJ, and I was immediately drawn to his unique voice (think Mark Hall of Casting Crowns meets Bart Millard of MercyMe meets Michael Farren of Pocket Full Of Rocks meets Chris Sligh)- yet while these comparisons are still there vocally, JJ Weeks Band have their own style. With everything they’ve done so far being pop and CCM, “Fool’s Gold” takes us back to the 50’s and 60’s with a vibrant jazz, gospel and soul undertone (like something Unspoken would do!), and while this genre doesn’t appeal to me on the whole, as I’m more partial to CCM myself; the song does have it’s place and I’m sure it will grow on me.

At just over 3 minutes in length, JJ doesn’t hold anything back, and jumps in lyrically, declaring that everything he’s been searching for that isn’t Jesus, and isn’t of Jesus, is…you guessed it. It’s fool’s gold, meaning that chasing after material possessions and longings are meaningless and fruitless. It’s an in-your-face concept that casual listeners of the radio may not like though (as maybe I think most people would say it’s too confrontational!)- because it does seem like that JJ is indirectly saying that everything that doesn’t come from God isn’t worthy of us spending our time on (in fact he overtly says this in the bridge that ‘…everything that don’t come from the Lord is fool’s gold, fool’s gold, filling your heart with false hope…’, though I don’t actually agree with this, and do believe that even if something isn’t from God, that God is powerful enough to use that thing to draw people closer to Him. Yet this concept is a nitpick though, and “Fool’s Gold” overall is a solid song, even though it’s a weird genre that historically isn’t played all that much on Christian radio.

A track that hasn’t quite grabbed me yet, JJ Weeks Band are probably releasing a new album later on in 2018, so while you all are keeping an eye out for that, then I guess “Fool’s Gold” is the track for you to jam to, and ponder over as you wait. A must for buying digitally or physically for people who want to be encouraged and uplifted, and who lover jazz/soul/pop/gospel infusion; JJ Weeks Band’s “Fool’s Gold” is sure to to provide buzz and coverage for the band. Well done JJ Weeks Band– I am definitely anticipating your third album in the future!