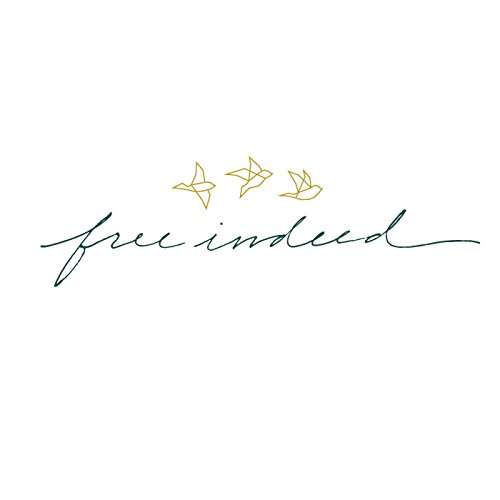 JJ Heller, possibly the most unique, musically diverse and poignant female indie artist I’ve come across over the last few years, is now back with a new song after her emotive and encouraging 2015 gem and underrated album The Sound of a Living Heart– one of my own personal favourites of 2015. Back after a successful Christmas album in Unto Us, JJ (Jennifer Judy- but JJ for short) has had quite a fruitful and effective music career thus far- after her successful 2013 album Loved which coined the radio singles ‘Who You Are’, ‘Redemption’ and the title track, alongside a lullaby album I Dream of You that included her famous track ‘Boat Song’; JJ released, quite possibly her most lyrically profound album to date. Her 2015 album spark a renewed sense of exploration as I travelled all throughout JJ’s discography since hearing The Sound of a Living Heart. Now a year and a half later, JJ has developed something unique and different when releasing new material.

Signing onto Patreon- a crowdfunding platform and many individuals use, sort-of-like-a-Kickstarter-but-not-really (quite frankly, every crowd funding platform came from kickstarter if you want my opinion…), JJ has embarked on a journey, releasing one song a month for the next 12 months, maybe even at the end of it all encompassing all the tracks together for form a new album (maybe, we don’t know yet). Nevertheless, JJ has been asking for pledges- just small amounts, so that she can continue making music and creating her craft for the near future. The result? “Free Indeed”, a song released on April Fools Day and is what is intended to be the first song of many released throughout 2017. With this track drawing many parallels to Easter and what the period of time means for us as Christians; I thought it was fitting to review “Free Indeed”. Besides- what better song for us to hear that relates to Christ’s death and resurrection that a song aptly titled ‘Free Indeed’, a track that encourages us to embrace the fact that we are free and without blame or condemnation?

“Free Indeed” was initially released to supporters of her PATREON page, and will serve as the theme song of MOPS International (an organization whose aim is to ‘encourage and equip moms of young children to realize their potential as mothers, women and leaders, in relationship with Jesus, and in partnership with the local church’. It is an anthem for anyone who needs to feel like they are loved and free, a moment of happy free fun as JJ employs acoustics, light percussion and a bouncy musical undertone to create a song that is as serious as it is joyous and uplifting. As the chorus encourages us to believe into, JJ imparts that ‘…I am wild as a wave crashing into the sea, I’m coming alive with each breath that I breathe, I believe, I am free, I am free indeed…’– and it is a reminder for each of us that there is a difference, from being free and believing that we are.

We can know that we are free from sin and death in our heads, but at times in our lives, we may not necessarily feel or even believe it. God may feel so far away, or the fact of the matter is, life happens, and we may come to a point where we not feel that free, no matter what people tell us. It is in these moments where we need to cling onto the promise of what God has spoken over us- that faith isn’t about what we’re feeling one day, because it’s never going to be what we’re feeling the next. “Free Indeed” is a call for us to stand firm in God’s promise to us, that if we are in Him, we are free, no matter life’s circumstances or difficulties. Well done JJ for such a life-changing and identity building song, one that is one of my favourites in 2017 thus far!

As JJ delivers arguably one of the most encouraging and poignant songs I’ve heard since “What Love Really Means”, this is a song not to be missed by anyone- it doesn’t matter if you enjoy hardcore, screamo, pop, worship, rock or even acoustic or folk; but JJ Heller, and the honesty and realness she writes her songs with, is an artist certain to be enjoyed no matter your genre preference. It’s a bold claim but I stand by this: “Free Indeed” is within my top 10 songs of 2017 thus far! As we have witnessed from her 2015 album The Sound of a Living Heart and her new song “Free Indeed”, JJ’s best years of songwriting and singing are sure to be ahead of her. Well done for a well written song, can’t wait for next one in about a month’s time!

3 songs to listen to: Free Indeed- 3 times… until the next song from JJ releases next month