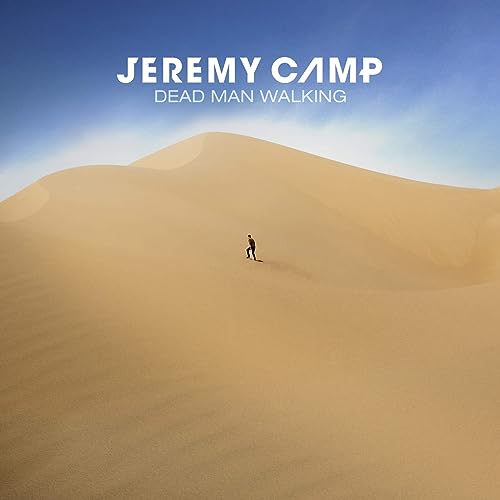 Currently I would have to say that Jeremy Camp is one of today’s most popular, respected and prolific CCM male vocalists and solo artists, alongside Matthew West, Steven Curtis Chapman, Danny Gokey, TobyMac, and Brandon Heath, in my humble opinion. Jeremy’s prowess as a singer and as a songwriter only will increase in the coming weeks and months, given that I Still Believe, an autobiographical movie based on Jeremy’s life, starring KJ Apa, Gary Sinise, Shania Twain, Britt Robertson, Melissa Roxborough and Nathan Parsons, is in production- an a film that I am personally eagerly anticipating. With Jeremy having lost his first wife in 2001 to ovarian cancer, and later on the death of his child through a miscarriage with his second wife Adie Camp; Jeremy hasn’t had the easiest road to stardom. But like Jesus being faithful to those who trust in His promises, He continues to shine His face on Jeremy. And just this week, Jeremy is back with a brand new single on the heels of the highly popular album The Answer from 2017. “Dead Man Walking” isn’t a John Tibbs cover (which would have been a pretty good cover nonetheless!), but an original composition, at just 3 minutes long. Rock and pop at the same time, and with a strong CCM atmosphere, some would say that “Dead Man Walking” is the last straw for Jeremy to travel over to CCM permanently, yet though I reckon that this track isn’t the most inventive, neither the most engaging, nor compelling in terms of being a first single; this melody I’d say is still sonically like Jeremy Camp. Sure, his sound has drastically changed. But his heart for Jesus hasn’t.

Jeremy, for all intents and purposes, is a musician that has changed genres, so subtly across the many years that we as listeners probably would not have noticed it until we listen to Stay– his debut 2002 album; and then The Answer recorded 15 years later. Throughout those 15 years, Jeremy has grown in leaps and bounds in his faith in God, and I guess it’s very unrealistic to expect him to stay the same musically. Previously within the genre of rock (on Stay and Restored) then transitioning to pop/rock and worship, and CCM (although there were moments in Speaking Louder Than Before, Reckless and I Will Follow that harkened back to his rock roots); there are many, including my brother who were disappointed by the lack of originality in the latest single “Word Of Life”. We reviewed The Answer a year and a half ago; so let us examine whether this latest offering is worth the wait in every aspect!

Is it possible for a song to be half good? Like the verses exquisite but the chorus flat and uninspired? Cause that’s exactly when Jeremy has presented to us. Stellar verses followed by an unmemorable chorus. 10 points for effort here though, and there’s actually a little bit of rocking out musically- but all in all, as a first single, “Dead Man Walking” doesn’t pack the same punch as previous first singles such as “Take You Back”, “Walk By Faith”, “There Will Be A Day” or even “Let It Fade”. There’s also the small matter that the song is only 3 minutes, and lyrically we cover ground that was covered in greater detail and much more in depth in the track’s namesake from John Tibbs. A shoe-in on WOW Hits 2020 (although I don’t think it’s deserving!), radio is sure to eat this song up, ensuring that it’ll have a looooonnnnnng stint on the airwaves. There’s no denying Jeremy’s passion though, and it’s somewhat more catchy than “Word Of Life”, so at least it has that going for it.

Jeremy Camp has come a long way since recording Stay 15 years ago. But for those of you who are not fans of his music anymore because of the gradual but nevertheless evident move away from his original genre, let me remind you all that “Dead Man Walking” has shades of I Will Follow and Beyond Measure throughout, so I guess one can be excited for Jeremy’s new album releasing sometime soon. Yet, and here’s the crux of this ‘review’- what if Jeremy decides that ‘full on rock songs’ aren’t for him anymore? What then? My point is (and I’m guilty of this as well!) that we crucify artists as much as we praise them, when they seem to make a ‘mistake’, when they do not reach the standards we make for them, when it’s really something else entirely, when the ‘mistake’ is in fact intentional. So before I sign and let you all debate about Jeremy’s musical direction, and lament about other artists whom you feel are ‘selling out’ like The Afters, Hawk Nelson, Sanctus Real and Kutless; let me ask you this? If Jeremy does decide to do worship or CCM full time and never go back to rock, are you going to demand that he must return to his roots, even if he feels God moving him elsewhere musically? Maybe we should all listen to (and maybe re-listen to) The Answer and previous albums before we make a quick judgement! I may not resonate with “Dead Man Walking” but that doesn’t mean that anyone else won’t!