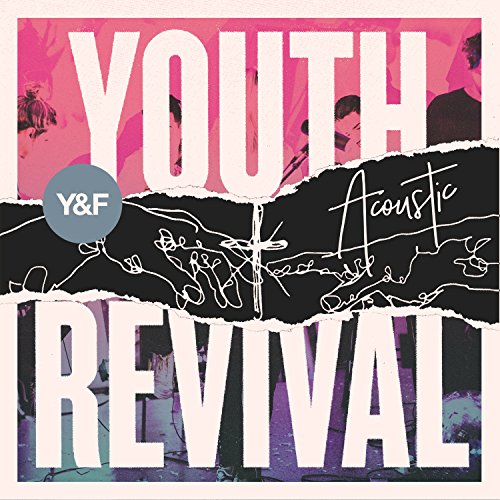 Hillsong, in all its facets, have been a prominent force within the worship music industry, carving and shaping the landscape of how worship music has sounded like throughout the last 20 years or so. Since their introduction into church and music during the 1990s, we have been alongside them in their journey, from Hillsong Worship (formerly Hillsong Live) to Hillsong UNITED and now Hillsong Young and Free. Throughout Hillsong LIVE and UNITED, hits have sprung into life, from songs like “Salvation is Here”, “Oceans”, “Forever Reign”, “Mighty to Save” and “From the Inside Out”, to “Hosanna, “Greatness of Our God” and “Cornerstone”. Now with the newest incarnation of Hillsong Young and Free showcasing us hits like “Wake”, “Alive” and “Back to Life” from their debut album We are Young and Free, and “This is Living” from their new 2015 EP, Y&F have since released their new live album titled Youth Revival at the beginning of 2016, spanning hits like “Where You Are”, “Real Love” (which was subsequently released on the annual WOW Hits compilation) and now their current radio single, “Falling into You”. Hillsong Young and Free have come into their own within the last few years, and as shown through their latest 2016 album, the group of passionate worshippers and songwriters are not afraid to expand and reinvent the worship genre by infusing dance, pop, electronica and worship together. In fact, Youth Revival (alongside Empires from UNITED in 2015) are both so successful that mainstream charts in the U.S. were recognising some of these hit songs- and now with a release of Youth Revival Acoustic (8 reimagined studio cuts of some of the live fan favourites on Youth Revival, plus the studio recordings of “Real Love” and “Falling into You”), Young and Free have showcased some of the songs that have impacted listeners the most in this different, unique and maybe even misleading album…

Not to take anything away from the band and their passion, let us all consider the great points about this album before I delve into my disconcerting apprehensions about the instrumentations and the album as a whole. First and foremost, it is great for Hillsong to release an ‘acoustic’ album of sorts, songs that have been re-recorded with the absence of a live setting, presenting to us a different side of Hillsong than previously known. Because frankly, many annual albums, either by Hillsong UNITED, Hillsong Worship or even Y&F, are in fact live. It was only recently that these three ‘arms’ have since recorded studio projects- Zion and Empires being some of the most successful studio albums from any brand of Hillsong- ever! It is great to see Y&F get in on the act. So many of the album highlights from Youth Revival are on Youth Revival Acoustic– “Falling into You” is stripped of its upbeat nature and presented in a much more reflective moment, and “Real Love” lacks the electronic vocal distortion (in fact, dare I say that I enjoy this acoustic version more- their studio and live track sadly featured distorted vocals that I had to cringe at sometimes) and features more electronic keyboards choreographed to present a more 1980s musical backdrop. “Where You Are” is not presented and sung by Aodhan King like in the original (instead, worship leader Karina Wykes sings along to the track) while there is even a medley between the ever beloved “I Love You Lord” and the free worship “Passion”, a song that has no verses or choruses, instead a track that invites us all into a moment of enjoyable praise.

And while all in all the album is great, serving its purpose in creating an album full of alternate tracks focused on capturing the youth and young adults; what is slightly disconcerting is the fact that not all the tracks are acoustic, though the album title means that each of the songs should be. Granted, two songs that are included are the studio re-recordings of the latest two singles, yet if an album is supposed to be acoustic, why are there electronic keyboards, drums and electric guitars in virtually every single track? Maybe Youth Revival Alternate should’ve been more an appropriate title than Youth Revival Acoustic.

Nevertheless, as an album as it stands, the recordings are great quality and mixing wise. But as a marketing tool in promoting the acoustic side of the band, the album doesn’t really live up to what the title suggests. Still, their passion and heart is still undeniable, it’s just not an acoustic album, maybe more so studio versions of the live songs, but not acoustic. But enough with the griping, the band has poured their heart into this release, and with the deluxe version of the album includes the music videos of all the ‘acoustic’ tracks, as well as the three music videos of “Where You Are”, “Falling into You” and “Real Love”, then this is a must have for anyone who is a Hillsong (and all its facets) fan (like myself)!

And yet while Hillsong (in all its facets) may not necessarily be my ultimate favourite worship band of mine (I prefer Bethel or Passion more), Y&F’s Youth Revival Acoustic is still a great album and one deserving to be listened to at least once before you pass judgement. A must for anyone who loves EDM, acoustic and worship, or a bit of both, Hillsong’s sound has been current with the years that pass, which will hopefully be a factor in bringing in a new generation of believers and unbelievers alike as they listen to music that’ll hopefully change their perspective on life. Regardless of my nick-pickings and shortcomings of the album, Hillsong Young and Free have delivered a solid project- kudos to the band for a successful 2016, and here’s to the best yet in the rest of 2017!

3 songs to listen to: Where You Are, Falling into You, Real Love