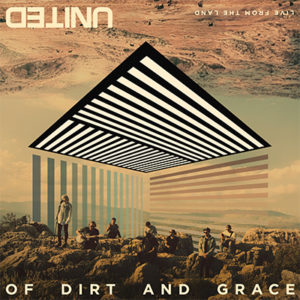 ‘…it is always entertaining working with creatives who continually come up with the grandest plans and ideas and then believe it will be outworked. So when three years ago it was suggested we record a live version of the songs from ‘EMPIRES’ in Israel, where Jesus walked – most of us thought great idea- impossible. The theme of ‘EMPIRES’ was the beatitudes, paradox, black and white, etc. exactly as Jesus preached, so it made sense – but practicalities always come into it. Fast-forward 2.5 years with this conversation a memory – we form a partnership with World Vision – who want to take us to Lebanon – right next to Israel. There are obvious concerns and precautions when visiting the middle east and the trip was postponed and changed a few times – but we landed on a date that worked – gathered the best team we have (30 in total including audio engineers, videographers and our team) and we went with a plan to capture a few songs in a few locations. Over 15 songs and locations – and a few endless days later we captured something truly special and now we present ‘Of Dirt and Grace’ the 12 songs of EMPIRES plus a few bonus ones recorded LIVE and on location in Israel – from Jerusalem up to Tiberius around the Sea of Galilee. It was a surreal experience to see the places we read about all time in the Bible come to life…’ Empires was perhaps one of 2015’s most unique, powerful, emotive and heartfelt worship albums to ever be released in that year, and while we here at 365 Days of Inspiring Media sadly didn’t review the album due to other unforeseen circumstances; the fact of the matter still remains- that songs like “Touch the Sky”, “Even When It Hurts”, “Here Now” and “Say the Word” have impacted millions of people around the world. What began in Australia in the late 1990s as a side-arm to the Hillsong LIVE annual conferences is now a global phenomenon. The song “Oceans” proved that. Now in 2016 and on the back of such a chart-topping album in Empires, UNITED have decided to release an acoustic version of their chart topping 2015 album…with a twist. Every song on Of Dirt and Grace was recorded live on location in Israel, in the places where Jesus walked. Released in both CD and DVD format (so we as the audience can see the visual moments of the song and how they actually recorded it on location), we are reminded that sometimes songs released acoustically can still have the same power, if not more, than the original version. Visually stunning and ingeniously choreographed together, UNITED have, in some way, revolutionised the worship music genre.

In the 1990s and the 2000s, worship music has followed a somewhat safe formula- verse, chorus, verse, repetitive bridge, free worship, chorus again…you get the picture. Empires, and maybe even more so Zion seemed to change all of that- as the structure of most of these songs seemed to be more fluid- that as the Spirit led, the song would respond. This was why many of the songs on Empires were long- not tedious long, but long to be reminded that the Spirit could flow in the confines of a worship track. UNITED, even through this album Of Dirt and Grace; continue to remind us all that worship isn’t really a genre of music, but a way of creating music without the formula, so that God can move through what He wants to move through. What has resulted was a total acoustic reimagining on Empires as well as three acoustic songs added to the end of the album- acoustic re-dos of “Oceans”, “Scandal of Grace” and “I Surrender”.

Immediately glancing through the list, you see songs that have been familiar with over the last year or so. “Touch the Sky”, “Say the Word”, “Even When It Hurts”, even songs like “Oceans”, “Scandal of Grace” and “I Surrender” have all seen success over the years, and are all delivered with such poise, grace and emotion, as the songs, especially the ones delivered by vocalist Taya Smith, take on a whole new meaning within the umbrella of ‘acoustic’. The fact that these songs were recorded out in the open at these locations is nothing short of magnificent. “Even When It Hurts” especially has a lot of significance for me. With just a piano and Taya’s voice, we hear her sing with a commanding yet distinctive voice, one that emphasises the lyrics with enthusiasm and passion. About how we should always praise God, even during the moments when it hurts (especially during these moments), I can’t help but sing along with Taya in the poignant moments of the chorus, and how ‘…even when the fight seems lost, I’ll praise You, even when it hurts like hell, I’ll praise You, even when it makes no sense to sing, louder then I’ll sing Your praise…’ The song is a slow build, yet it is in these songs where reflection is the key, where we can appreciate the effort delivered by the band in creating and crafting these acoustic melodies. It must’ve been an effort in singing and recording these songs on location. Which is why I reckon Of Dirt and Grace is one of UNITED’s most intricate albums, and one of the albums I reckon will have a lot of impact for years to come. More so than Empires I reckon.

The album is not all reflective by any means. “Say the Word”, though not led by Taya in this acoustic version, and is just as enjoyable, as this acoustic version led by worship leader Jad Gilles brings to the fore an acoustic framework coupled with Jad’s enthusiastic voice, as poignant lyrics hit hard in how ‘…over words of stone You spelt out love, and when You said ‘it is done’, it is done…’ This is by far the lyric line that has hit hard the most for me- and in this short phrase, a lot is conveyed. That when Jesus died and rose, everything was completed. Nothing was needed to be added. That when Jesus died and said those words, it was just that. We can never do or say anything for Him to accept us into His kingdom, nor can we do anything that will make Him question whether we are even deserving to be with Him in communion in the first place. That is what I love about this song, and along with “Even When It Hurts”, have become anchors for me over the last year. Not to say that every other song on the album isn’t great- it most definitely is. That with all the musical arrangements, and the light moments of reflection that aren’t overpowering musically; dare I say that I love Of Dirt and Grace: Live From the Land so much more than Empires? If you are a fan of UNITED and Empires, then you will fall in love with this new album, maybe even more so than their predecessor.

What is also great and contributes to the intimacy of the whole experience is the visual component- not only have the band recorded the audio of their Middle East experience, but also they have captured it all on screen. We can watch in awe and wonder at how they were able to choreograph it all together, and marvel at the fact that they were able to sing their hearts out regardless of the weather and elements- there was rain pelting down in “Here Now”, it was very cold and dark in “Even When It Hurts”, and “Ocean” was sung on a boat in the middle of the Sea of Galilee. In all their unique locations for these songs, I was able to partake in worship, knowing that emotive moments can be found just as well outside the confines of the church building as well as inside. It must’ve been a feat in and of itself to even fly to the Middle East without any hiccups, so to record all 15 songs in both audio and video format is a miracle in and of itself!

So there you have it- Of Dirt and Grace, and the two songs that spoke the most to me throughout the experience. But then there’s songs like “I Surrender”, “Oceans” and “Scandal of Grace”, songs that weren’t part of the Empires experience, yet still were included as bonus tracks on the album, each of them thriving in the acoustic format. Hillsong’s latest is a testament and a timely reminder, that worship can be creative and still be subdued, that it can be unique, powerful, and still structured and somewhat formulaic. That songs can carry the weight of sometimes a sermon, and that Hillsong and their music is revolutionising the entire worship music industry, ever since their chart topping album Zion. This is a beautiful and encouraging performance by the band, and any fan of their previous material post 2013 (maybe even Aftermath as well) will love UNITED’s latest. If you were to pick a band that has made the most impact within the worship movement industry throughout the years, it would be Hillsong (in all its facets). Of Dirt and Grace just confirms how far the band has come. And also reminds us all that what comes with all the hurt, despair, and ‘dirt’ is grace, grace from our Father, and grace unending for each of us. These 15 tracks have taken on a whole new meaning for me when they have been redone, and I hope it will be a unique experience for you all as well. Well done UNITED for such a unique and powerful album. Can’t wait for the next studio album when it releases!

3 songs to listen to: Say the Word, Even When It Hurts, Scandal Of Grace