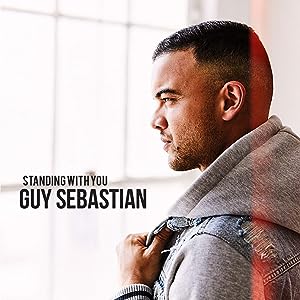 It is with listening to artists like Guy Sebastian and Delta Goodrem (both of whom are some of the many, many artists I’ve been delving into as I’ve blogged this past year a bit about influential artists) that I’ve come to appreciate the power of Australian music, and music that while not necessarily that ‘spiritual’ in nature, nevertheless hits hard home and is used by the Lord nonetheless to impact, encourage and positively affect someone’s life, mine included. Guy’s music over the years has impacted millions of Australians, and even if he isn’t as affiliated with Planetshakers church as he was way back when he did win Australian Idol all those years ago, I’m still certain of this one thing- that a lot of his music has been used by the Lord to bring people closer to Himself and to show things about themselves in the process, even if Guy himself realises it or not. Guy’s been so impactful over the years that even I wrote about his impact and influence in a blog a did not too long ago– in it I expounded on a myriad of songs throughout his career that has made an impact on not only people on a personal level, but on the musical landscape of Australia and the direction of it- songs like ‘Art of Love’, ‘Angels Brought Me Here’, ‘Battle Scars’, ‘Get Along’, even his more recent melodies like ‘Before I Go’ and ‘Choir’. Now as we are half-way through 2020, Guy just released a new song, this time titled ‘Standing With You’, a song that though not really written about the current events of 2020, still feels poignant and ever-fitting for such a time as this.

‘Standing With You’ is a song about standing next to someone else who has fallen- being there for someone who has just opened up to you, about things personal to them, and the demons that they battle with, maybe even on a daily basis. ‘Standing With You’ has a similar message and vibe to the country-esque Chissy Metz-led ‘I’m Standing With You’ that shot to stardom last year- this year’s Guy Sebastian-version, is ever impactful, and is in fact needed in this time where chaos and uncertainty reign supreme. Yes we live in a time that is unprecedented and has never been happening before, and will never happen again after. This COVID-19 experience, coupled with the protests and the Black Lives Matter movement, means that this song about standing with someone not because of anything other than it is the right thing to do, is something we all need to hear right now. To stand with someone doesn’t always mean to blurt out answers we may often believe to be true in such situations. Just because we believe something to be true, or we thing we’ve found a way for someone we’re standing with, to jump out of a pit, doesn’t mean that we should speak without consideration of the other. We sit with them, we mourn with them, we are in the same place as them, asking them if they are ok, putting aside our own agendas and preconceived ideas of what we believe to be right in that moment. ‘Standing with You’ offers a person hope, that the one declaring such song is willing to place aside all the urges to correct, to fix something, and to just be there for the person, even if it is uncomfortable, even if it is a little unsettling. We may have the answers, but it is when we are in relationship with the other, and truly know them and love them without any expectation, then we can offer our advice and wisdom, as we understand that often what we want to say to them is just that- advice and wisdom. For all we can do is just be there for the people in need and love them as Jesus loved us. Then everything else will fall into place, even much more fittingly than we ourselves can even imagine. Well done Guy for such a powerful song, that I’m sure will become an anthem for many in 2020. Kudos for delivering something personal into the Apple Music-verse, there’s hoping and praying the Lord will continue to use that song, and the rest of Guy’s discography, for our good and His glory. Looking forward to the new album, whenever it may come!

Guy Sebastian. Family man. Husband to Jules and father to two kids. A judge on both The Voice and the X Factor at different times of his life. A singer-songwriter who has had plenty of success over the years. Winner of Australian Idol Season 1. But above all that, he’s just a guy who’s given to us songs of hope and encouragement, and songs of laughter and joyous fun. Yes, he’s livened up the judging panel of both the X Factor (when he was around being a judge) and The Voice (where he is currently) with his frank honesty and his calm sense-of-self, as he brings out contestants from their shells on the show, but when it comes down to it, Guy’s passion to see other people do well in their own careers, all the while furthering his own by creating songs that speak more on a heart-to-heart level. This is what will continue to make Guy more and more influential. Will he be big in America in the future? Probably not. And maybe that’s ok. Because influential and famous aren’t the same, and Guy, though not that famous on a global scale, is nevertheless influential where he is. An artist that’ll continue to make his mark on music wherever he goes, the only way is up for Guy if his new album (which consists of both ‘Choir’ and ‘Before I Go’) is just like these two singles in terms of its message and style.