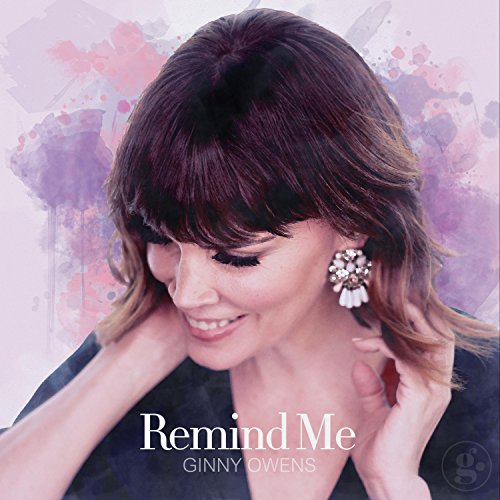 Ginny Owens is one of today’s most respected and prolific songwriters and singers, but if any of you aren’t familiar with who Ginny Owens is and how her story can be such an inspiration to each one of us; then let me give you a quick rundown- I am certain that her life and her music will leave you all forever changed. See, Ginny is blind, has been since age 3. Yet that hasn’t stopped her from creating inspiring and thought-provoking songs for us to be blessed by- doing what God has called her to do. Losing her sight at a very young age is probably a very scary thing to go through. I wouldn’t know, I haven’t had anything traumatic happen like that to me personally, but if you could close your eyes tight and imagine that that’s your life every day, every year; then that’s only a fraction of what Ginny goes through.

Yet you couldn’t and wouldn’t know the hardships she faces just from listening to her heartfelt and personal songs. That’s because Ginny makes lemonades out of the sourest lemon possible. Ginny has decided every time she releases a stellar and poignant album, not to let the devil win, and she has proved that God can turn adversity around for His glory. In her latest studio album Love Be The Loudest, which released to stores in 2016, we were treated to more musical pop and CCM than the standard introspective and reflective material we’re used to seeing and hearing; as Ginny showed us that there are no musical barriers, and when the Lord is in something, He’s in something, no matter what it looks like on the surface.

Ginny’s new single “Remind Me” carries on that trend. Having already released many Dove Award nominated and critically acclaimed albums, Ginny has composed and beautifully crafted her latest single, standing tall at just 3 minutes short- but it’s 3 minutes of solid gold. Acoustically driven by guitars and piano, Ginny eloquently reiterates that time and time again, she forgets the promises of God, and tries to do life alone, becoming despondent during times of trouble and strife. Yet Ginny reassures us that Jesus is here with us, and she asks Him to remind her of His goodness and faithfulness whenever she thinks that she knows better. Singing the song as somewhat of a forewarning to a time when we are indeed rebellious towards God or thinking that we know more than Him; “Remind Me” is a fitting melody in today’s culture, as it shows us that we do need God all the time, and He knows better than all of us put together. No matter what, He is right there beside us- kudos to Ginny for delivering us a song full of sound eternal truths!

Ginny Owens’ latest single “Remind Me”, though short in duration, is bountiful in passion and lyrical genius, as Ginny encourages us to lean into Jesus whenever we are going through the valleys of life Reminding me vocally of artists like Nicole C Mullen, Dara Maclean and Plumb; “Remind Me” is a track made for reflection and personal mediation, as we continue to grasp and understand the love and affections that God lavishes over us. Well done Ginny for such a personal, emotional, and refreshing melody that has me excited for what you have in store next! How about the rest of you guys? Are you a Ginny Owens fan like myself?