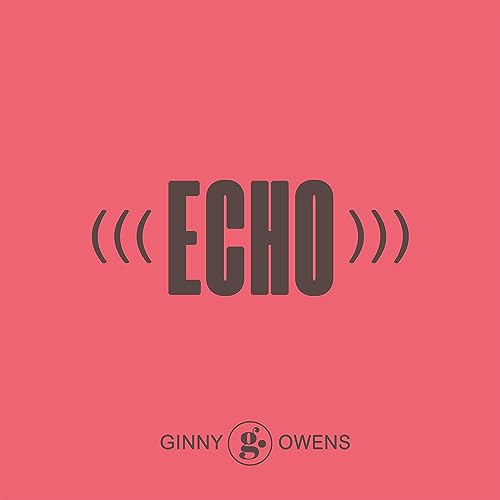 Ginny Owens is one of today’s most respected and prolific Christian songwriters and singers, but if any of you aren’t familiar with how Ginny’s story can be such an inspiration to each one of us; then let me point you all to my review of the 2016 album Love Be The Loudest where I outlined in the introduction, about Ginny’s hardships. Ginny is blind, which obviously makes our ‘hardships’ sound like nothing; yet this ‘setback’ hasn’t stopped her from creating inspiring and thought-provoking songs for us to be blessed by- doing what God has called her to do. Losing her sight at a very young age is probably a very scary thing to go through; yet you couldn’t and wouldn’t know the hardships she faces just from listening to her heartfelt and personal songs. But as you watch her videos about how she sees the world and how she does everyday things, then your admiration for Ginny will undoubtedly increase. She has determination and tenacity beyond any other person I know of, and as Ginny makes lemonades out of the sourest lemon possible; she has also has decided that every time she releases a stellar and poignant album, not to let the devil win, and she has proved that God can turn adversity around for His glory.

Ginny released a couple of new singles last year in “Remind Me” and “Stand With Me” which speak about asking God to remind us of His goodness and faithfulness every time we forget and lose our way (“Remind Me”) and also about standing together as believers and supporting each other in whatever issues we face (“Stand With Me”). And as Ginny has now unveiled yet another single in “Echo”, of which could actually be the third song of a yet to be named new studio album to be released in the near future; we are met with a poppy 3 and a half minute uplifter, as Ginny passionately relays to us that this song is for anyone who feels like their own story isn’t worthy to tell. Ginny dispels this rumour and lets us know that our story is indeed valid, and that we can and should say our story out loud, so that others can be blessed and inspired. As Ginny reiterates that our lives are to be echoed out throughout the world so that at least someone can be impacted, we are subtly reminded that our lives are to echo the love of Jesus as well. As Christians we cannot and shouldn’t keep our faith in Jesus hidden underneath a bed- and at least in this song, which doesn’t directly speak about Jesus, we can have discussion around this point and others, such as who are we echoing, and what are we echoing.

Ginny Owens’ latest single “Echo”, possibly one of the most honest and inspiring tracks of 2019 thus far; is bountiful in passion and lyrical genius, as Ginny encourages us to not keep quiet about everything we know in this life (inclusive of our faith in Jesus if we do believe!). Reminding me vocally of artists like Nicole C Mullen, Dara Maclean and Plumb; “Echo” is a track made for reflection and personal mediation, as we continue to grasp and understand that our lives are meant to be shared with others and not be lived in isolation to community. Well done Ginny for such a personal, emotional, and refreshing melody that has me excited for what you have in store next! How about the rest of you guys? Are you a Ginny Owens fan like myself? Who’s counting down the days until the next Ginny Owens’ song/EP/album?