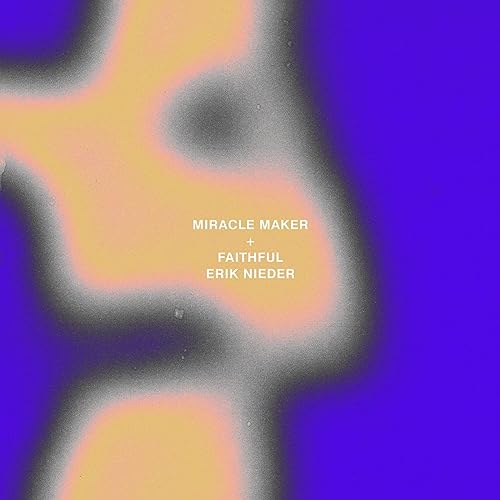 Erik Nieder is perhaps one of the most underrated worship artists…ever. Since being on the radar after his hit ‘Dead Man Walking’ was covered by Fair Trade Services artist John Tibbs (who has since gone back to being an independent artist), Erik Nieder and his music has been instrumental in my own life, and my own walk with Christ over the years. Since discovering his acoustic style hymn-like music in 2015 with his release of Valley of the Shadow (that incorporated ‘Dead Man Walking’), I have been blessed to hear such powerful and poetic melodies from an artist that is very much mature in both a theological and a lyrical sense than most of his musical contemporaries at the moment. Usually, you come across artists that have a ‘wow’ factor (like Phil Wickham, Jason Gray, Josh Wilson, Andrew Peterson, Tenth Avenue North…you get the picture)- Erik is also one of these artists. With a vocal reminding me of artists like Jars of Clay, Jadon Lavik, Tenth Avenue North and Phil Wickham, fans of these aforementioned artists will thoroughly enjoy Erik’s songwriting and singing style. Erik’s music, be it his new song or songs and albums gone by, is unique- many of his songs he has recorded could easily fit in a hymn-book, that’s the quality of his music! And while people may say that this style of writing music may seem a little less contemporary and less energising than other songs by artists like Bethel Music, Chris Tomlin, and the like, I say that Erik’s ability to create hymn-like melodies again and again is a skill in and of itself. As Erik continues to release song after song with a hymn-like quality (much of his songs on Valley of the Shadow [2015], The Narrow Sea [2016], Faithful EP [2018] and lone single ‘Reignite’ [2018] embody that structure as well), we are indeed reminded that hymn-structured songs aren’t just for the melodies of yesteryear, that there seems to be a power and beauty in hymns, and Erik is creating songs that remind us all that hymn-like songs are just as much needed now as they were a fundamental part of music and society back then.

Since the release of ‘Reignite’, Erik’s been quiet and dormant for around four years…and to be honest, I kinda thought that Erik’s career wouldn’t lie in music anymore. It’s been four years…maybe he’s changed career path? Nevertheless, just a few weeks ago, we were graced with something new from Erik once again…well, semi-new. Released as a 2-track single, Erik has offered to us ‘Miracle Maker’ (no, not the Delirious? cover, but an original), alongside a re-recorded version of his standout hit ‘Faithful’. While it has been some time since Erik Nieder releases, this 2-track single feels like he’s never left the music space, as these two songs (although one is technically years old) came to our listening years not too long ago, it’s by my firm assertion that these two tracks are some of song highlights of 2022 thus far.

While ‘Faithful’ was initially recorded and released in 2017, this new reimagining is still equally, compelling, emotive, and poignant. While not really much deviating from the original version, Erik still delivers Biblical truth and grounded encouragement. The song itself stands as a testament to Erik, and how he, I reckon is perhaps the most underrated songwriter of ‘modern hymns’ I’ve heard in my generation. Period. That’s not to say that other songwriter-singers with a poetic edge like Bebo Norman, Jason Gray or the ever-reliable Andrew Peterson aren’t great, it’s just that Erik has this knack of creating hymn-like melodies, that each and every song is just as poignant and emotive as the one before. And this is certainly true of ‘Faithful’- the song encourages us to believe that ‘…even when I’m not, You’re faithful, even when I doubt, Your truth holds, even when I’m lost, You won’t let me go, when my heart is dry, Your grace flows, no matter where I run, I’m not far from hope, I may be weak but You’re able, even when I’m not, You’re faithful…’ …and with these beautiful lyrics, what else can be said? Fans of artists like Bebo, Jason or Andrew will enjoy the music by Erik, or even fans of more indie-style music (Paul Colman, Jadon Lavik, John Tibbs etc.), so I guess if fans of any of these artists aforementioned can sit back and listen to Erik’s music and be impacted, then I guess it’s no wonder why I firmly believe that Erik will travel far in this music industry. ‘Faithful’ is one of my favourite Erik Nieder songs ever, and maybe, just maybe, there’s a full length album (after Valley of the Shadow) lurking around the corner. The double-single then rounds out with ‘Miracle Maker’. Though initially thought of, as a cover of the famous Delirious? worship melody; the song is indeed an Erik Nieder single, as we see Erik proclaim from the outset that ‘…my God is a miracle maker…’, in a similar sentiment and theme to Delirious?’s namesake song. While this double-single will still be known for ‘Faithful’, ‘Miracle Maker’ still stands tall and holds on its own, as we see Erik continue to mature over the years, now creating a double-single that could easily be some of my favourite songs of 2022 thus far.

And so…that is ‘Miracle Maker’ + ‘Faithful’. And while these new songs could be part of a larger project of Erik’s coming sometime in the future; one can’t deny the impact and encouragement these two songs will have in the upcoming weeks and months that could lead up to a wider album release. A worship leader destined to be part of the next generation of worship songs in months and even years to come, Erik’s double-single is once again another reminder of how underrated he really is. Still, Erik is sure to be on the radar of music executives and record labels in the upcoming months (that’s if he wants to be signed)- but even if he doesn’t and still stays independent, his music will still have the power to reach far and wide. Well done Erik with these two songs, can’t wait for the new EP/album in the upcoming years ahead!

1 song to listen to: Faithful