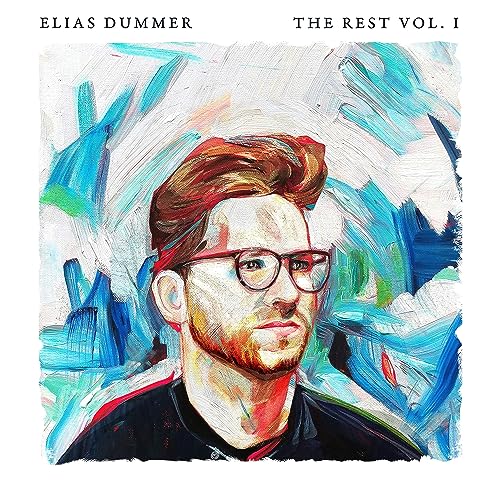 When The City Harmonic disbanded a few years ago, I was a little disheartened- I’m sure they all had their reasons for everyone going their separate ways, I respect that, but just as I felt with All Sons and Daughters and how their split was seemingly unexpected, here I was witnessing the very exact same thing- The City Harmonic parting ways, only for lead singer of the band, Elias Dummer, to venture out on his own to create a solo album in early 2019. And while people can have their theories all they want about why this band broke up, and why that band did as well, but the truth of the matter is this- bands are only around for a season in life. They do break up, some do it albeit in a shorter time frame than we ourselves even realise, but nevertheless, what The City Harmonic had, and what Elias continues to have, are songs of hope, poetry, heartfelt poignancy and justice, as songs like ‘I Have a Dream’, ‘Mountaintop’, ‘A City on a Hill’, ‘Manifesto’, ‘Honestly’ and ‘We are One’, to name a few over the years, have shown us a different side of corporate worship than we have realised ourselves. And as 2019 rolled around, Elias himself offered another offering of music, this time in the form of a solo ‘debut’ album, titled The Work, Vol. 1 and comprising of worship songs for the church. It is true though, that worship is an everyday life activity, rather than just a transactional experience that people often partake every Sunday, nor is it a genre of music. Worship is so much more than what we as Christians in Western society have reduced the word to, and thus, Elias’s first album was in some ways, a revelation and a realisation that worship is far bigger and grander, far more reaching and pivotal, than we can ever dream it could be. It is the work we do on a daily basis, the people we interact with, the songs we sing to our Father, the priorities we place over others, it is the overall daily existence we live, because if we boil everything down, it’s this- that worship is how we respond to what Christ has done for us. It can be through song on a Sunday and it can be through music, but often, worship is expressed through ways that the traditionalist view (singing songs on Sundays) may find it hard to reconcile. And this is why I reckon Elias’s debut album was one that is as much needed amongst people who may find it hard to comprehend the concept of worshp in any other way than on a Sunday; as it is needed in society in general. Fastforward to 2020, and Elias’s new EP, is a similar follow up to all the songs on The Work. Titled The Rest, Vol. 1; Elias’s new EP is a reminder for us all to take time for ourselves, reflect on God’s goodness, and strive and worry less. A companion to listen to alongside Elias’s debut, we are called to rest in Him throughout these 5 songs on the EP, which each track offering to us a different way to rest and a different musical genre that we can worship alongside to.

Both ‘Good’ and ‘Echoing Holy’ are songs that were unveiled to us prior to the EP release date, and both songs are emotive and heartfelt, poignant and encouraging as Elias gives to us songs that challenge us in our own walk with God. ‘Good’ is a pop/gospel/worship hybrid and a reminder that God is in fact good to us at all times, and especially during the difficult moments where we think we can’t see Him moving at all. Reflective and impacting on every level, ‘Good’ is a solid revelation that God’s goodness isn’t dependant on what is happening around us, nor is it dependent on how we are as people- God’s goodness is in His nature, and that is why He is who He is. Yes, there are bad things, but that doesn’t discount God’s goodness, it shows us our constant need for trusting a good God to use whatever has happened to our good and His glory. ‘Echoing Holy’ is a worshipful song through and thorugh, and while cliché at times, the song declares powerfully in the chorus, that ‘…heaven and earth collide, the choir of creation It bursts to life, echoing angels as every tongue and every tribe sing “holy, holy, holy”…’ A song that will fit right into Sunday morning church services in the song setlists around the country and around the world, Elias continues to press to us songs of revitalisation and rest, in songs like ‘Creature’, ‘A Time to Dance’ and ‘This is Holy Ground’. ‘Creature’ is a powerful look at God creating creation, and realising that even though God didn’t really need us all- because He was already in community with Himself in the form of the Father, Son and Holy Spirit; He nevertheless made us anyway, out of a love for the created to be in communion with the creator, now and forever. This is pure love in its rawest and finest, as Elias presents a heartfelt song that people can connect to, regardless of their faith journey or journey through life nonetheless. ‘A Time to Dance’ and ‘This is Holy Ground’ bookend the EP, the former is an updated version of the book of Ecclesiasties in how it speaks that there is indeed a time for everything that we may feel in this life- even a time to dance with joy, and a time to mourn and weep in sorrow; while the EP ender is actually a solo act, not by Elias, but by worship leader Olivia Turco, and is a reimagined acoustical version of the song from Elias’s full length 2019 album, a track that reminds us all that God is holy, and to be before Him and to awe in His majesty, can only occur when we realise our own inadequacies and shortcomings and allow for God to renew us from the inside out.

While for me it can be a bit saddening to know that The City Harmonic are no more, Elias is still making music, and this EP (and album preceding that) is a great testament to the fact that musicians don’t just float off into the ether whenever their project, be it with others or by themselves, die, for lack of a better term. They move onto something else. The City Harmonic was great and influential for the Christian worship landscape, and though The Rest Vol. 1 can take some time getting used to- listening to these songs while maintaining a posture of rest and pressing into His presence and asking the Lord what He wants us to know, through these songs; it’s a great follow-up to The Work which in turn is a great follow-up to  Benediction. Elias’s heart to compel others to live like worshipping is for everyday, is very paramount in this EP. Through songs like ‘This is Holy Ground’, ‘A Time to Dance’ and ‘Good’, to name a handful, The Rest Vol. 1 EP is a great timely album, fitting for such a time as this in 2020. Kudos to Elias for such effort and emotion placed into this EP, can’t wait for either The Work, Vol. 2 or The Rest Vol. 2, whenever they arise.

3 songs to listen to: Good, This is Holy Ground, A Time to Dance