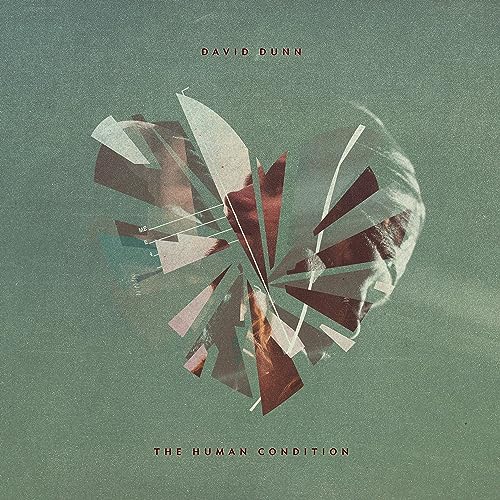 Signed to BEC Recordings in 2014 and releasing both his first label EP in July 2014 and his full-length album Crystal Clear in July 2015; David Dunn, with vocal similarities to artists such as Jonathan Thulin, Abandon and Matthew West, unveiled a debut project certain to be enjoyed and cherished by many of his previous fans. With BEC Recordings also home to artists like Kutless, All Things New, London Gatch, Disciple, River Valley Worship, The Royal Royal, Tasha Layton, 7eventh Time Down and Matty Mullins to name a few; David’s presence as a veteran, has firmed up a line-up that is probably one of the most underrated Christian labels in recent times (ever since Jeremy Camp left the label in 2015!). With David previously releasing the smash hit single “I Wanna Go Back” in 2016, followed by the sophomore album Yellow Balloons; we were met with 10 songs of vulnerability and true surrender to our Almighty Father and our Saviour. Fast forward to now, and it’s time again for David to drop something new. While “Spend A Life” released in March, the latest offering from David is “The Human Condition”- and on the surface it’s an electronic remix-y bag of chaos; on deeper examination the track lyrically is quite deep, and a heartfelt, earnest, and confronting melody certain to start a conversation about how we react as humans in the decisions we all face every day and why we do what we do.

“…This song was born because I got flipped off by a woman in traffic. Made me furious because she was breaking the law. I laid on the horn and inwardly fumed…all that day I couldn’t stop thinking about it… here’s what I came to: that lady has her own story. A reason, or years of reasons, WHY she does what she does. And i’ll probably never know that story, but i need to remember it EXISTS. Because when i remember that there IS a story, it’s much easier to give grace, love freely, and be kind to people like the lady with the finger…and if I can choose kindness, there’s a chance I can become a positive part of that story…” The heart of the song is basically what you’ve just read- as David earnestly outlined, he was mad when a woman was driving recklessly, and then he displayed some anger that was regrettable in hindsight. Now before you all gasp in shock and wonder how David displayed some humanity when he’s supposed to be a singer, an entertainer, and in the public eye, let me tell you something that will flip everything you know upside down. And that is that even famous people are susceptible to emotions every once in a while. That’s the undeniable truth. Every one of us goes through days like what David has described, where we let our emotions get the better of us, and it just proves that we’re human. But it’s in these moments where we need to turn to God and ask Him to keep ourselves in check and accountable. In the moments when we want to scream and shout and hurl insults at the other person, let us call on Jesus to change the narrative of the human condition. It doesn’t have to be the norm when we tear people down, because Jesus goes above every preconceived notion of what society deems to be normal. And that’s freeing and refreshing…so kudos to David for creating a track that’s needed in an emotions-driven world!

And as David Dunn has presented us with a stellar debut album and an exquisite sophomore album, both containing inspiring and powerful melodies such as the powerful hit singles “Today is Beautiful”, “Have Everything”, “Ready to be Myself”, “I Wanna Go Back”, “Grace Will Lead Me Home” and “Masterpiece”; David has once again poured out his heart and soul into his two new songs in “Spend A Life” and “The Human Condition”, as both these songs will surely be on rotation on radio for a sustained period of time; his emotion and unequivocal passion for Jesus sure to be infectious and contagious. In my opinion, BEC Recordings have definitely signed a fine artist that’ll only enhance their artist roster even more, and I’m sure David’s upcoming third album, much anticipated by myself and others, will be more than worth the wait; so well done David for such an inspiring and hopeful melody; “Spend A Life” right now is one of my favourite songs of the year thus far, with “The Human Condition” not too far away!