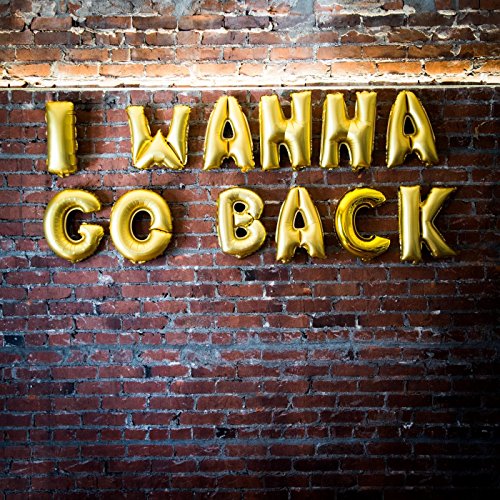 Signed to BEC Recordings in 2014 and releasing both his first label EP in July 2014 and his full length album Crystal Clear in July 2015; David Dunn, with vocal similarities to artists such as Jonathan Thulin, Abandon and Matthew West, unveiled an album certain to be enjoyed and cherished by many of his previous fans, as Crystal Clear became one of my favourite debut albums since Love & The Outcome’s self-titled debut album in 2013. With BEC Recordings home to artists like Kutless, All Things New, Among The Thirsty, Citizens and Saints, 7eventh Time Down and Dustin Krensue to name a few; David’s introduction firms up a line-up that is probably one of the most underrated Christian labels in recent times. And as David launched his debut album containing inspiring and powerful melodies such as the powerful hit singles “Today is Beautiful” and “Have Everything” and a remastered version of “Ready to be Myself”; his is now readying to release his sophomore project Yellow Balloons in early 2017. And as “I Wanna Go Back”, the lead single from the project, released to iTunes recently, we thought it would be fitting to review this particular song, just as we have reviewed singles from Abigail Duhon (“I’m Not Ashamed”), Jeremy Camp (“I’m Not Ashamed”) and Britt Nicole (“Through Your Eyes”); given the impact the song will surely have at radio and the timely and relevant message David eloquently conveys through this catchy 4-minute pop tune.

“…’I Wanna Go Back’ is a song of nostalgia, of longing for the time in my life when I didn’t believe things to be true, I just knew them as fact. I knew God was huge, I knew that He loved me, and I knew I could do anything, I mean ANYTHING. Then I grew up. I got ‘smart’ and needed to doubt and question every aspect of what I thought I knew. My brain insisted that God was complicated, and that my relationship to and with God was complicated. And in the end, all my ‘what ifs’ and ‘maybes’ actually minimized my own view of what I believed I was capable of…or for that matter, what I thought God was capable of – so I do wanna go back–back to the mentality of the little kid I used to be who knew that faith was simple. It was as easy as ‘Jesus loves me, this I know’ and ‘this little light of mine, I’m gonna let it shine.’ I wanna go back…” As David has unpacked this song in the above quote, more so than I ever could, I am confronted and equally comforted by the notion that when it all boils down to it, Christianity is a simple concept, and something that we can easily understand when dwelling upon the fact for 5-10 seconds or thereabouts. Simply put, and expounded upon in “I Wanna Go Back”, is that Jesus loves us immeasurably more than we could ever imagine, died for us so that we could live if we put our faith and trust in Him, and longs for us to be with Him in communion, as we show the world His love for us, and the active change He invokes in us as a result of our immediate salvation because of the cross and the resurrection. That’s it, no other additions or works needed to be closer to God. We are already loved; therefore, we don’t need to do extra.

As David fittingly recounts that ‘…I wanna go back, to Jesus loves me this I know, for the Bible tells me, for the Bible tells me so, I wanna go back, to this little light, gonna let it shine, gonna let it shine, I wanna go back…’, we are reminded that sometimes a simpler viewpoint of Christianity is needed for us to rid ourselves of the myths we tell ourselves about God, or the lies told about God by our friends, family, and sometimes by the devil himself. Though this song isn’t the most lyrically creative song out there (leave that to artists like Andrew Peterson to include metaphors galore!), “I Wanna Go Back” in my opinion is needed, if only for us to realise that we need to go back to the simplicity of Christianity, for us to go back to the roots of why we believe what we believe. Because if we can get that right, if we can fully grasp that ‘Jesus + nothing = everything’ then we’re on the road to finally living in the freedom that Christianity offers. And if David Dunn’s inspiring and encouraging song changes someone’s perspective on God, from a perspective that is all about rules, to all about grace and His love for us, then David has done his job quite well, and then some!

David’s collection of 13 songs on Crystal Clear is great if you want to see what this BEC Recordings artist has to offer, yet it is “I Wanna Go Back” that will surely catapult this brilliant ‘new’ artist into the stardom that I believe he well deserves. As David has poured out his heart and soul into a song that will surely be on rotation on radio for a sustained period of time, his emotion and unequivocal passion for Jesus is sure to be infectious and contagious as we sing along that ‘…when it was You and it was me, I had everything I needed, faith could even move a mountain top…’. A radio single, that’ll be a standout amongst the label groups throughout 2016 so far; BEC Recordings have definitely signed a fine artist that’ll only enhance their artist roster even more. Well done David for such an inspiring song, and on that fact alone, I can’t wait to hear Yellow Balloons which will surely be one of my most anticipated albums of 2017!