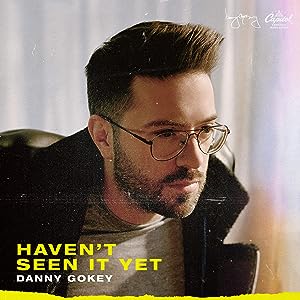 Danny Gokey has been a reliable force within the CCM industry of late. Since his ejection into Christian music with his unveiling of his 2014 album Hope in Front Of Me, his second overall after a stint in country music with the 2010 album My Best Days, Danny has been giving us hit after hit, song after song full of life and hope, comfort and encouragement. With Danny himself being a product of the singing competition American Idol, many others, alongside Danny, have been grateful for the singing competition, from Mandisa, Phil Stacey, Chris Sligh, Carrie Underwood and Colton Dixon, to Philip Phillips, Scotty McCreery, Kris Allen, Jason Castro, Daughtry, Katharine McPhee and Jordin Sparks. In 2017, Danny unveiled another new album in Rise, one that has since been nominated for Dove Awards and borne with it the radio singles of ‘The Comeback’, ‘Masterpiece’, ‘If You Ain’t in It’ and the title track ‘Rise’. Coming into his own with the release of his successful album Hope in Front of Me, Rise was everything that we could be excited for, as CCM fans. And while it is always sad to see anyone go through what Danny did (his first wife Sophia died just weeks prior to his American Idol audition), we see an artist and man that has arisen from such tragedy with poise and grace- Hope in Front of Me is a career defining album for Danny, and his 2017 album showed a man continuing to deliver hope and encouragement through his own life experiences, to whomever hears it. Now here we are in 2019, and Danny has since released another album titled Haven’t Seen It Yet, and for me, it’s actually one of Danny’s most cohesive. Released in the beginning of April 2019, this album is a must-have if you’ve enjoyed Danny’s previous work, or if you love similar artists like Matthew West or Mandisa!

Released as a single on January 11th 2019, ‘Haven’t Seen It Yet’, the title track on the album, is by far one of the most emotive and heartfelt songs I’ve heard from Danny ever since songs like ‘Hope in Front of Me’ and ‘Tell Your Heart to Beat Again’ way back in 2014. A song that encourages listeners to never give up on the promises that have been given by God, especially during times of difficulty and trials when said promises are hard to even see; it is in the waiting that we can declare this song with confidence, knowing full well that ‘…He is moving with a love so deep, hallelujah for the victory, good things are comin’, even when we can’t see, we can’t see it yet, but we believe that…’ This is a song to encourage people who may not see their plans come into fruition, and an encouragement to remind us to keep holding on to what we know is true- that what God sets out to accomplish, He does, no matter what can be seen with the human eye. As Danny imparts to us in an interview with Billboard about the title track, ‘…it’s for people dealing with disappointment, which often makes people do a lot of things they don’t want to do. I was a widower and now I’m married again, but there are many who try to escape the pain of losing a spouse by doing bad things like drugs. So this song is for those people — not just widows and widowers — to give them hope. If you’ve been praying for a long time and haven’t found the answer, you’re gonna need to look at all the good things that God has done. What you feel now many not be the truest, and God is not finished with you yet. The best is yet to come. It’s a song of comfort, hope and to keep people pushing through the dark times…’ With the song also being unveiled to us as a remix as well, ‘Haven’t Seen It Yet’ is one of the standouts on the album, and one such song that is almost certain to become a standout within CCM for the year of 2019, come year’s end.

Throughout the rest of the album, Danny continues to impart to us themes of hope and constant encouragement, through a myriad of eclectic styles and homages to music that continues to create a diversity in and amongst the CCM community that would otherwise not have been explored had it not been for Danny and his music. ‘New Day’ starts the album as track #1 and sets the tone with horn sections and buoyant and jubilant tempo that creates an upbeat melody about us leaving the past in the past and reigniting previous dreams and hopes, because of the new day that has come in light of Christ and His own sacrifice in place of us- a great reason to celebrate and declare a ‘new day’ in our lives. The accompanying lyric/music video is also enough for the infectious and joyous song to create effect in our lives moving forward. ‘Love God Love People’, supposedly featuring Michael W. Smith (he doesn’t sing on the song, so maybe he’s playing the piano?), continues the vibrant and upbeat tone, as the song itself tries to strip away all the complicated things we love to place on this faith we have called Christianity, as Danny relays to us two things that this song conveys- love God and love people. Most times we try to over-complicate what Christianity is really all about, and this song tries its best to simplify the things that seem to baffle and at times confuse not only the person who isn’t a Christian, but often the Christian as well. Danny also gives us ‘Wanted’, a piano prominent song (and potential radio single) about the restoration of people that have been hurted and burned through rejection. The song itself reminds us all that we are wanted in the sight of the Lord, something that people often find it hard to believe if they have been suffering trauma from long ago. As Danny himself puts it, ‘…“Wanted” is about people who have dealt with massive rejection. But no matter how big or small the trauma was, the creator — the one who’s written the story of your life — still wants you. Rejection can really tear people apart and make us own our enemies. So the song is just about restoring hope to a lot of people…’

‘Finish Strong’, standing at a short 2:45, brings the faster-pace back again with a track about running the race and finishing strong as we set our eyes on Jesus and what He longs for and wants for us in our lives, and though the message of running a race other people often quit, is spot on, somehow, the music behind the song itself seems a little ho-hum, even now, I’ve found very little to distinguish ‘Finish Strong’ from the various other songs Danny has done- which is a shame, because I know how hard-working Danny is. Nevertheless, other people may be impacted and enjoy this song, but for me, it wasn’t really the case. Despite this hiccup, Danny still continues to highlight the themes of comfort and hope, as songs like ‘No Pressure’ calls us all to be ourselves, that there’s no pressure to perform and be other people, regardless of what the world places importance; while others like ‘Fighter’ gives us confidence, that God fights our battles for us, and thus, with God, we are more than what we believe in that moment we are. We are indeed fighters, and much of it is undertaken through the refining of our hearts and beliefs, through fire, tragedy, and questions asked of us during difficult moments in our lives!

‘Undertow’ dials the tempo back as Danny presents a truth that there is no length that God wouldn’t go for us to be reunited back to Him, that ‘…I’d go to the ends of the earth for you, no undertow could make me let go, forever I’m bound to you, cause I’d walk through fire, I’d walk through pain, I’m already there when you call my name…’, while ‘Better Because of It’ is shown as a mid-tempo pop-radio song that sheds some light onto the topic of how the darkness in our lives can cloud our belief, that God can never turn around whatever we’re facing and turn it for good- when in fact we know that God does turn things in our lives for good, no matter how ugly they may seem. ‘Better Because of It’ reminds us that every trial and disappointment, everything that can cause us chaos and calamity, wijll always be used by God to shape and mould us into someone God will use to further His kingdom! ‘Craziest Thing’, laden with electronics, doesn’t seem to worry myself as this infectious pop song is one that cannot be ejected from your head once you hear it- the song itself plays into the theme that to be loved and known fully and accepted, is the craziest thing that can be fathomed, yet it’s the truth.

Danny also channels Justin Timberlake with ‘More Than I Could Be’, a song that gives us hope that God takes all the things in our lives and makes us into people more than we can even fathom to be on our own; while the album ends with ‘Tell Somebody’, a duet with Mandisa (fellow American Idol alum) that recognises the tragedy that not many people place their money where their mouth is and tell people about their faith when push comes to shove. There needs to be an urgent importance that comes with us understanding what it means to be a Christ-follower- to place our faith into action and to tell people about this unending and unfathomable love that God has for each of us- and His sacrifice through His Son to show this very fact. Often to share about our own faith to others can be very daunting and scary, yet this song is for us all, to give us comfort and impetus to undertake even the scariest of tasks, knowing full well that to share with others what Christ has done in our lives shouldn’t be as fearful as we make it out to be!

Danny’s new album has something for everyone, literally. This is by far one of CCM’s most musically diverse album I’ve heard this year, and fans of Danny’s previous music, alongside fans of CCM in general, will enjoy this new album, but beyond those two groups- I really don’t know. Only time will tell. Danny is certainly passionate and enthusiastic, and while at times I felt some songs were short and rushed, while others could’ve been less longer than they were; overall this album is stylistically similar to his 2017 album Rise…which can be a good thing, but it can also turn into something that breeds contempt and lack of artistic growth. Has that happened on this new album? No, but if Danny continues along this road, and his new album is once again similar to the last, then maybe. Regardless, the impact of ‘Haven’t Seen it Yet’ the song could and should translate into the grand impact of Haven’t Seen It Yet the album. An album that’s certainly going to be on repeat for a while yet, Danny’s passion is undeniable, and his artistic flair unique, in this album release; as this April standout continues to highlight what CCM pop should be like, both now and leading into the future. Danny’s joyous nature (just see his interviews!) is captured well in these 13 songs, as Haven’t Seen It Yet also continues to allow Danny to bring in listeners that may not otherwise listen to his music for whatever reason. Well done Danny for such an enjoyable album in Haven’t Seen It Yet, one of 2019’s best, and one that can impact and encourage in the upcoming months ahead.

3 songs to listen to: Wanted, Haven’t Seen It Yet, Tell Somebody