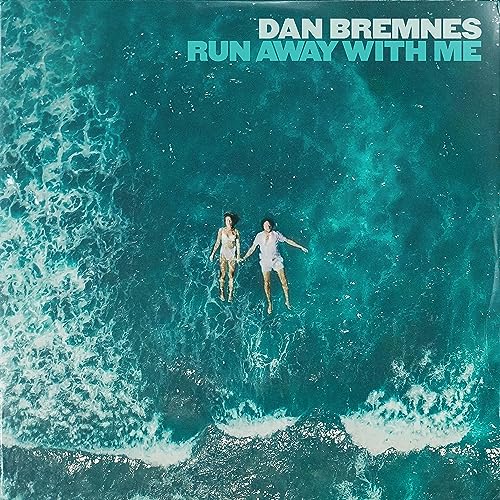 Dan Bremnes– Run Away With Me (Single) (Amazon mp3/iTunes)

Every now and again, an artist comes along that blows you away, in every facet. Songwriting, musicianship, energy, passion… and Canadian CCM singer/songwriter Dan Bremnes is one such artist. He released his label debut Where The Light Is in 2015, his Word Label Group debut EP Wherever I Go in 2018, and also released his second full length studio album Wherever I Go in 2019; comprising of the 7 tracks from the Wherever I Go EP, plus 7 brand new songs! 4 years between full length albums- there were seriously some high hopes that I have for this release. And…I think it’s safe to say that Wherever I Go exceeded my expectations- which is definitely a good thing! So if you want to know more about Dan, then I think a few years ago I wrote a pretty good intro to my review of Where The Light Is, and Jon wrote an extensive intro as well for his review of the Wherever I Go EP– so let me point you to those reviews here and here for you to read. I also reviewed Dan’s 2nd album here; but let me just remind you all that Dan is one of the most passionate and dedicated artists out there at the moment, in my humble opinion! I for one, found Wherever I Go to be much more resonating and powerful and moving than anything from Where The Light Is. It’s not that these songs are better than every single track from Where The Light Is; it’s just that these melodies show a more mature Dan Bremnes– one that’s older and wiser; which makes these songs all the more relevant and applicable to today’s society and culture. Dan’s emotion is clearly on display here, and the entire sophomore full-length project reminds us all that wherever Dan goes after touring for this album- he’s going with God. It may be into the unknown but because God is there, it’s going to be a beautiful journey. And as Dan also revealed Wherever I Go (Acoustic Sessions) last year; it’s time for us to be immersed in something new from one of the most underrated artists in Christian pop. “Run Away with Me” is Dan’s latest single, and though it’s similar to something that mainstream artists like Ed Sheeran or Ronan Keating would record, there’s still value and impact in this melody.

I wrote ‘Run Away With Me’ at the height of the pandemic when all dreams felt cancelled. We asked ourselves, ‘Where would we go with the one we love right now?’ This song is about dreaming impossible dreams in impossible times.

With the song co-written with Mike Donehey, and the extremely picturesque music video filmed by Jon Steingard, Dan eloquently reveals to us that even if it seems unrealistic, if you dream big dreams, step out in faith and trust God; the possibilities are endless. All things are possible with God, and with Dan singing about going on a holiday with his wife smack bang in the middle of a pandemic, the theme of the song about trusting God and following His lead, reminds us that we can step out in faith also. With Dan also sharing his testimony in the music video of the song, this breezy, summer-y anthem is just the sort of light escapism that we need. The world is a tad overwhelming and shot to bits right now; so why can’t we dream a little right now?

I don’t think it’ll ever be disclosed as to why Dan Bremnes split from Capitol Christian Music Group. In some ways, it hardly matters. However, it’s evident that he’s enjoying his time at Word- and Wherever I Go is proof of this. The latest single “Run Away with Me” is also impressive and signifies Dan’s musical and lyrical versatility. It isn’t known what is coming next for Dan, but hopefully there will be something on the horizon soon. So let us sit back and enjoy the poppy and inspiring new song! Is this track in your top songs of this year thus far?