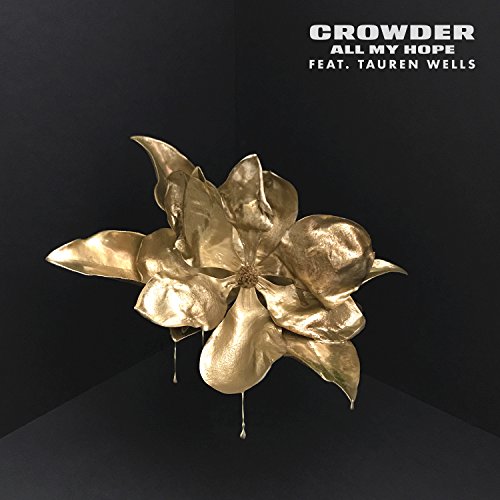 David Crowder is an enigma. That’s a fact. The reasons why he split from his bandmates from the band David Crowder*Band, then so soon after formed his own band titled Crowder, is a mystery. Maybe there was animosity. Maybe his bandmates were difficult to get along with. Maybe he felt God calling him to go solo, and they split amicably. Whatever the case, the fact remains- that the split of one of the most popular bands in CCM history resulted in the popularity of both The Digital Age (with Mark Waldrop and Mike Dodson as co-lead singers) and Crowder’s solo music ministry. And while The Digital Age, with their albums Evening:Morning and Galaxies garnered moderate success, Crowder unveiled Neon Steeple and American Prodigal to critical and commercial acclaim. Neon Steeple was one of my favourite albums of 2014, spawning hits such as “I Am”, “Lift Your Head Weary Sinner (Chains)” and “Come As You Are”; and American Prodigal, with its hits such as “Run Devil Run”, “Forgiven”, “Back To The Garden” and “My Victory”, was one of my favourite albums of 2016, so much so that I rated the album 5/5 (you can read my review here!). Now, just this year, Crowder has released his brand new single, a re-recording of the song “All My Hope”, featuring the guest vocals of former Royal Tailor frontman and now solo artist Tauren Wells.

While “All My Hope” on the original recording led by brilliant piano, with a gospel like atmosphere permeated throughout, with Crowder channelling his inner Kirk Franklin or Israel Houghton vocally; on this newly recorded single, the tempo is quickened a bit (shortening the track from 4:14 to 3:52- maybe the radio folks love songs less than 4 minutes?) and more instruments are added in to create a fuller sound and maybe a richness and a depth that isn’t heard on the piano prominent original version. That doesn’t really bother me at all, and in fact, I enjoy this ‘new’ version more. What really enhances the song in my opinion, is Tauren’s soulful vocals passionately singing the second verse and the backing vocals. But that’s just my opinion, and you may have the same one or another. That’s ok. Anyway, this markedly different yet also refreshing melody is sure to put a smile on all of our faces, as we are eloquently reminded that ‘…all my hope is in Jesus, thank God that yesterday’s gone, all my sins are forgiven, and I’ve been washed by the blood…’. So what are you waiting for? Check out the song, and let me know what you think of Crowder and Tauren Wells’ stirring duet!

One of the most progressive, experimental and encouraging worship artists ever; Crowder still continues to play his music in an era without the DC*B, and here’s hoping that there are many more albums in the future from the talented singer/songwriter. Even if bands break up, their music can still impact, and Crowder has reminded us through his first and second solo albums that a band break up isn’t gonna hold him down. In fact, I reckon he’s just getting started. So what are you waiting for, pick up some Crowder (“All My Hope” single and/or American Prodigal and/or Neon Steeple), and let’s have a party with some banjos and harmonica, shall we?

3 songs to listen to: All My Hope, until we notice that this ‘hymn-like’ song isn’t from Crowder’s genre, but nonetheless still impactful, and a shoe-in for WOW Hits 2019 next year!