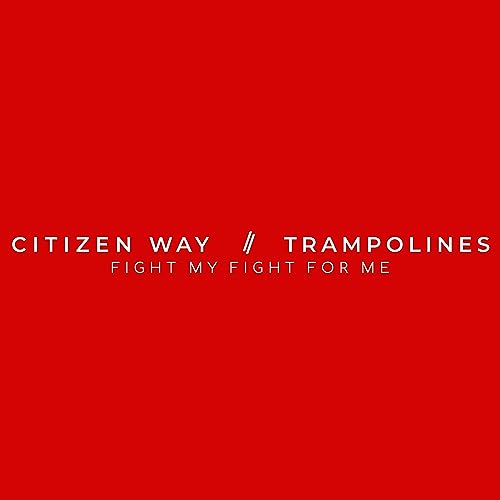 Citizen Way have come a long way ever since their debut radio single ‘Should’ve Been Me’ almost a decade ago. From Elgin, Illinois; this CCM band is everything that a pop/CCM enthusiast can hope for in a band. Formed in 2004 and signed to Fair Trade Services in 2012, it was the success of singles “How Sweet the Sound”, “Should’ve Been Me” and “Evidence” from their debut album Love is the Evidence that they released in 2013, that placed them on the map of new CCM bands of that particular year to be on the lookout for. Fast-forwarding a few years, and the band released 2.0; and here the sound is much more mature, and much more refined. An infusion of musical sounds similar to that of Josh Wilson, Aaron Shust, Sidewalk Prophets and We are Leo; this infusion of pop/rock, with a few underlings of electronic goodness and an overarching atmosphere of worship is what made 2.0 one of the standouts of 2016 as a whole, and delivered their biggest radio hit in their whole career thus far, ‘Bulletproof’. 2019 then saw the band unveil to us a new album in Love is a Lion; a set of songs that Ben Calhoun and co. have mined for the better part of a few years for, which eventuated in 11 songs that are great to listen to and enjoy if you are a CCM enthusiast, like myself. Comprising of already fan-favourite ‘Wave Walker’ (feat. Bart Millard on backing vocals) and their re-imagining of ‘The Lord’s Prayer’, Citizen Way delivered what I thought was one of their most emotive and heartfelt albums yet. Now at the end of 2021, we see Ben Calhoun and co. release another musical offering- this time, the single ‘Fight My Fight for Me’, featuring pop/CCM duo, Trampolines.

To be honest, I didn’t really expect Citizen Way to make something new. After Love is a Lion released in late 2019, the band members started to leave, for one reason or another. At one point in 2021, there was only one member, Ben Calhoun, part of this group, and I thought at that point, that it was only a matter of time before this once-promising group starts to fade away into oblivion. Alas, what I thought was almost a certainty turned out to be very dead wrong. Since the release of this song, I was coloured intrigued. I haven’t heard of Trampolines before, and Citizen Way, in the grand scheme of things, aren’t that famous or popular- their most famous song, I reckon, is ‘Bulletproof’, and that was a while ago. So, I guess, maybe ‘Fight My Fight For Me’ is a new slate for the band? However we decide to coin and phrase it, one thing I know is true- that Ben is not done with Citizen Way yet, and as of this moment, we see Josh Caulhoun also re-entering the band as well. And so, what do I think about the song? Well…it’s catchy. But maybe that’s where the positives end for me. And maybe it’s because I’m comparing this song to a lot of their accomplished tracks on their first album; and let’s just say that this song pales in comparison. And maybe I shouldn’t really do that. But I do.

No fault of Ben Calhoun, but unfortunately this track isn’t what I thought it could’ve been, or even what I thought it really was. Sure, the song is uber-catchy and is perhaps one of the most poppiest CCM tracks of 2021 thus far. But in terms of something that reinvents the wheel, or is presented as something that gives us something new and different…well, unfortunately ‘Fight My Fight For Me’ doesn’t seem to hold up. The song speaks about how God fights our battles for us, but I guess we’ve already had a song speaking about that very thing- Riley Clemmons’ track ‘Fighting For Me’. Nevertheless, Citizen Way have delivered this track to the masses, and while I myself didn’t find it as meaningful as I know the band can definitely be, I know a lot of people dig this song. Almost all of the youtube comments for this track are all positive, but the way I stand with this, I say that Ben and co. have delivered a reasonable song, but not one that wows us all just yet. Maybe I’m just holding out hope for another ‘Bulletproof’. Maybe one day, that track will come. But not today. ‘Fight My Fight For Me’ is catchy, I’ll give you that. But really, really forgettable, when placed with the sea of releases in 2021 thus far. Regardless though, I’m glad Citizen Way are back making music, after a few moments in the unknown and limbo. Now moving forward, they can create a new album- preferably one that is much better than one this new song suggests this band is, at the moment. Maybe I just know that Citizen Way are better than this. Here’s hoping that the next musical offering after this song, proves my point.