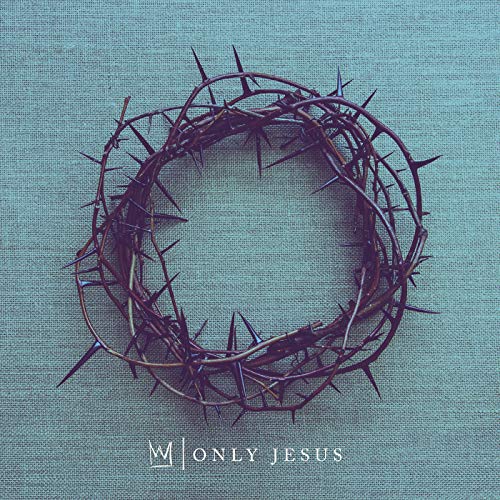 If there’s a singer, a songwriter and someone in the CCM industry who has gone through hard trials, without question the lowest of lows, and has come through the other side somewhat relatively unscathed- it’s probably Mark Hall of Casting Crowns. The band has been around for a very long time, with their 2003 self-titled debut marking plenty more albums and hits, as well as awards and accolades- and with each listener and critic praising the 7-piece worship/pop/CCM band, Casting Crowns takes it all in their stride. Unassuming in the delivery of their songs (I don’t think they care very much for the flash, the big nor the grandiose!), it’s not really the music that they’ll be remember for so much, but it’s the lyrics. Biblical lyrics rooted in spiritual truth about a God who loves and adores us for all eternity. And about practical things that we can do in our daily walk with God so that we can stay closer to Him. Casting Crowns, for all their good songs such as “Who Am I?”, “Voice Of Truth”, “If We Are The Body”, “Praise You In The Storm”, “Lifesong”, “Slow Fade”, “East To West”, “Until The Whole World Hears”, “Glorious Day”, “Courageous”, “Jesus Friend Of Sinners”, “Thrive”, “All You’ve Ever Wanted” and “Just Be Held”; are still doing this artist and music thing as part-time. And that’s…quite remarkable, that they can keep going at this pace, and be full time youth pastors at all of their respective churches, yet still churn out high quality albums. But if that doesn’t wow you, then their latest album The Very Next Thing will.

We reviewed Casting Crowns’ latest album in 2016 (you can read the review here!), but maybe what we failed to mention, or maybe we just glossed over, was that this album is quite personal for lead singer Mark Hall. A few years ago, while recording The Very Next Thing, Mark was diagnosed with cancer. I’m not really sure which type (I don’t think it was disclosed, and if it was, I don’t think I paid enough attention- and I’m not sure where to find the information again!), but it doesn’t really matter. All cancer is bad, and for a lead singer of a band to suddenly contract what could be a life-threatening or terminal illness, surely questions of self-worth, identity and faith would come into question, particularly for a band as big as Casting Crowns. While Mark revealed quite a lot of what he was feeling during an interview (which you can watch here or below!), it was the song “Oh My Soul” that dug deep into the issues Mark was facing.

Therapeutic in the sense that Mark wrote it in the midst of his cancer struggle (and now he’s in remission, but that means that while he’s well and healthy now, the cancer could come back anytime)- this album on the whole, while one of our favourites for the site for the year of 2016; I reckon it’s probably the band’s most personal album they’ve ever done so far. It could have been their last one, as Mark could’ve died, so in that sense, I’d say that even if other subsequent albums are more popular or respected than their 2016 project, The Very Next Thing will hold maybe the most special place in their hearts. Because now any record could be their last, so from here on out, maybe a kind of fearlessness and raw emotion will be displayed from now on? If I were then I’d keep going with no holds barred- Mark’s got a new lease on life, so why not use it actively to spread the gospel more and more?

Fast forward two years later, and we now have a brand-new single. “Only Jesus” is the title track from their upcoming studio album, releasing in November 2018. Written by Mark, Matthew West and Bernie Herms, we are met with probably the most CCM song they’ve recorded since “All You’ve Ever Wanted”. Some critics would say that the band haven’t grown. Some would say they’ve sold out. Some would say that Mark’s cancer hasn’t impacted the band the way that it should have. But I say something different. I say that Casting Crowns are doing what they do best; and they are doing it well. Strong Biblical truth, and songs that impact your soul, no matter how cliché they sound. With the backdrop of this mid-tempo CCM radio friendly melody being light electric guitar and strong keys, it’s inevitable for this track to be flooded on stations like KLove or Air1 in the near future. No doubt this song would be present on WOW Hits 2020 next year. But the cliché nature shouldn’t faze anyone, and detract from enjoyableness nor impactfulness. These guys have a calling, and now more than ever, this calling is needed by the world, even if they don’t know it. This song probably isn’t the most creative, not by a long shot. But it is the most needed this year, by a long shot. The only thing we ought to remember is Jesus’ name, and if it isn’t, if at any stage of life we want to build our kingdoms up instead of His, then we’re doing life wrong. The only way to life, according to Mark in this song and I agree with Him; is to put Jesus first. Everything else will follow later on. So let’s listen to this song, and be impacted. Don’t worry about the simpleness of the music or lyrics. Just let God speak.

“…There’s much talk these days about legacy. How do we want to be remembered? The more I think about it the more I’m reminded that anything in me that’s worth remembering are the things that Jesus has worked on, and is still working on in me. On my own I have nothing to offer the world, but Jesus does – so don’t mind me. Jesus is the only name to remember…” With nothing much more to say about this song than what I’ve outlined already, let me say that “Only Jesus” is probably my favourite song of the year, and will still be there come December time. This song proves why Casting Crowns will be around for a long time yet, and why they have stayed as long as they have as a band together. So what is next for the group? As long as Mark is alive…it’s new music. And tours and growing the kingdom. But for the next future, it’s their upcoming album Only Jesus later on in 2018. Until that time, let us listen to “Only Jesus” and be reminded that it is only Jesus that needs to be at the centre of our lives.