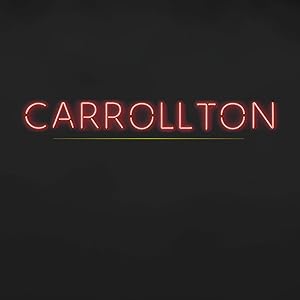 Carrollton has been in and around the music business for a while. As the band started off by leading worship in churches around 11 years ago, leading worship in churches, bible studies, worship camps and conferences led the band to write songs and record music, which in turn led Carrollton to a record label deal with Centricity Music for quite some time. 2 albums and 2 EP’s later, and a whole lot of singles, in songs like ‘Holding Onto You’, ‘Let Love Win’, ‘Breathe in Deep’, ‘Tell Me’ and the recent track ‘Made for This’; this band with roots in the town of Carrollton, Georgia USA (where Carrollton first got their band name), has continued to give us heartfelt songs with a southern/country twang to it as we see quite possibly one of the most underrated CCM bands take flight to another album release to place in their arsenal of albums that have been delivered to us over the years. Their self-titled album dropped digitally last week Friday, and with a new lead singer and new guitar player; Carrollton are back after a bit of a hiatus with new music, ready to deliver poignant songs and heartfelt melodies that remind us of what we need to hold onto in such a fragile situation today. Totalling at 8 songs and standing at a total length of 27 minutes, these bite-sized melodies are full of joy and rousing declaration, with a few melodies sounding as if they’ll fit right at home on a country playlist surrounded by artists like Rascal Flatts, Keith Urban or Lady Antebellum. With this quartet still pressing on in the light of personnel changes, this self-titled release is a reset of sorts, as we see a band that has a sense of new life and a rejuvenated spirt, as these songs evoke a sense of action and a call for positive change, knowing that it is indeed Jesus Himself that orchestrates these changes. Carrollton by Carrollton is an album that’s certain to be enjoyed and loved, if you listen to similar aritsts like Lady Antebellum, Rascal Flatts, needtobreathe or even CCM/country rockers Third Day.

‘Jesus Is’ is the first single released from the band that was unveiled to us in late March 2020; and is by far one of the liveliest songs I’ve heard in 2020 thus far. The song itself is a reminder and a promise that Jesus is all that He says He is, and that according to us Christians and the Word of God (the Bible), He’s ‘…more than something to believe in…more than right, wrong or a feeling…strong enough to help you start new…a bright light that will guide you…’ A great way to start off this ‘new’ Carrollton with the new singer, ‘Jesus Is’ is joyous foot-stomping head-bopping country-esque CCM melody of the year thus far, and as we hear from the band as to how they themselves see ‘Jesus Is’, we learn that ‘…two things stood out pretty quickly. One, as a writer and an artist, it’s so easy for me to settle into a mindset of having to be super poetic–almost to the point of speaking in code. But, with this song, it was just so clearly laid out and clearly defined. That stood out to me. The other thing that stood out is the opening line of the song, “I know that Jesus is more than something to believe in.” The next line is, “I know that Jesus is more than right, wrong, or a feeling.” It’s basically speaking to that surface-level mindset of who Christ is. We get carried away with things going on, and that’s why we stress. Ultimately, we forget about the hope we have and where it’s found. This song is a glaring reminder of this simple foundational truth that our faith is more than just a cultural practice. Our faith is more than just a personal preference or opinion. It’s this deep, rich well of joy, peace, love, and grace. I think when we view life through the lens of the hope that we have in Christ, it makes life better. “Jesus Is” lays that out so clearly and so well…’ ‘Not Afraid of the Dark’ is the other track released prior to this self-titled album this past week, and the song itself speaks of a topic that we as humans and as Christians seem to sweep under the rug- this issue of still being afraid when we’re older, and understanding that it is ok for us to admit our fears and concerns, our doubts and uncertainties, as we understand that just because we were afraid of the dark when we were young, that doesn’t mean that fear is just for when we’re younger too- we grow up, we don’t get scared of the dark, but we still fear other things in its place. ‘Not Afraid of the Dark’ is a reminder that adults do have problems too, even if when we were kids, and thought that the dark was the worst thing ever, we saw the adults in an ‘invincible’ light. Nevertheless, this song gives us perspective, that getting older doesn’t mean your fears get less, they’re just replaced and realigned ot different things. This is where we lay down our worries, troubles, doubts and uncertainties at the feet of Jesus, and ask Him to come take our fears, so that as adults, we don’ t have to place our fears from one thing to the next.

Throughout the rest of the album, Carrollton tread the fine line carefully of trying to emulate country music, needtobreathe and create a fresh spin on the Carrollton of old, quite nicely, as these tracks deliver a fresh take on what Carrollton is going to be like now and into the future. ‘Hold You’ is a predominately an acoustically driven song full of foot stops that delivers a timely theme of casting our cares onto Christ, letting Him hold us so we don’t have to do it all ourselves- we can rest and lay our weary heads at the feet of Christ as He reminds us all that resting and realigning our focus is more productive than the rushing and being busy for the sake of it; while ‘Something to Sing About’ is a toe-tapping straight-out country song with a faith aspect as the band reminds us all that they have something to sing about- Christ’s love. Joyous and a track that will seemingly fit within the track listing of any new or hot country music playlist on Spotify, Carrollton and their new music, I’m sure will catch the ear of many country music enthusiasts as the weeks and months go by. ‘This I Know’ continues along the country-driven musical undertone as Carrollton impress to us the theme of recalling and knowing all the things that Christ has done for us in our circumstances and situations back in the day, and being reminded that because He has done it before, He can do it again; while ‘In My Sky’ is a introspective acoustically driven song where we contemplate how much Christ has altered our ‘skies’ since we understand how much He has sacrified for us to be reconciled back to Him. It is a reminder that ‘…I live my life to tell of what I’ve seen, that You’re my God, my rock, my everything, You gave life and taught the sun to shine in my sky…’ ‘Choose to Love’ follows on from ‘In  My Sky’, and is a heartfelt look at how we should respond, to people who we may have a different viewpoint, or people we may not ‘love’ anymore, because of this reason or that. There is a fact that we all have to understand- we won’t ‘click’ with everyone, and there will be people that we may not like for some reason or another- but love is a choice that we must make everyday. It is out of love for the Father, that we show love, mercy and grace for our fellow humans, and even to the people who we may not see eye to eye, we at least show them respect, dignity, and love in the form of listening to them and seeing things and life from their perspective. ‘My Source’ rounds out the album with a hopeful prayer and a contemplative last song, to place our minds into a space where we allow the lyrics of the track to take hold as we reflect upon who in fact is our source of strength and life, during such a time as this.

‘…we talk to people a lot, and we always try to minister to them in some way. We talk to people at shows, and sometimes it’s easy to have the same conversation 1,000 times. I pray that we will be present with people. We try to be, and it’s a goal that we have. We want people to know that we’re available to talk. Pray that God will help us keep that mindset; and keep the focus on where it’s supposed to be. Pray that people can hear these songs and have an open heart when they hear it. Also, we play concerts for a living, and everything shuts down. We’re confident that God will provide, but it’s an uncertain time for us for sure…’ If there’s any doubt that this ‘new’ Carrollton with the new lead singer was ever going to work, it was quelled and crushed upon hearing this impressive ‘debut’ from this now-country-leaning quartet that is able to place their faith front-and-centre in terms of sharing it in every song they sing in a non-threatening way. Carrollton has given to us 8 songs of joyous praise and rousing declaration, and is a perfect way to hear these truths that we desperately need to hear during this fragile and delicate time at the moment- that Jesus is our source in everything, and that whatever we’re afraid of, we can give to the Lord and He’ll give us the courage and clarity to keep moving forward. Well done Carrollton for such a powerful album, one that I’m gonna keep on repeat for a while yet!

3 songs to listen to: Not Afraid of the Dark, Hold You, My Source