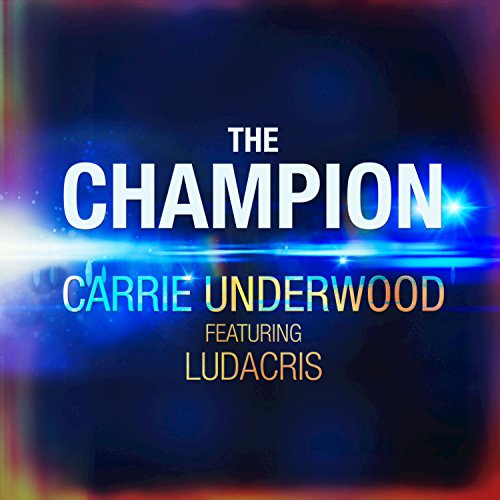 Country superstar Carrie Underwood, winner of season 4 of American Idol way back in 2004, has wowed us time and time again with her smash hit singles “Jesus Take The Wheel”, “Before He Cheats”, “Just A Dream”, “So Small”, “Temporary Home”, “Undo It”, “Good Girl”, “Blown Away”, “See You Again”, “Something In The Water”, “Little Toy Guns”, “Heartbeat” and “Church Bells” to name a few. A country artist through and through, and also having a strong Christian faith; Carrie has won countless Grammy Awards, Billboard Music Awards, Academy of Country Music Awards, American Music Awards, Country Music Association Awards, and Teen Choice Awards; and also was inducted into the Grand El Opry in 2008 and the Oklahoma Music Hall Of Fame in 2009, for her achievements and accomplishments in country music. Which begs the question- why haven’t we as a site reviewed her music? This site was created in 2014- we could have reviewed Carrie’s 2015 album Storyteller…

Though I heard of Carrie’s music and a few of her hit songs here and there over the years, country music overall wasn’t my thing. Although I did appreciate Carrie’s music and enjoyed her songs very much (s musically, lyrically and thematically, she has created plenty of gems and hidden treasures!), in the past I couldn’t really ‘get into’ country music, to the level that I could actually thoroughly and extensively review any tracks, particularly as Carrie in currently ministering to the mainstream. This year though, I have bitten the bullet- Carries newest single “The Champion” is so inspiring and engaging, that I couldn’t not review this track. Despite this track being a pop song, and a massive deviation from Carrie’s signature and distinctive sound; “The Champion” nonetheless still captures the passion and emotion that Carrie possesses in her previous offerings throughout her entire discography. While I haven’t exactly heard a single Carrie Underwood album from start to finish, I reckon “The Champion” may change all of that (as I will most likely revisit her albums in the coming months, and take a chance on them!)- who knows, you may see a ‘throwback’ mini-review of one of Carrie’s albums on this site in the future!

Starting off with a captivating piano solo, and then with Carrie launching in with her explosive, fervent and honest vocals, against a backdrop of vibrant guitars and haunting electronic synth, we are presented with an inspirational tune that declares that we as humans have the power to accomplish anything if we put our minds to it, and work hard with grit and determination. Similar in theme to Carrolton’s “Made For this”, “The Champion” was released specifically as an anthem for the 2018 Super Bowl and the 2018 Winter Olympic Games- and in my opinion, Carrie’s hard hitting, thought provoking, relevant and punchy anthem, complete with a timeless message of never giving up in whatever you do; is sure to take her to places she has never been before. Maybe this is her time to break into the pop market; and change the world that way. With rapper Ludacris brilliantly lending his ‘vocals’ and expertise in the pulsating and moving bridge; “The Champion” is a track sure to get us singing along, as we cry out along with Carrie that ‘…I am the champion, you’re gonna know my name, you can’t hurt me now, I can’t feel the pain, I was made for this, yeah, I was born to win…’.

It is not known whether Carrie’s unexpected foray into pop music is a permanent or a temporary thing, and it is also not known whether “The Champion” is the lead single off an unnamed or even unfinished new studio album releasing sometime this year. Regardless, this song in its own right is a joy to listen to; and has me appreciating Carrie Underwood’s unique voice and her inspiring music all the more. So, what can we do as we anxiously wait for and anticipate Carrie’s new album? Well, we can listen to “The Champion” multiple times, until we fully understand that we can accomplish anything and can conquer any adversities, so long as we believe that we are champions, and also so long as we ask God to help us in tight spots and situations.