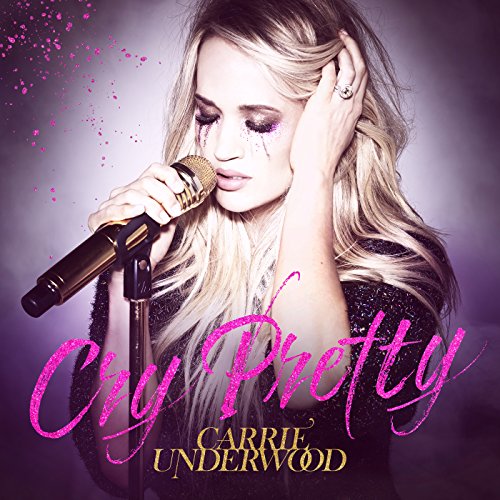 “…I’ve been in the studio writing and singing a TON, but I’ve also been able to be creative in a way that I’ve never been before, which has been very fulfilling and empowering. While I was writing last year, I met a writer/producer named David Garcia. We hit it off in a big way and I’m excited to say that we are co-producing my album together. I’ve always been lucky to have a voice in the writing and recording process, but this is the first time I am this involved in the production of my music. It’s been challenging and incredibly rewarding to be involved in every aspect from start to finish. David has been an amazing teacher and partner, and I’m so proud of what we have created…” Country superstar Carrie Underwood, winner of season 4 of American Idol way back in 2004, has wowed us time and time again with her smash hit singles “Jesus Take The Wheel”, “Before He Cheats”, “Just A Dream”, “So Small”, “Temporary Home”, “Undo It”, “Good Girl”, “Blown Away”, “See You Again”, “Something In The Water”, “Little Toy Guns”, “Heartbeat” and “Church Bells” to name a few. A country artist through and through, and also having a strong Christian faith; Carrie has won countless Grammy Awards, Billboard Music Awards, Academy of Country Music Awards, American Music Awards, Country Music Association Awards, and Teen Choice Awards- and she was also inducted into the Grand El Opry in 2008 and the Oklahoma Music Hall Of Fame in 2009, for her achievements and accomplishments in country music. While in the past we hadn’t reviewed her music for various reasons (one of which was that I didn’t appreciate country music all that much all those years ago!), it is this year that I have started to take notice of Carrie’s music. Her latest single “The Champion” is one of those inspirational and passionate hard hitting power ballad anthems that encourage us to do our very best at life, and now the title track of her upcoming album Cry Pretty (releasing in September this year!) has dropped, and boy is it very personal, emotional, honest, relevant and impacting!

Driven by keys and light electric guitar, the ballad with a country twang (because Carrie is a country artist after all, so I guess a ballad tailor made for the country genre is to be expected) hits home for Carrie very much, as it describes her own feelings after her nasty fall in November last year (in which she required multiple surgeries and stiches, as well as ample recovery time). The song honestly delves into the theme of being able to fake our way through anything (and most things quite well), except for the hard emotions, such as crying- and Carrie takes the theme further, and inspires us to not to even try to ‘pretty cry’ because it can never be accomplished. Hiding behind a mask and saying that we’re ok all the time is very unrealistic, and Carrie overtly reminds us all that we can and as should be real with all of our emotions- the notion of keeping our emotions real, and not always trying to look perfect and act like we have everything all together, rings true for even the guy who does try to be honest and real 90% of the time. In fact, I reckon even 50, 100 years from now, “Cry Pretty” will still resonate with each one of us, because it’s real, it’s honest, and speaks about problems that each of us can identify with. At the core, “Cry Pretty” speaks about the problem of perfectionism, and Carrie releases us from this burden, declaring that ‘…you can’t turn off the flood when the dam breaks, when all your mascara is going to waste, when things get ugly, you just gotta face, that you can’t cry pretty…’ (obviously, the niche market for the song is females!); while also pointing out that being authentic and experiencing life like a person with emotions, is much more fulfilling and satisfying than acting like we’re ok 100% of the time. Heartfelt and inspiring, Carrie’s epic and emotional ballad definitely whets my appetite for her new album releasing later on during the year.

“…the first single is a song I love so much and can’t wait to share with you. It’s called “Cry Pretty” and I wrote it with three incredible women: Hillary Lindsey, Liz Rose, and Lori McKenna, who also write under the name Love Junkies. I joined one of their writing sessions last year to see if we could come up with some magic…and we did! The title refers to when emotions take over and you just can’t hold them back. It really speaks to a lot of things that have happened in the past year and I hope when you hear it, you can relate those feelings to those times in your life. It’s emotional. It’s real. And it ROCKS!…” With “The Champion” being a pop song, and this new melody being more on the country side, it is not known whether Carrie’s unexpected foray into pop music earlier in the year is a permanent or a temporary thing; regardless, “Cry Pretty” shows Carrie at the top of her game, as she emphatically conquers her adversity of insecurities due to her fall, and reminds us all that though emotions are real and that we are allowed to feel them in real time, we should use these emotions to make us stronger as people and more resilient in this bumpy road called life. With both this and “The Champion having me appreciating Carrie Underwood’s unique voice and her inspiring music even more; why don’t we listen to both “The Champion” and “Cry Pretty” multiple times until Cry Pretty releases? I guarantee it, these songs will change your outlook on a few hard-hitting issues in life- so what are you waiting for? Carrie’s voice is sublime and flawless, check it out! You won’t be disappointed.